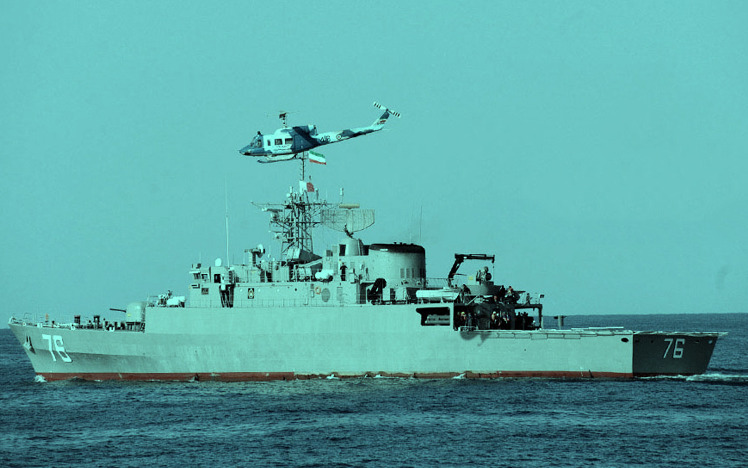 Jamaran, lead ship of the Moudge-class.

The Iranian Navy seized but later released two unmanned surface vessels (USV) of the US Navy in the Red Sea, the Iranian TV reported on September 1.

According, to the state-run TV, the two USVs were temporary seized by the Moudge-class frigate “Jamaran” because they were jeopardizing maritime safety in the Red Sea.

“The (Iranian navy) frigate Jamaran seized the two vessels on Thursday to prevent any possible accident after issuing warnings to the US fleet. After international shipping lanes were secured, the two vessels were released in a safe area,” the TV said.

Footage aired by the Iranian TV showed more than a dozen Iranian navy personnel pushing two Saildrone Explorer USVs into the sea from the deck of Jamaran.

The Saildrone Explorer is equipped with sensors, radars and cameras for navigation and data collection. The USV combines wind-powered propulsion technology and solar-powered meteorological to achieve a mission duration of up to 12 months.

Earlier this week, the US Navy announced that it had prevented a support ship from Iran’s Islamic Revolutionary Guard Corps Navy from capturing a Saildrone Explorer in the Persian Gulf. However, Iran said that the USV was temporary seized because it posed a danger to maritime traffic.

The US Navy 5th Fleet, which is based in Bahrain, has been working to expand the use of unmanned systems in its areas of operations. Last year, a special task force was established to rapidly integrate such systems in the fleet’s operations.

Iranian naval forces stepped up their operations in the Persian Gulf and the Red Sea in the last few years in response to threats from the US and its allies in the Middle East, first and foremost Israel.

No country can do that to Usa until İran.! İran is brave heart infact. Ezraeel and others are like toys of USA.. hehhheh. So if its brave its evil for West world! Its bad country. Saaudi is democratic… hehehe As because its silly! Araps. Persians are the future… folow them. Ezraeel.!

What a dumb thing to do. One of these days one of those sea drones is going to go kaboom and sink a major Iranian warship when they bring it aboard.

America is not a banana republic. It’s a bagel republic. :(