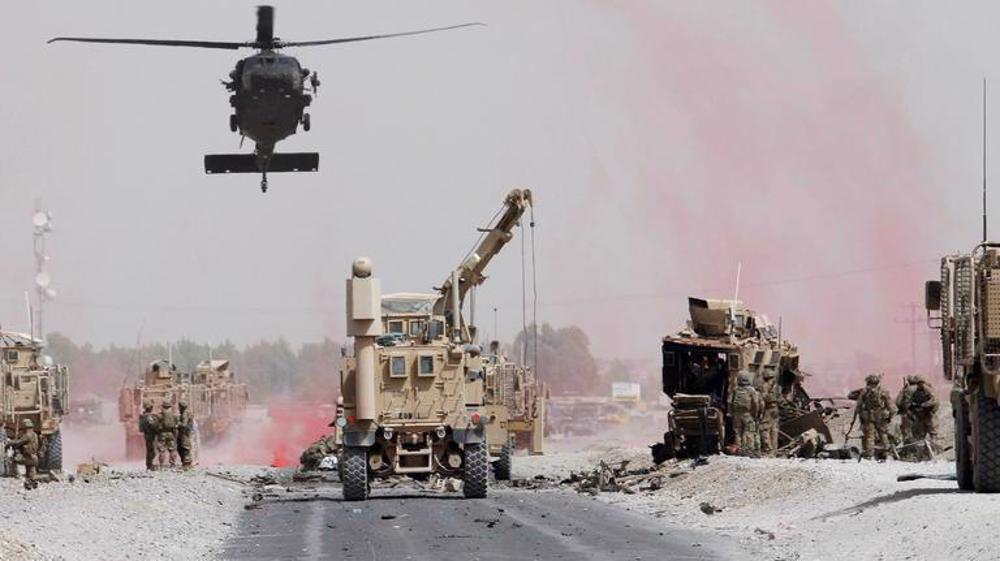 Iran said that it blamed US adventurism and that of its allies for the emergence of terrorist groups, including ISIS, and the subsequent rise of unprecedented violence in the Middle East region.

“Today, civil society groups in the West have realized that military adventurism of the US and some of its Western allies in our region have paved the way for the emergence and rise of terrorist groups like Daesh and al-Nusra Front, as well as totally unprecedented, brutal and merciless violence in our neighbors,” Foreign Ministry spokesman Saeed Khatibzadeh said in a video message to mark the International Day of Remembrance and Tribute to the Victims of Terrorism.

He said the dual challenges of terrorism and extremism are a natural consequence of the inefficiency of the current international situation, noting the two woes are not limited to a certain region.

Khatibzadeh said “adventurous and tactless politicians” have played a key role in the recent developments in the West Asia region, noting they ignite the flame of war in the region.

This provides the most prone environment for the growth of extremism, but as the situation gets tense, they take no responsibility for their actions and get away with it while they shamelessly boast of their so-called achievements.

He described Iran as a survivor of and one of the hardest-hit countries by terrorism, marking high-ranking figures that fell victim to terrorism, including top anti-terror commander General Qassem Soleimani, who, Khatibzadeh said, “according to his enemies, strongly resisted terrorism and destroyed Daesh”, and nuclear scientists, including Dr. Mohsen Fakhrizadeh, besides thousands of Iranian civilians.

“The Islamic Republic of Iran … is determined to help build a world free of violence, a world where people determine their own fate and no nation is a tool for the ambitions and recklessness of another country,” he said.

Meanwhile, Russia said Iran’s decision to take more steps away from the 2015 nuclear deal by producing uranium metal and increasing uranium-enrichment capacities stem from a lack of progress in negotiations.

“Iran’s actions are yet another deviation from the agreements set forth in the Joint Comprehensive Plan of Action for the settlement of the Iranian nuclear program (JCPOA), Russian Foreign Ministry spokeswoman Maria Zakharova said in a statement on Tuesday.

“We understand that in many respects the reason for this step was the lack of specific practical results of efforts to restore the full implementation of the nuclear deal, while the unilateral US sanctions against Iran and other countries cooperating with it remain intact,” she said.

Iran needs to be more specific. They need to start isolating the actual policy makers (i.e. adventurous and tactless politicians).

The Ameri-dogs, as we refer to them here in my country, have known how to hoodwink and manipulate its gullible masses with the old tried and tested “rally around the flag” propaganda gimmick for decades. Let’s start a war so as to deflect from the ills that affect our not so benign society. The sad thing is that the populace falls for it every time. I, however, tend to listen to REAL Americans like the Hopi natives of Arizona whose shamanic leaders say that the United States is dying. To me, it has been more than obvious for over 30 years.

And Iran is right about it.

Stupid Mollah blame everyone but themself..