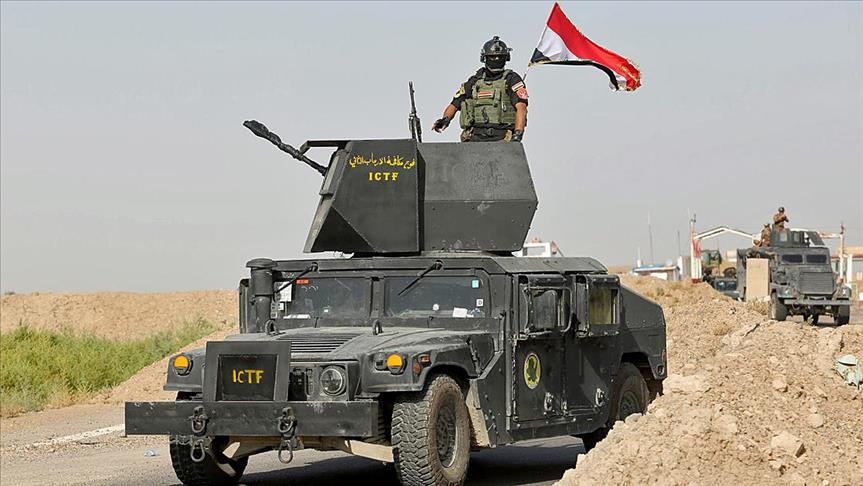 On Saturday, Deputy Chief of Staff of Iran’s Armed Forces Brigadier General Massoud Jazayeri announced that Iran and Iraq will hold joint military drills along their border with Iraq’s Kurdistan Region in the coming days.

“The joint maneuver, [dubbed] Eqtedar (Strength), will be held by Iran’s Armed Forces and units of the Iraqi army along the two countries’ joint borders,” Brig. Gen. Massoud Jazayeri said after a high-level meeting of Iranian commanders.

According to Brig. Gen. Jazayeri, high-ranking commanders of the Iranian Armed Forces attended the meeting that was headed by Chairman of the Chief of Staff Major General Mohammad Baqeri.

Brig. Gen. Jazayeri said that the aim of the meeting was to discuss the Iraqi government’s official request to help it to impose its control on the Iraqi-Iranian border.

“In line with the declared policies of the Islamic Republic of Iran to help safeguard Iraq’s solidarity and territorial integrity and following a request by the central Iraqi government for cooperation with the Islamic Republic of Iran on the establishment of the central government’s authority on the two countries’ border terminals … necessary decisions to establish security along borders and receive forces of the Iraqi central government for deployment at border posts,” Brig. Gen. Jazayeri said about the meeting.

Back on September 28, US State Department spokeswoman Heather Nauert said that the US is against any military move by Iran and the Iraqi Federal Government against the Kurdistan Region.

“We would oppose any violence if that were to take place … We hope our voices will be heard in a very strong fashion that we oppose violence on any side of this,” Nauert said.

SDF shills: HOW DARE THEY HOLD DRILLS IN THEIR OWN BORDERS! Same shills: Thanks America for invading foreign countries to fight for us!

Michael Qiao
Reply to  Assad Did Nothing Wrong™

PJAK Terrorists currently hide in KRG and attack Iranian cities, Kordish regions mind you, and murder low-level civil servants (Iranian Kords or else) or generally whoever they can. Perhaps Iran and Iraq governments plan to use this drills to root out some of these hide outs.

These terrorists whine that Iranian Kords are not in the government body (they are) on one hand, and on the other hand assassinate any Kord who dares to participate in local elections or becomes governor, mayor or city council member on the ground that they are “traitors”.

Intelligence agencies spend a lot to create unrest in Iran’s border areas and arm/fund terror groups like PJAK and Jondollah (Iran’s Baluchistan) and their governments accuse Iranian armed forces which pay with their blood to fight them and maintain security of being a terror group. I don’t think they like it when the table is turned. We shall see.

Erdogan thought that Barzani is his lap dog. That fact that he was taking lots of bribery from Turks didn’t change that Barzani has higher order masters (Israel) that ordered him to get on with referendum. Erdogan said that he didn’t believe Barzani will do it till the last day but poor Kurd had no choice. Now an old conflict is pushed into hor phase and Kurds will be spent for Israel/US interests. That’s their choice (majority did buy into this independence idea i.e. “let’s get together and still some land from Iraq, Surya because higher power (US/Israel/UK) says that they will help.) but sad thing is that Kurds will draw blood before they learn their lesson.

This is an implicit recognition of KRG as an independent state.

Iraq can only have a border with the KRG when they are separate countries.

So thank you Iran and Iraq.

As for having drills , if it makes you happy, have them by all means. Just stay on your side of the border.

you should not show shour shitty finger, after you pulled it out from your asshole.

No, I’m not showing it. I’m feeding you and your pedophile Ayatollahs my shit! ??

why so mad kike?

do I hear a sound of children? I knew it, you fucking pedophile! GET AWAY FROM THOSE KIDS! HAHA! You mad bitch!

Don’t just suck on this:

I never asked for a picture of your mum and dad. HAHA!

I’m not a kike

It means that they’ve had enough of Israelistan and are taking measures to contain and eliminate it.

Why do you type with such bravado the only constitution of any law anymore is the Iraqi constitution as the KRG project is ended by the Iraqi Govt , you do understand law when a breach occurs it nullifies all agreements and limits the authority to make law by the party in breach. You should watch your tongue so it doesn’t end up in your ass.

You prove my point! You dumb illiterate, uneducated mule! ?

Here read, for the first time in your pathetic life!

Time for you blatant arrogance and your ignorance to recognize that you showed me a provincial Document which doesn’t have jurisdiction over a federal document , the breaches by the KRG have been noted even before that date so that means that the KRG is not a legal entity anymore as it breached it’s own constitution.

And your document? doesn’t have jurisdiction! HAHA! it states the violations, just because Baghdad doesn’t agree with it, it doesn’t mean it isn’t true. DUMB FUCK!! Tell did Baghdad hold the referendum in 2007? DID THEY?

And Baghdad does not have authority in KRG, any law passed by Baghdad has to go through the KRG parliament and voted on, otherwise doesn’t mean shit.

Also The Preamble to the Constitution bitch!!!

This is quite the opposite from your assumption and equivalent to provincial borders being surrounded soon as Hawija is finished they will be able to secure Kirkuk and other regions. This is a pretty straight forward issue and dealing with the Dictator Barzani will be easy and NATO purposely under trained them so they could be easily defeated. Iraqi Army was given the full military training. The US trained the Peshmerga so this should be funny they will be pretty much like the Afghan Army.

““We would oppose any violence if that were to take place … We hope our voices will be heard in a very strong fashion that we oppose violence on any side of this,” Nauert said.”

Then the US shouldn’t have any problem with Syrian and Iraqi forces stationing forces at the Syria Iraq border, without being blocked or attacked by the Kurds. To split Israelistan in two and control the border crossings.

After the Kurds are betrayed by the US, and realize that all of their victories far far away in Syria are for nothing, they will soon be heading home to defend their real homeland. And along the way, they will be singing that old anti-war song by Country Joe McDonald from the 1960’s.

All together now Kurds ….

Another bloodbath coming. Kurds fantasy of Kurdistan will be destroyed. U.S. does not support it and end of story.