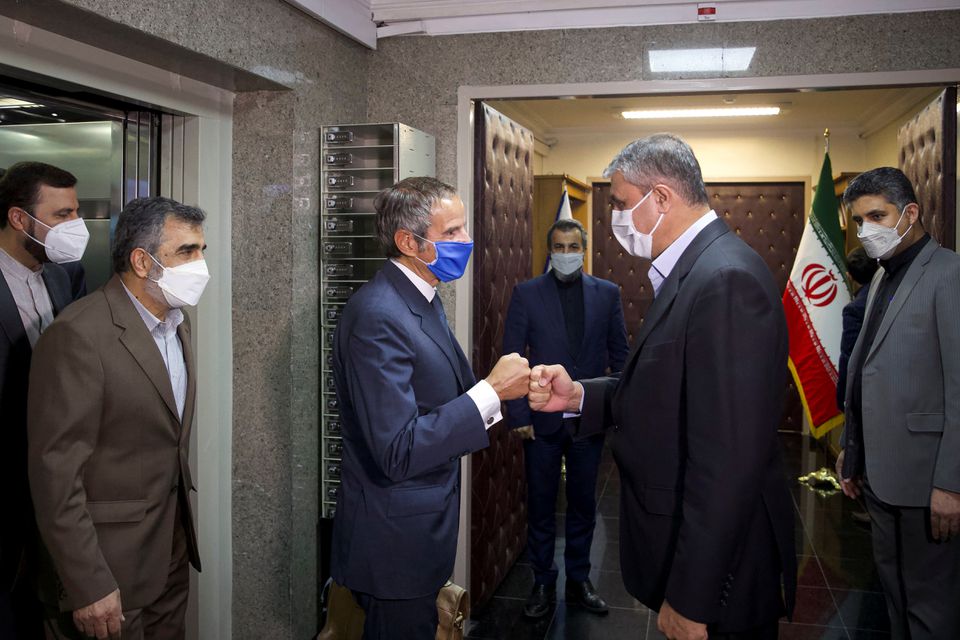 On September 12th, the UN nuclear watchdog – the International Atomic Energy Agency (IAEA) reached an agreement with Iran to solve “the most urgent issue” between them.

Namely, the IAEA and Iran agreed on the overdue servicing of monitoring equipment to keep it running.

IAEA chief Rafael Grossi obtained the agreement in a last-minute trip to Tehran he called “constructive” before a meeting of his agency’s 35-nation Board of Governors this week at which Western powers were threatening to seek a resolution criticizing Iran for stonewalling the IAEA.

A resolution risked an escalation with Tehran that could kill the prospect of resuming wider, indirect talks between Iran and the United States on reviving the 2015 Iran nuclear deal.

Western powers have urged Iran to return to negotiations and said time is running out as its nuclear programme is advancing well beyond the limits set by the deal, which Washington abandoned in 2018.

“We managed to rectify the most urgent issue: The imminent loss of knowledge we were confronted with until yesterday. Now we have a solution.”

The coordinator of the now-stalled nuclear talks, European Union political director Enrique Mora, said on Twitter that the agreement “gives space for diplomacy”, adding it was crucial for the talks to resume as soon as possible.

The 2015 agreement introduced monitoring of extra areas of Iran’s nuclear programme beyond those supervised under Iran’s core legal obligations to the IAEA.

Iran said in February it was abandoning that monitoring, which covers areas like the making of parts for centrifuges – the machines that enrich uranium.

“The reconstruction and the coming together of the jigsaw puzzle will come when there is an agreement at the JCPOA level, but at that time we will have all this information and there will not have been a gap,” he said.

The agreement did little to resolve another issue between the IAEA and Iran – Tehran’s failure to explain uranium traces found at three undeclared former sites.

Grossi said Iran had invited him to return soon and he expected to meet the country’s “highest authorities”.

“This may take time. It’s not heroic but it’s much better than any alternative,” he said of efforts to resolve that issue.

Diplomats said the United States and its European allies had not yet decided whether to seek a resolution against Iran at the IAEA Board of Governors meeting, which starts on September 13th.

While describing Iran’s “concessions” on monitoring as “very modest,” Eurasia Group analyst Henry Rome said “they will almost certainly be sufficient to avert censure at this week’s meeting.”

Install a billion cameras but that will still not stop the enrichment levels, the nation will not step back just so some countries can feel better about them selves and iran doesn’t get jack shit in return.

Legitimacy of “international laws / organizations” aside, everyone have the right to build whatever weapons they need to defend themselves. North Korea have proven that nuclear weapons is the key to survival.

Well and wisely said! Bless you.

As soon as IAEA go to Israel and Dimona, they should also order them to stop enriching or whatever, that same moment they can just check what is going on about this in Iranian facilities.

In other words, Iran bends over again and grabs its ankles, while ZioAmerica suffers no repercussions. Same as it ever was.

Ahson
Reply to  Fog of War

What do you want to do here? The US runs 90% of the worlds countries on influence and economy. Getting upset and going in a corner to sulk is not going to do diddly.

Fog of War
Reply to  Ahson

Kick the inspectors out completely as they failed to enforce ZioAmerica’s side of the deal. Pretty simple huh ?

Last edited 1 year ago by Fog of War
1
Reply

The US pulled out of the deal and most of the others did as they were told by the US . Sanctions were also imposed which together totally negated the deal. Why do those that puled out demand the other side must abide by it. Iran are fully within their rights to ignore the US demands which will forever be changed so as they can never be met. Even if they were met the US would just say we will consider dropping sanctions in another ten years so what is the point of Iran even trying. America must first drop all sanctions which must be seen to be dropped. US must return all money illegally held by the US with all interest owing before Iran do a thing. No one trusts the US through decades of US non compliance whenever it suits them