While most indie media was focused on debating the way people talk about Kanye West and the disappearance of Saudi journalist Jamal Khashoggi, an unprecedented escalation in internet censorship took place which threatens everything we all care about. It received frighteningly little attention.

After a massive purge of hundreds of politically oriented pages and personal accounts for “inauthentic behavior”, Facebook rightly received a fair amount of criticism for the nebulous and hotly disputed basis for that action. What received relatively little attention was the far more ominous step which was taken next: within hours of being purged from Facebook, multiple anti-establishment alternative media sites had their accounts completely removed from Twitter as well.

As of this writing I am aware of three large alternative media outlets which were expelled from both platforms at almost the same time: Anti-Media, the Free Thought Project, and Police the Police, all of whom had millions of followers on Facebook. Both the Editor-in-Chief of Anti-Media and its Chief Creative Officer were also banned by Twitter, and are being kept from having any new accounts on that site as well.

“I unfortunately always felt the day would come when alternative media would be scrubbed from major social media sites,” Anti-Media’s Chief Creative Officer S.M. Gibson said in a statement to me. “Because of that I prepared by having backup accounts years ago. The fact that those accounts, as well as 3 accounts from individuals associated with Anti-Media were banned without warning and without any reason offered by either platform makes me believe this purge was certainly orchestrated by someone. Who that is I have no idea, but this attack on information was much more concise and methodical in silencing truth than most realize or is being reported.”

UPDATE on the massive Purge of 800 dissident voices happening in the U.S.

It is now clear that there is either (A) some degree of communication/coordination between Twitter and Facebook about their respective censorship practices, or (B) information being given to both Twitter and Facebook by another party regarding targets for censorship. Either way, it means that there is now some some mechanism in place linking the censorship of dissident voices across multiple platforms. We are beginning to see smaller anti-establishment alternative media outlets cut off from their audiences by the same sort of coordinated cross-platform silencing we first witnessed with Alex Jones in August.

This is about as acute a threat to our ability to network and share information with each other as anything you could possibly imagine. If new media outlets are beginning to silence dissident voices together in unison, that means we can see entire alternative media outlets not just partially silenced but thoroughly silenced, their ability to grow their audiences and get information out to heavily populated parts of the internet completely crippled.

This is huge, this is dangerous, and this is being under-reported. When I was removed from Twitter in August for “abusing” John McCain, there was a large and outraged uproar on Twitter, and my account was quickly restored with an apology. And I’m really grateful for that, but the phenomenon of multiple high-profile alternative media outlets suddenly being silenced in unison by the two biggest social media platforms should be generating more outrage than some ornery Australian blogger losing her Twitter account, not less. This should be the top story in alternative media, because it affects us all.

Is this a private entity? pic.twitter.com/5oGABYjMqz

Any time you try to talk about how internet censorship threatens our ability to get the jackboot of oligarchy off our necks you’ll always get some guy in your face who’s read one Ayn Rand book and thinks he knows everything, saying things like “Facebook is a private company! It can do whatever it wants!” Is it now? Has not Facebook been inviting US government-funded groups to help regulate its operations, vowing on the Senate floor to do more to facilitate the interests of the US government, deleting accounts at the direction of the US and Israeli governments, and handing the guidance of its censorship behavior over to the Atlantic Council, which receives funding from the US government, the EU, NATO and Gulf states? How “private” is that? Facebook is a deeply government-entrenched corporation, and Facebook censorship is just what government censorship looks like in a corporatist system of government.

Speaking of the Atlantic Council, it recently published a very interesting 21-page document about a US military conference detailing, in present tense, how Silicon Valley tech giants are being used to nullify the threat that the new media landscape poses to the US power establishment.

Of this document, World Socialist Website writes the following:

Enter the social media companies. The best mechanism for suppressing oppositional viewpoints and promoting pro-government narratives is the private sector, in particular “technology giants, including Facebook, Google, YouTube, and Twitter,” which can “determine what people see and do not see.”

Watts adds, “Fortunately, shifts in the policies of social media platforms such as Facebook have had significant impact on the type and quality of the content that is broadcast.”

The private sector, therefore, must do the dirty work of the government, because government propaganda is viewed with suspicion by the population. “Business and the private sector may not naturally understand the role they play in combating disinformation, but theirs is one of the most important…. In the West at least, they have been thrust into a central role due to the general public’s increased trust in them as institutions.”

A securocrat's vision for state censorship (as channeled through the Atlantic Council)https://t.co/0vBzkZT1WU

The best way to deal with a manipulative sociopath is to point and make a lot of noise every time they do something weird and creepy. The more you let them abuse you in private, the more they can rope you in and get you playing along with their sick agendas. If you notice them doing something weird, the best way to nullify all the tools in their wicked little toolbox is to point and yell “Hey! What are you doing?? Why are you doing that? That’s weird!” Get people looking, because such beasts can’t advance their manipulations with a lot of critical eyes on them.

Propaganda and censorship operates very much the same way. If you are unfamiliar with the concept of the Streisand effect, I encourage you to begin to acquaint yourself with it. Named for an incident in which Barbra Streisand attempted to suppress online photographs of her Malibu residence and thereby inadvertently drew far more attention to them, the Streisand effect describes the way attempts to hide and censor information can be used to draw more attention to it if the coverup attracts the interest of the public eye. Every censor needs to prevent this from happening in order to do their job effectively; if it looks like removing something from public view would draw more attention to it, then they cannot practice censorship in that case.

So let’s Streisand this thing up, hey? Let’s make a big angry noise about this new cross-platform escalation in internet censorship, and let’s make a big angry noise any time anyone makes a move to silence dissident political speech in the new media environment. Manipulators can only function in darkness, so let’s never give them any. Anything they try, we need to make a ton of noise about it. That by itself would be throwing an enormous stumbling block in their path while we find new ways to clear a path for more and more networking and information sharing. These bastards have controlled the narrative for too long.

In a word; FASCISM.

then what is in russia and china?

It’s a definition not a contest. The US is becoming less liberal while the reverse is happening the nation’s you mentioned. Our elections do not meet international standards for fair and transparent. Hence you have Trump in the White House and Congress full of buffoons.

Rather then bitch and moan that Facebook and Twitter are purging the alternative media, they should try and come up with new alternative platforms instead? Its happening, we’re not going to sway these corporations, they’re soulless and fear government retaliation more then they fear us.

Kinda like when Napster got shutdown a whole new generation of filesharing programs got developed that wasn’t prone to getting shutdown because they didn’t use a central server like Napster did.

I agree. Why is there no alternative yet to these mainstream products (because, in the end, they are simply products, apps)? These days with so many new and powerful tools available to create content for new websites and smartphone apps, i wonder why some person or group has not come up with an alternative to these thought-control apps like Facepalm and Twit. The same goes for Utube.

With the worldwide internet and servers based in many, many countries, it should be very possible to create several new apps by different groups and people to replace and do a better job than the current TLA-infested crap that is out there. Instead of reacting in alarm to these developments, create alternatives. “Build it, and they will come…”

After all, these are “private companies” and in business, real competition is always good. Let’s see some other companies sprout up and start eating the lunch of these censoring abominations like FB and Twitter.

Any takers out there?

gab.ai Minds and voat.co are pretty good.
I use those on a daily basis to socialize. voat is like reddit, gab and minds are like twatter and fakebook. very large and established community, there is no lack of people between those 3 also, Q officially endorsed voat.co/v/QRV so, that may be a place to get inside information/news before it haptens.

Simple. They are stopped by government from doing so. Any new platform that does work will be shut down by US gov as being too threatening of its buddy spies,Facebook,Twitter and Insta.

Let’s try it and find out. At the very least, shutting it down would be great Streisand moment.

Boykot Fakebook and other fake companies. 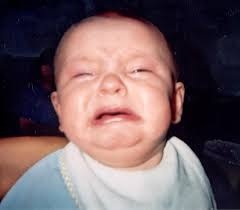 Plz don’t abuse children by posting images like that. It breaks my heart. Yes, I can feel pity. Can you?

How very Soviet! Who would have thunk it???
This must be the death of these platforms as a political vehicle and they will be replaced by free thought platforms.
Has freethought.com been taken???
Yes it has!

no boy, soviet is in russia. according to russian official stisics, thos year blocked 10 000 websites, there is no VPN allowed, no Tor.

If you’re interested in any conspiracy theory and you type it into google, all you get now is hits from mainstream media sites… as if..

Who is Kanye West? Seriously. And yes, we need alternatives to horrid FB and ghastly Twitter.