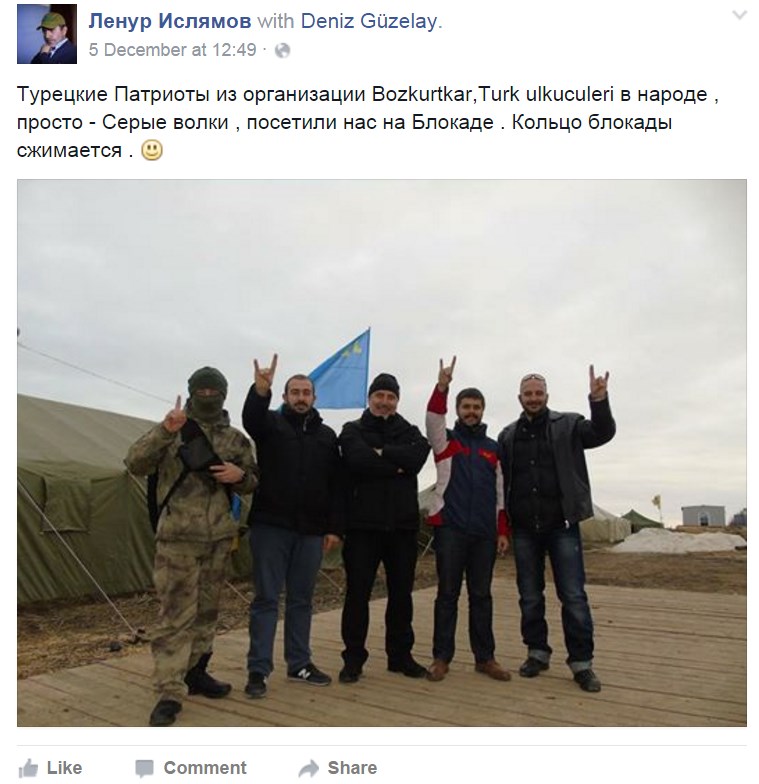 Originally appeared at Rusvesna, translated by Carpatho-Russian exclusively for SouthFront

“Representatives of the organization Bozkurtlar, Turk ulkuculeri (Gray wolves) are joining the Civil Blockade of the Crimea”, reports one of the organizers of the action, Lenur Islyamova, on their official page of action and on Facebook.

It was precisely the militants from this organization that shot Oleg Peshkov, the pilot of the Su-24 of the Russian Federation AFS brought down in the sky of Syria.

According to foreign sources, the “Gray Wolves” are a neo-fascist terrorist organization, on the conscience of which are hundreds of innocent victims, both in Turkey and abroad.

In addition to explosions and political murders, wide resonance was evoked by the attack on Pope John Paul II by the “Gray Wolves” carried out by the international terrorist Mehmet Ali Agca with accomplices.

It is curious to note that the “goat” in the photo is in this case not a hard rock symbol, but the trademark of the “wolves”, symbolizing the standing ears of a wild animal and three fingers in the form of a muzzle.