The recent couple of years have seen a rather unhealthy rise in interest in the concept of so-called “Intermarium,” or an alliance or block of countries bridging the Baltic and Black Seas, though some variations on the theme go further afield. This concept has become popular in several countries all at once, which is sufficient to warrant a closer analysis and to evaluate what new plans to redraw the map of Europe, or at least its spheres of influence, are afoot.

The concept does have its adherents in the US, largely on the unofficial level since EU and NATO are official “sacred cows” with no hint allowed of US government desiring to make hamburgers out of them. Which is not stopping unofficial “trial balloon floaters” from having a field day:

Here’s the Stratfor version, which is pretty conventional and unimaginative ( George Friedman’s telltale qualities)  inasmuch as it consists of mostly NATO countries, with a few pro-US Caucasus add-ons. Friedman’s “new containment” is little more than a restatement of an ongoing US policy rather than a prediction of future political realignments. The Selous Foundation version authored by a Polish writer, on the other hand, takes that extra special step and includes not only Ukraine, but Belarus as well, in addition to the usual NATO suspects. This version, or something akin to it, ought to be viewed as the more “legitimate” Intermarium, given that it is fundamentally a Polish project which may or may not be endorsed by outside parties.

Indeed, it has considerable historical provenance, going back to the ideas of Jozef Pilsudski who dreamed of recreating the 17th Century “Commonwealth of Two Nations” in the form of, once again, a confederacy. 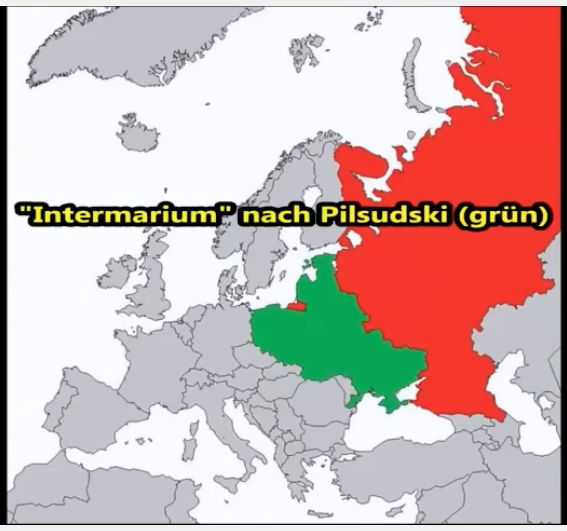 To be sure, some versions of the idea go a few steps further by including countries that have never been part of any Polish state. Bulgaria, seriously? 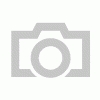 Another Polish version, which actually warranted a whole book on the topic (this is the cover illustration, incidentally), likewise harkens back to the times during which Poland was tied by a variety of “personal unions” (multiple states sharing the same king, not unlike the late Austro-Hungarian Empire) with several other entities of Central Europe.

At its most extreme, Intermarium maps amount to an alliance of countries that find themselves sandwiched between Russia, Germany, Baltic, and Black Seas. Under Polish hegemony, naturally. The more realistic variants confine themselves to Ukraine, possibly Belarus, and of course at least some of the Baltic States. Ukrainian version: this is a relatively recent addition, but clearly the idea is finding a few adherents in the Land of Banderites whose prospects for joining EU or NATO are vanishingly small.

The neo-Nazi Azov Regiment actually dedicated a lengthy article to the idea. Though obviously here Ukraine is the leading nation, with other countries revolving in Ukraine’s orbit. This is a feature peculiar to all of the versions of Intermarium: each national edition assumes, contrary to all logic or historical evidence, that other countries on the map will accept their historical neighbor’s “leading role” and can’t conceive of roles ever being reversed. Because no Pole would ever agree to be part of a Ukraine-dominated Intermarium, and no Ukrainian would tolerate a Polish-dominated one. For that reason, if an Intermarium, in whatever borders, ever takes shape, it will require an external hegemonic power which forces cooperation among its members. That is true for every historical precedent, including the Polish Commonwealth and, more recently, France-led Little Entente which, crucially, did not include Poland.

The same was true for the inter-war concept of Cordon Sanitaire, likewise French-led, with the idea of containing the “Marxist plague” from infecting the rest of Europe. Most of these countries would in due time become members of the Axis and participants in the German invasion of USSR, which is why any rejuvenation of this idea most likely presupposes its continuation to the logical conclusion…

The phrase has even been revived with that specific purpose in mind:

To be sure, in some respects “Intermarium” exists already today, in the form of Eastern Partnership under the German–EU aegis, with  even more ambitious goals as it amounts to a Baltic Sea-Black Sea-Caspian Sea Axis. It is probably not a coincidence that the concept of Intermarium is being floated just as Eastern Partnership is sinking. Clearly, the concept is in the need of a reboot. But who is doing the rebooting, and why? One has to remember here that Intermarium, at least in the Polish version (which is the most advanced and has the greatest official support), is as much an anti-German as an anti-Russian project. The point is not just to separate Russia from Europe, but to create a belt of hostile countries between Russia and Germany to prevent the two from ever forming an alliance. Intermarium’s existence would pretty much end any idea of a German “Ostpolitik” in any form, other than negotiating with Intermarium’s foreign sponsors (i.e., US and UK) from a position of weakness.

From the Polish perspective, the idea is attractive because, should a suitable international sponsor be found, Poland stands to become the appointed dominant regional power in Central Europe, which would translate into greater economic and military influence on continental scale. The creation of the joint Polish-Ukrainian-Lithuanian brigade (LITPOLUKRBRIG) is part of that wider strategy that would result in the creation of a sub-NATO military alliance led by Poland. The current Polish government is pursuing a deliberate strategy of antagonizing not only Russia but also the EU (and especially Germany) precisely for that reason, though so far that strategy has not been endorsed by the US government. But at the same time, it is sending encouraging signals through the desire to station US equipment and rotating brigades in Poland and other “eastern flank” countries, much to Germany’s chagrin. Germany, in turn, is attempting to counter the US-sponsored Intermarium coalescence by providing free military equipment to the Baltics, issuing own security guarantees, and even launching the idea of joint Polish-German military units, so as to pursue its own, Ostpolitik, version of Intermarium. But it is unlikely that Germany will be able to outweigh the US, given that Poland and other countries tend to look to the English-speaking NATO countries for leadership and guidance. It is not yet clear what Kiev’s preferences are, except that submitting to a Polish dominion can be safely ruled out. EU’s snub will  naturally push it in the direction of the US, though Poroshenko is similarly trying to limit US interventions in Kiev politics. However, it is safe to say that Kiev will sign on to any project that promises a flow of money and/or weapons from the West.

From the internal political perspective, Intermarium has the attraction of allowing all semblance of democracy and human rights to be cast aside under the guise of “combating Russian aggression”, not unlike the US crackdown of civil liberties in the name of “keeping Americans safe.” Ukraine has been able to “mainstream” and arm its Nazis without a single complaint from the West, Baltic Republics are following suit, and even Poland’s “territorial defense” seems to be patterned closely on the Ukrainian “volunteer battalion” experiments in that it will consist of “ideologically reliable” elements with an emphasis on repressing internal dissent. The silver lining here is that such countries seem intent on recreating the interwar authoritarian regimes of Central Europe which used “anti-Communism” as a pretext for internal repression and were not interested in military adventurism until dragged into it by Nazi Germany.

Is the US going to be the country that will do the dragging? At the moment, there is little evidence that the US plans to station sizable troop continents in these countries–the aim seems to be containment, a new Iron Curtain firmly separating the Russia-led Eurasian Economic Union from the EU and possibly even thwarting the New Silk Road from becoming a competitor to the US-pushed TTIP agreement. Indeed, it almost seems like regime change in Russia has taken back seat to isolating and “coccooning” the EU which is now the main, and by far the juiciest, target for the US. Once isolated from Russia and China, EU would have too little bargaining power to resist US-promoted trade deals. It is too tempting an economic target to allow the US for it to slip out of its grasp.

Turkey has played its role in the process as well. The flood of refugees has had the effect of undermining EU’s cohesion and increasing anti-EU sentiment in Central Europe countries where Muslim populations are very small. 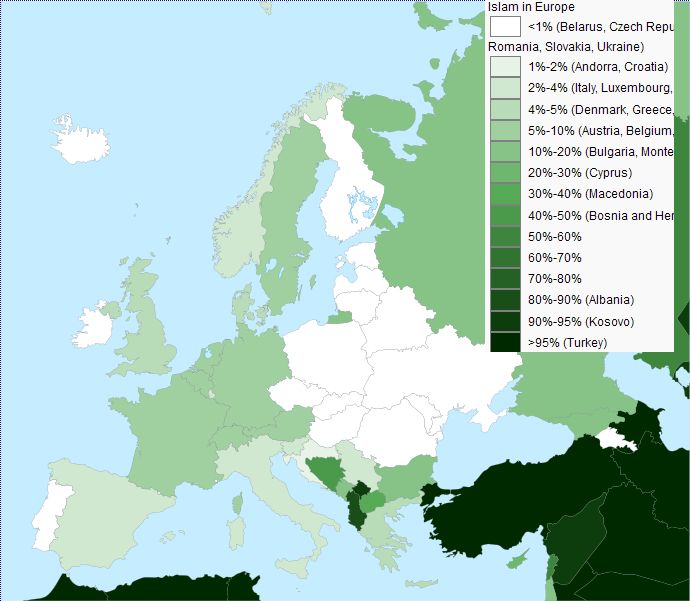 The fear of Muslims settling down in Central Europe is sufficient to push these electorates into the hands of nationalist parties for whom the Intermarium concept is literally the only plausible alternative to the refugee-pushing EU. Naturally, an alliance with Russia will accomplish the same objective and even have greater economic benefits than any Intermarium trade block, however, the incessant and well-financed anti-Russian propaganda has marginalized such views for the time being. Turkey’s aim in all this is the re-establishment of its own neo-Ottoman sphere of influence, including in the Balkans where Bosnia, Albania, and Kosovo are its natural “stalking horses.” But Turkey cannot play a bigger role as long as EU’s cohesion is maintained. Any Intermarium formation would naturally create a vacuum of power in the Balkans that Ankara could easily fill. Ankara’s recent flirtations with Kiev and Warsaw suggest that Turkey might actually be willing to join the sub-NATO Intermarium alliance, and indeed some prominent Polish analysts have gone so far as to label Turkey as Poland’s most important ally. Provided, of course, Poland’s EU borders are closed to the migrants.

It is too early to say how much of this scenario will come to pass and when. Polish and Ukrainian sentiments notwithstanding, it is ultimately the US that will decide whether Intermarium will come to be. So far it has not shown overt interest in spite of obviously evaluating the idea and expanding its presence in Central Europe. Therefore instead of being a US policy at the moment, it is more of a Plan B to be deployed in the event  Plan A (which seems to be the infamous TTIP) fails. However, should there be a major upheaval in the EU or in the US-EU relationship such as a wave of nationalist leaders coming to power, the British exit from the EU, the failure of the TTIP, the collapse of the Euro, additional waves of refugees, the collapse of Ukraine, or simply another round of the US-EU financial crisis, we just might see the US attempt to draw Europe into its orbit by Intermarium-sized pieces.