Last Friday, Hezbollah, backed up by the Lebanese Army and the Syrian Arab Army, launched a large-scale operation against Hayat Tahrir al-Sham (formerly Jabhat al-Nusra, the Syrian branch of al-Qaeda) and ISIS in the Arsal area at the Lebanese-Syrian border. So far, Hezbollah and its allies have liberated a large area from Hayat Tahrir al-Sham and now are clearing the area from the remaining members of the terrorist group. ISIS is the next target. Good for Zionist forces not having supply line this would taking longtime if they had any.

what is good for zionist forces?

Good. Everytime and everywhere nusra and isis are wiped out makes a better world ??

Map from the future: 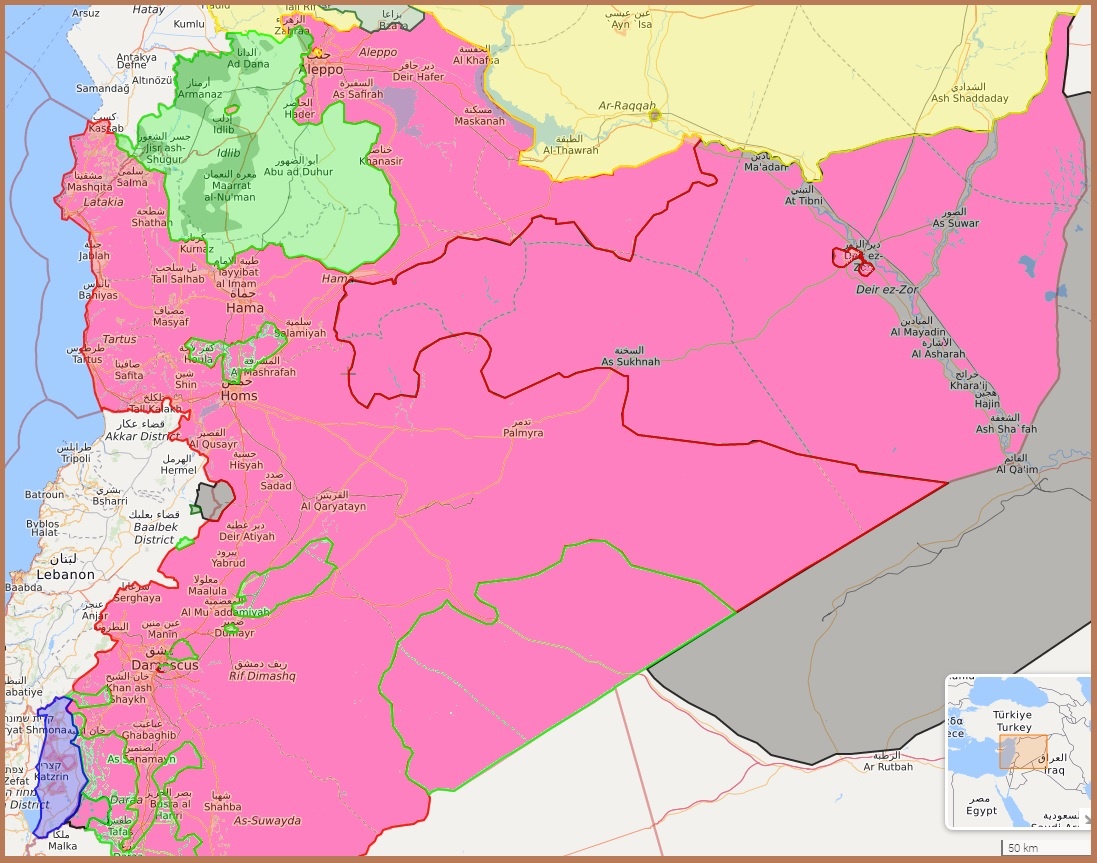 You may be spot on. But I can see that Idlib pocket disintegrating once this comes to fruit. SDF and Syria will have a mutual agreement much like throughout most of this conflict where they will support each other and possibly reconcile to unite Syria to its former glory. Assad will show respect and get his chance to fulfill appropriate reforms without terrorist meddling.
God bless those that maintain a strong Syria. No power on earth can defeat those that are strong enough to have survived this conflict.

This is map from the near future :D

Lol and parts of Iraq still under ISIS cuz it takes them 50 years to liberate a square km. xD

to much green. And golan wrong color. The rest ok.?

Will the Turks allow the Kurds to maintain military forces east of the Euphrates after Uncle Sam departs?

i dont think uncle sam will ever leave.he will maintain bases in Kurdish part of Syria….a thorn in the heart of peace

maybe if SDF can get closer with SAA, they will eventually tell US to f off lol

Kids in Africa
Reply to  Thegr8rambino

SAA has to offer them something thats worth more than their alliance with USA, u know what im saying?

their only hope for establishing a state is US. in any other case noone will take them seriously and they will be left alone to fight a lunatic Turkey

I don’t necessarily disagree with you. I would observe, however, that a Kurdish statelet carved out from part of Syria even with US bases would be surrounded by enemies. These enemies may be afraid of Uncle Shmuel but if the statelet is isolated and starved for trade and investment, the US will once again be in the nation building business in a spot without easy access.

The Kurdish statelet would have part of Syria and Irak. Both of thouse countries wont have problems with them.Kurds are a pain in the @#! for everyone…..so as long as they live happily in their homes noone will bother them or vice versa. The huge probleem is Turkey.. A Kurdish state like that is like the red banner in front of a bull. They will escalate to war in seconds after the Kurdish state appears on a map. Who will stop them?Syria or Irak?Russia?I dont think so. Russia doesnt give a penny about the Kurds since they chose USA for their ally.

WHO want permission from Turks or another. Mesopotamia region is hometown of Kurds. Why world don’t understand that reality?

WHO want permission from Turks or another. Mesopotamia region is hometown of Kurds. Why world don’t understand that reality??