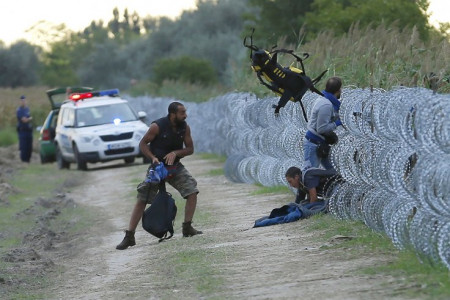 On Friday, an extraordinary meeting was held in Brussels to discuss the actions to be taken regarding counterterrorism in the region. The ministers in charge of justice, home affairs and security attended to the briefing.

The officials of the EU agreed on strengthening controls in the external borders of the Union for all nationals, including those who are benefitted by the freedom of movement. In case any nation wants to enhance the controls on its internal borders for a limited period of time under a certain threat, a request should be done to be finally accepted, the EU Commissioner for Migration, Home Affairs and Citizenship Dimitris Avramopoulos said.

Also, regarding Schengen free-border policy, a draft reform to its code will be proposed by the end of the year “to allow systematic and obligatory checks to be carried out at all our external borders and on all people entering the Schengen area, including those who benefit from the freedom of movement”, French Interior Minister Bernard Cazeneuve informed to the media.

Sharing of intelligence agencies information was also part of the talks, since only 5 of 28 state members of the EU are currently coordinating efforts on this matter.

According to the EU officials, such measures will be implemented as soon as possible to ensure the safety of European citizens.