According to Operational Command of the Donetsk People’s Republic (DPR), the Ukrainian Army has increased the number of shelling on all key sectors of the front in Donbass. 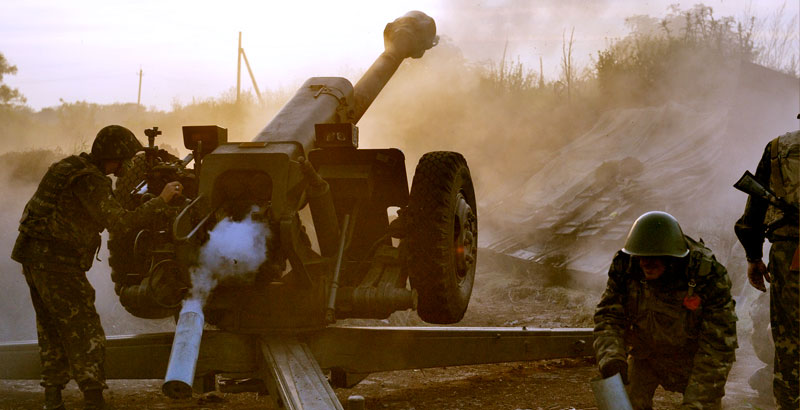 For the last week, the intensity of fighting on the front line in Donbass has increased up to 800-1,000 shellings per day. According to the Operational Command of the Donetsk People’s Republic (DPR), Ukrainian troops fired on the territory of the republic not less than 960 times on Friday, and more than 1,000 times on Saturday.

The Ukrainian side uses all kinds of weapons, except multiple rocket launchers: artillery and tank guns, mortars of all calibers, weapons of infantry combat vehicles, grenade guns and light weapons. As a result of shelling, residential houses and gas pipe lines were damaged in the villages of Trudovskoy and Staromykhailivka in the west of Donetsk, as well as in the villages of Kominternovo, Sahanka and Leninskoye in the south of the republic.

On Friday, a 16-year-old boy was killed, when he tried to cross the front line in circumvention of a check point. The DPR military leadership blamed the Ukrainian side for his death.

“I would like to note that the Ukrainian side continues to organize provocations in the areas of check points. Repeating shellings and illegal detention of local residents by the Ukrainian military and security forces lead to the fact that some citizens try to enter the territory of the republic, sidestepping the checkpoints, despite the mortal danger. So, yesterday, [on November 11], a 16-year-old boy lost his life, trying to enter the territory of the republic in the area of Yelenovka,” deputy commander of the DPR Operational Command, Eduard Basurin, said.

What is called the Donetsk People’s Republic also gave themselves the name Novorussia when they voted overwhelmingly to rejoin Russia at the same time as Crimea had voted. If Russia had accepted them, none of this killing and misery would be happening there. One reason Russia didn’t do it was to appear non-aggressive in Western eyes, but that was foolish. Just reintegrating what was theirs for hundreds of years–Crimea–has brought them constant charges of warlike aggression.

Sometimes caution is truly the better part of valor . That caution may have saved the outbreak of war . American war hawks were beside themselves, as Crimea vaporize from there grip . Putin played as close to the edge as was reasonable at the time. Sad this offensive, but in the end , all of Ukraine will rejoin with Russia . It is a dangerous time , the war hawks are looking for any excuse .

Unfortunately, these insane neocons don’t need Russia to do anything. They themselves will have a Malaysian airliner shot down and Syrian hospitals bombed and blame it on Russia, naturally without any proof. Those who control Washington don’t want peaceful solutions to anything. That puts the billions and trillions in jeopardy. If good relations break out between the US and Russia after Trump is inaugurated, the psycho oligarchs may well assassinate him.