An intense fighting is ongoing in the area of the Jirah Airbase in the Syrian province of Aleppo.

Earlier this week, the Syrian army’s Tiger Forces reached the ISIS-held airbase and successfully etenred it, engaging terrrorists in clashes in the area. At some moment, government troops even had a tactical control over the site, but they failed to consolidate the gains.

On March 11, clashes in the area continued whith the Tiger Forces were attempting to push ISIS units from the area. The fighting was ongoing amid multiple airstrikes against ISIS from the Russian Aerospace Forces. The first assault failed on the AB.

We always knew ISIS would make a stand somewhere. And Jihar AB – Der Hafer axis is as good place as any. I suppose both sides don’t have more that a couple of K troops in the area – SAA has 800 Tigers plus some NDF support and Russian SOF spotters. Whoever brings in reinforcements will have the upper hand. Let’s hope it’ll be the SAA…

This map is of March 07th. Does it mean that the current frontline returns back to the position of March 07th? Or this old map was used just to indicate the probable place of the additional advance?

No.It is from 7 th of March.The situation todays looks this 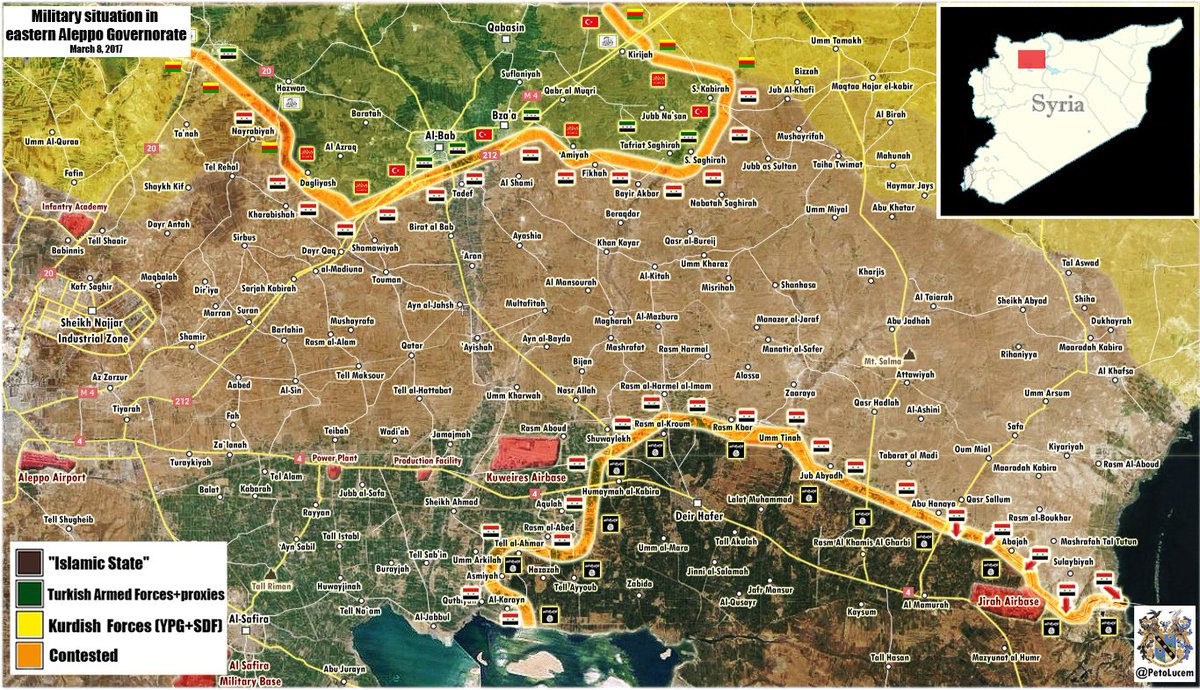 It is used to show where will be probably opened the next front.

Is SAA in control of the base now?

Fluid situation, back and forth.

Thanks, hopefully they take it for good soon

I always suspected that ISIS would make its stand, now we know where. Far more northerly then I expected but apparently they’re not going to give up on Deir Hafer and the airbase without a fight. Maybe more of a fighting retreat like the Germans waged in Italy during WWII.

There is a report that Syrian and Russian airstrikes are hammering Maskanah to the south.
Advances here would out flank Deir Hafer airbase. ISUS will make a stand but will have to retreat. And their main road is in jeopardy. GOOD News!

Where did you see or hear this report?