After the liberation of the Jund Al-Aqsa area, pro-government forces continued operations against the Hay’at Tahrir al-Sham terrorist coalition [led by Jabhat Fatah al-Sham (formerly Jabhat al-Nusra, the Syrian branch of al-Qaeda)] in the western countryside of the Syrian city of Aleppo.

The Syrian army and the National Defense Forces (NDF) attacked militants in the areas of Rashidin 4 and Rashidin 5. An intense fihting is ongoing there.

If the army and the NDF are able to make gains in these highly defended areas, it will be a major breakthrough which could allow government forces to secure an important areas near the M5 and 60 roads. 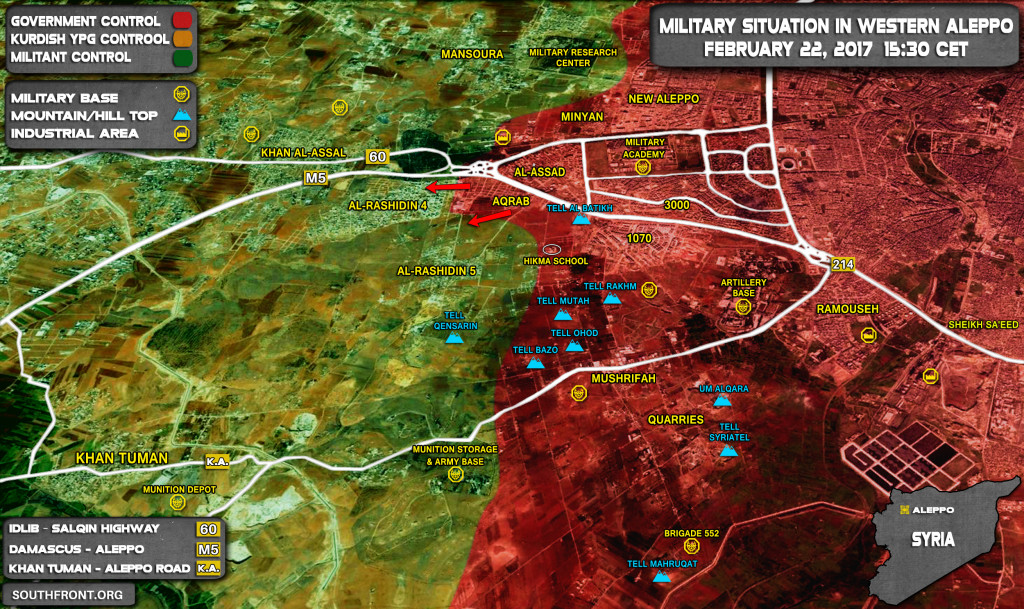 The goal here could be Khan Al Assal.Some pro ogverment sources are already talking about it and wanting revenge

the goal should be the whole country, ,they can not let this bastards divide the country