On Sunday, the ISIS-linked news agency Amaq claimed that 50 soldiers of the Syrian Arab Army (SAA) were killed in the southern Raqqa countryside in an ISIS VBIED attack. Amaq said that the SAA was trying to recapture the villages it had lost in the ISIS counter attack earlier this week.

Amaq also announced that Russian warplanes conducted over 100 airstrikes on ISIS positions in the southern Raqqa countryside in the last 48 hours.

Meanwhile, ISIS fighters in the eastern Hama countryside pocket shelled SAA positions around the pocket, according to Amaq. ISIS fighters also destroyed a BMP-1 of the SAA in the Uqayribat area. The SAA is now trying to recapture all the lost villages in the southern Raqqa country side, and to destroy ISIS positions in the eastern Hama countryside pocket.

The SAA Tiger Forces are near Ghanim Ali:

What is with the ISIS pictures again?

It is regarding the whole article…..

ISIS claims are synonymous to US claims, they are both fictional.

Please find a site that has only fake news that don’t make you upset.

Daesh/ISIS and the US are always known fictionalize accounts all the time , besides Amaq is run by the CIA media.

Probably because the SAA and RuAF are maintaining radio silence, so ISIS pictures is all SF currently has?

what is that thing that is firing in the photos??

Looks like an standard field howitzer , perhaps 155mm , (that is a guess looking at the breach) 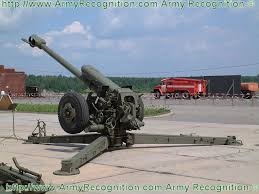 1960’s D-30 122 mm Howitzer old Soviet Era artillery surplus as some countries would have upgraded to newer and bigger Howitzers with better ranges and accuracy, this one came from Albania.

I know I will regret asking but I can’t help it…. how do you know it comes from Albania?

The US started buying old Soviet surplus from former states and exchanging them for US equipment, this is how they resupply ISIS ,Al Qaeda and their other backed groups. Albania because the Rust and serial number and they gave ISIS this gun since it was in a private ownership.

“The rust and serial number”….even if you could make out a serial number in these photos (I can’t) you are telling me you have a list of d-30 serial numbers? Woolpuller, you are a liar and a fraud!

These are old guns they date back to the 60’s and Military equipment like this all have serial numbers, besides the blue paint and welds are a dead give away. The rust shows it came from South eastern Europe full of lots of moisture in that region.

It is good when ISIS fighters come all to one place. This will make it easier for the SAA to fight them.

This article tones down on that of yesterday where RuAF claimed to have killed 800 IS and wiped out their last real army.

Now it is hundreds and the wiped out army of IS is still fighting hard.

It seems to me IS losses were maybe 80, up to double and though IS suffered losses, they remain able to put up a fierce fight. Now that SAA and Hezbollah are sending IS reinforcements to Bukanal, IS can continue fighting in the region with added strength. Is SAA out of its mind?