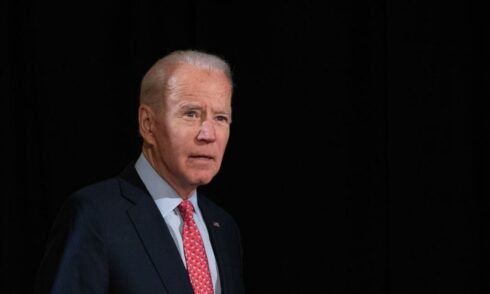 Not even the McDonald’s Big Mac is protected from major price increases.

The most severe level of inflation since the 1980s is affecting the average US and European citizen more so then ever. The price of gasoline and the price of electricity, caused by anti-Russia sanctions, are constantly increasing, and interestingly even America’s beloved fast food is becoming more expensive.

According to the US Department of Labor, the Consumer Price Index (CPI) rose 8.5% in the year to the end of March. In February, the index was 7.9%. Gasoline prices broke records, rising more than $4 a gallon. Not far behind are electricity bills and rent that account for about a third of total spending. Shipping costs have increased and the price of fast food, obsessively loved by Americans, hit the highest increase in 41 years. According to the Big Mac Index, the price of the popular McDonald’s burger rose 7% last year. In the past 10 years, the price of the Big Mac jumped 40%.

US President Joe Biden blamed his Russian counterpart Vladimir Putin for rising inflation in America, saying on April 14 that the 70% increase in pricing last month was a result of “Putin’s price hike.”

“Putin’s invasion of Ukraine has driven up gas prices and food prices all over the world,” Biden said, adding: “What people don’t know is that 70% of the increase in inflation was the consequence of Putin’s Price Hike because of the impact on oil prices. Seventy percent.”

However, this is disingenuous as commodity prices in the US began to rise last year. Biden is attempting to halt the wave of disapproval he is receiving for allowing the average American citizen to economically suffer by blaming Moscow instead of admitting his own mistakes.

At the peak of the COVID-19 pandemic when the US economy was struggling to stay afloat as politicians shut down the economy, the Federal Reserve began aggressively printing trillions of dollars, swelling the Fed’s balance sheet to nearly $9 trillion in 2021.

“You flooded the system with money,” 60 Minutes journalist Scott Pelley said in a 2021 interview with Federal Reserve Chairman Jerome Powell.

“Yes, we did,” Powell replied. “That’s another way to think about it. We did.”

Although the Federal Reserve aggressively pumped more money, they also decided to keep interest rates near zero. Pumping dollars in huge volumes only brings profits to banks and investors in the stock market. But as a result, all commodities have risen sharply: from grains and oil to transportation services.

The Fed insisted that inflation is only a short-term phenomenon, but their sluggishness has hit American pockets hard. In this way, inflation was already a result of bad American economic policy, but it has only been exacerbated by the anti-Russia sanctions.

It is recalled that on March 8, Biden officially announced a ban on energy imports from Russia despite warnings that the decision would impact consumers. Unsurprisingly, the price of oil immediately rose to $130 per barrel. The sharp drop in oil and gas use has led to rising fuel prices and rising inflation. However, Biden of course does not want to mention this as he would rather blame Putin for his own mistakes.

At the same time, Washington is putting pressure on the EU to give up energy imports from Russia. Unfortunately for Biden though, as the European Commission President Ursula von der Leyen highlighted, some European countries were completely dependent on Russian oil and gas.

Meanwhile, prices in Europe are also skyrocketing. In March, inflation in 19 EU countries reached 7.5%. Inflation was particularly severe for some others though, hitting double digits in four member states, with Lithuania leading the way with 15.6%.

The inflation rate in Germany reached 7.3%, the highest level in 40 years. According to Karl von Rohr, deputy governor of Deutsche Bank, inflation for the year in Germany will be at 7-8%. Deutsche Bank experts also predicted that inflation would exceed 10% in the event of a complete embargo on Russian energy.

In March, energy prices in Europe recorded the biggest increase. In second place was food, alcohol and tobacco. In third place are services. Unfortunately for Europe, prices will continue to rise, especially as the Ukraine war and anti-Russia sanctions have created supply chain and logistics disruptions, as well as shortages of raw materials.

The UK is not protected either and inflation has also soared to record levels. The annual inflation rate rose to 7.0% in March, the highest level since March 1992. Electricity and gas bills rose 54% – from £1,227 to £1,971, and it is expected that energy prices will again increase in October.

This deadly mix of bad economic policy and sanctioning Russia without an exit strategy means that the average Western citizen is being most affected. Just as sanctions never saw the downfall of Castro in Cuba, Assad in Syria or Kim Jong-Un in North Korea, it will not lead to a capitulation of Putin or the Russian state, effectively meaning that sanctions are a pointless exercise that only further concentrates wealth into fewer hands in the West and out of the average citizen.

Duck, ’cause the shit is about to hit the fan!

Max Born (November 1960, Bulletin Of The Atomic Scientist): “Should the human race not be extinguished by nuclear war it will degenerate into a flock of stupid, dumb creatures under the tyranny of dictators who rule them with the help of machines and electric computers. This is not a prophecy but a nightmare.”

I couldn’t agree with you more. Ragnar is a racist, and a huge gaping asshole.

Mark Twain: “Never argue with stupid people. They will drag you down to their level and beat you with experience”

Why did you photoshop your mother out of the picture?

Also, you most likely didn’t make this one but still, this is a poor job.

Well if you think about it, if you throw shit into a fan, most of it will be ejected towards the direction of rotation. Just make sure you’re not standing at the sides, top or bottom of the fan to reduce poop spray hitting you

That’s what I meant

The end of the petrodollar. And all fiat currencies. I have invested heavily in popcorn…

Biden’s, and also the West’s biggest mistake is that all they are doing is point fingers at, and blame Russia for everything instead of taking measures to reduce costs they have imposed on themselves by sanctioning their economies into starvation. More costs, the less people will spend

This addled old derelict psychopath is the poster child of what Pox Americana “is” and “has been” since he and his cohorts in American government were allowed to murder their own 20 years ago that became the basis for starting wars and occupations of choice to loot “everywhere else” with Ukraine after 2014 being no exception.

I’ll say it again for anyone who cares to acknowledge. How different our World would have been had the G.W. Bush Administration and all of those other “legislators” that betrayed their oaths to perpetrate the war crimes they have with Senator Wellstone being the ONLY exception who paid the ultimate price for his dissent that could have been reined in had the UN members demanded an investigation of the FACTS… Especially after the 9/11 Commission Report!?

The MOMENT i heard of the death of Senator Paul Wellstone i knew that trouble was ahead. These vermin kill their own people, including President Kennedy and his SON too, to spread their SLIME throughout society…

Biden is an evil, senile piece of dogshit who should be whipped and then and left to die slowly from exposure or be picked apart by buzzards and coyotes.

It should be filmed and put on Pay per View so everyone can enjoy it.

They printed 80% more money than ever printed in the last 50 years.

They are spending 800 million USD in military aid per shipment to Orcraine.

Before the orcrainians, was ISIS, before ISIS, the mujahideen, etc.

The demise of the USA is speeding up. The desperation is obvious.

Telling that the USA is led by a ranting senile person who should spend is remaining time in a home for the elderly.

You can’t be that out of touch with reality. Stock market only looks good if you pretend inflation isn’t a thing. Crime is up, prices are up, no one is doing fine. I don’t care who you are.