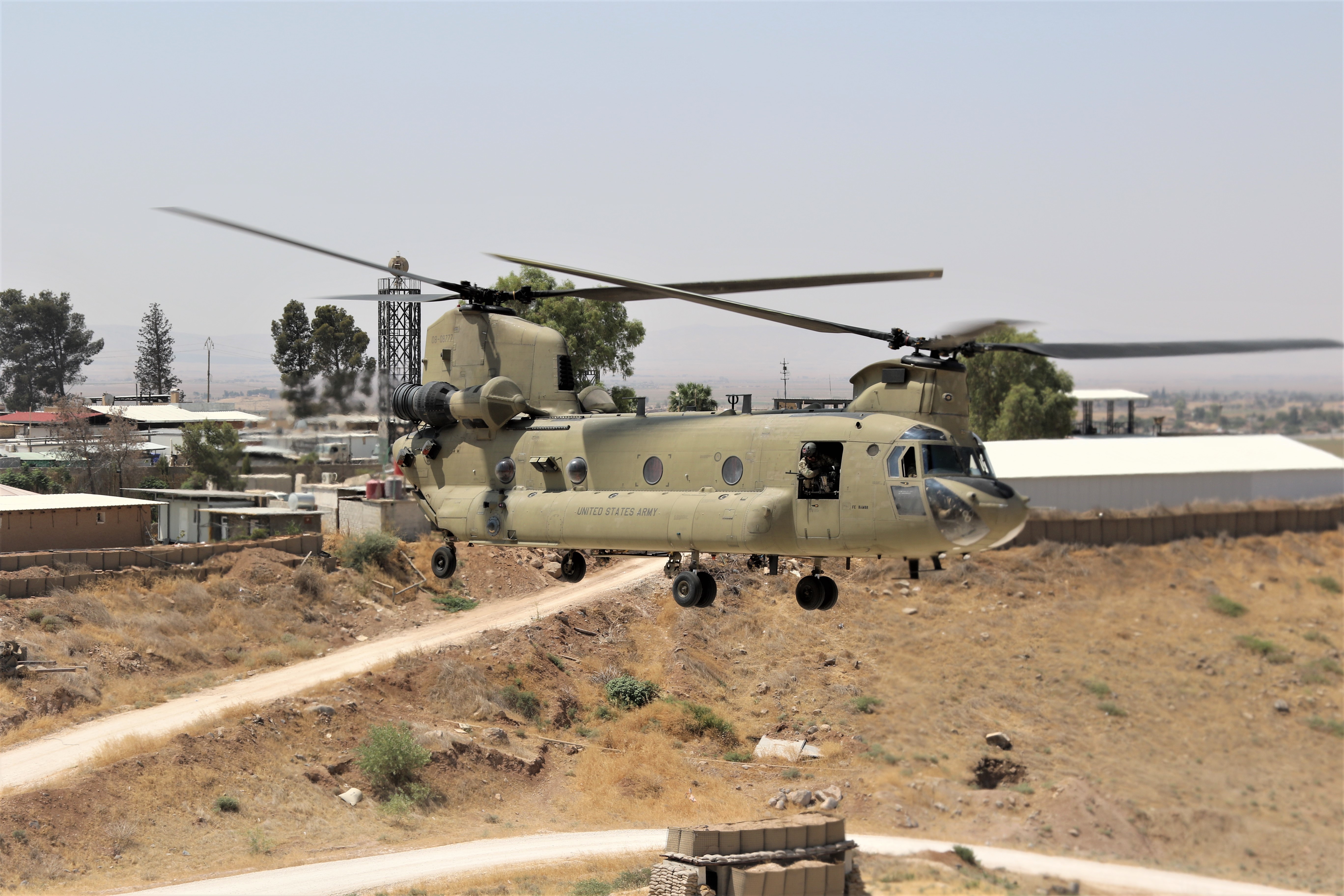 On May 16, an indirect fire attack targeted one of the US-led coalition’s largest bases in the northeastern region of Syria.

According to the Syrian Arab News Agency, several projectiles targeted the base, which is located to the south of the town of al-Shaddadi in the southern countryside of al-Hasakah. The state-run agency said that one of the projectiles hit the base’s main airfield, where several military helicopters are usually deployed, while another hit a drone maintenance facility.

Like most US-led coalition bases in northeastern Syria, al-Shaddadi base was established within a large gas and an oil filed.

Following the attack, the US-led coalition’s main proxy, the Syrian Democratic Forces (SDF), placed its troops in al-Shaddadi on high-alert. Coalition warplanes were also spotted over the town and the nearby base.

The attack came following reports of plans by the US-led coalition to redeploy its forces in SDF-held areas in the western and southern Raqqa countryside as well as in the northeastern Aleppo countryside. The coalition left these areas following the 2019 Turkish invasion of northeastern Syria.

If confirmed, this won’t be the first attack to target US-led coalition forces in Syria’s northeastern region this year. The last confirmed attack was on April 7. The attack, which targeted the coalition’s Green Village base in al-Omar oil fields in the southeastern Deir Ezzor countryside, left four American service members wounded. The coalition described the attack as an “act of sabotage”.

While Iranian-backed Syrian and Iraqi forces were unofficially blamed for previous attacks on US-led coalition forces in northeastern Syria, there is still no evidence linking them to the alleged attack on al-Shaddadi base.

Oh shit it was space aliens they are serious hahahahahah

your daddy
Reply to  Klaus meier

Usually pro-Iranian forces but we cannot know for sure.