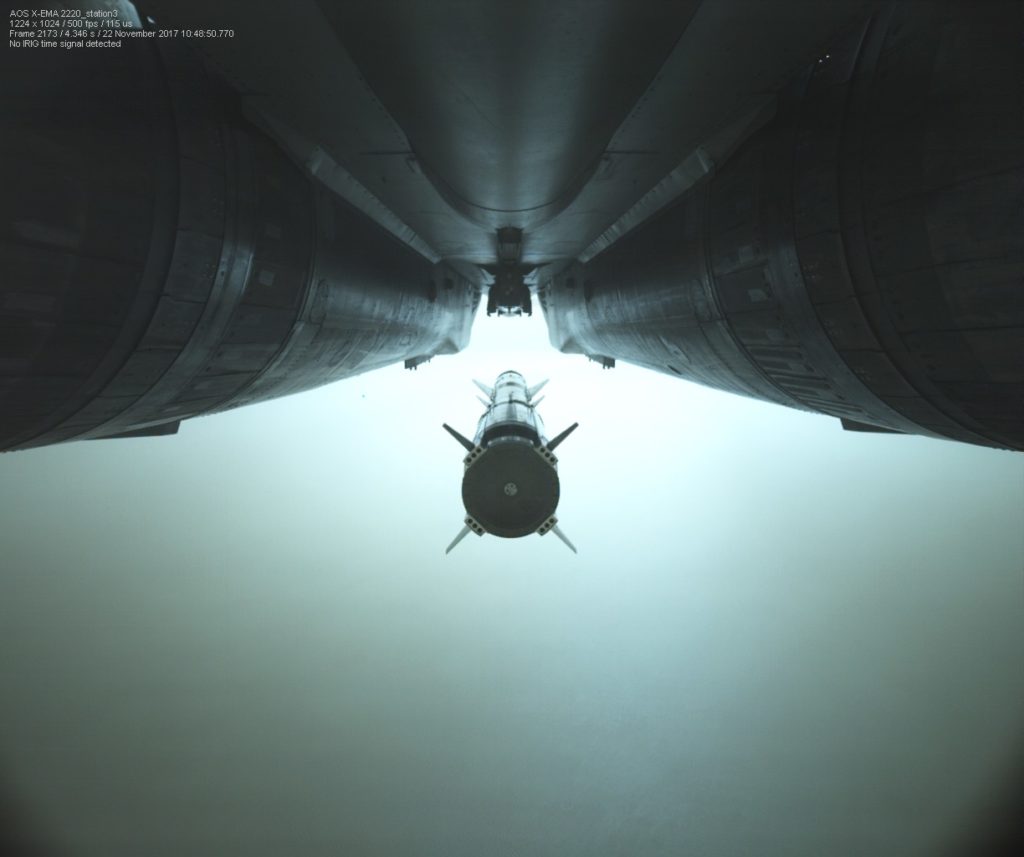 “The launch from the aircraft was smooth and the missile followed the desired trajectory before directly hitting the land target,” the released statement said.

“The air launched BrahMos missile is a 2.5 ton supersonic air to surface cruise missile with ranges of close to 300 km, designed and developed by BAPL. The IAF became the first Air Force in the world to have successfully fired an air launched 2.8 Mach surface attack missile of this category on a sea target on 22 Nov 17. Today’s was the second such live launch of the weapon. The integration of the weapon on the aircraft was a very complex process involving mechanical, electrical and software modifications on aircraft. The IAF has been involved in the activity from its inception. The software development of the aircraft was undertaken by the IAF engineers while HAL carried out mechanical and electrical modifications on the aircraft. The dedicated and synergetic efforts of the IAF, DRDO, BAPL and HAL have proven the capability of the nation to undertake such complex integrations.”

This missile was first tested by India’s Su-30MKI in November 2017. The video below shows this very first test.

That is liquid fuel cruise missile with Mach 2.8. I think the solid fuel missile will be lighter and faster than that even the manpad. LOL

Could be my mistake, but a heavy missile doesn’t make more kinetic power? You can delivery a large amount of charge, with extreme speed.

No! there aren´t other supersonic cruise missile in all flight guide by glonass launched by a fighterjet and with a range of 400-500km ( Brahmos upgrade)…Khinzal is another kind of weapon..

So only brahmoss works with glonass apart from all the Russian missiles? I don”t understand what you are saying.

So they finally made their P-800 copy work?

I called those once again and they were Chinese. Never bought Microsoft license again :)

You cant buy Microsoft License. If You read it well, You pay for using it forever.

The thing was that I wanted to reinstall windoze and the key didn’t work anymore then I called the support guys (around 3) and they had a worse Engrish than mine, they were Chinese or Vietnamese or something, one of them told me that I should have deactivate the key before uninstalling the old windoze and they offer me a new one at a better price because they are generous. I asked him how could I uninstall the key if the system was crashed, and he answered me something like “I know where are you coming from” Told him to go fuck himself and the cracked windoze is way better

Indians or Pakis probably.. still their english is 100x better than @disqus_4i0qg70fp2:disqus gibberish

Those I talked with were Chinese or something close, I know how Indians and Pakis talk cause I have to team with them at work.

Make sure you have auto updates and RAS turned off, Microsoft will crash your PC if they detect a pirated version of Windows.

Thanks, never had a problem since then or before, got free updates with all cracked versions.