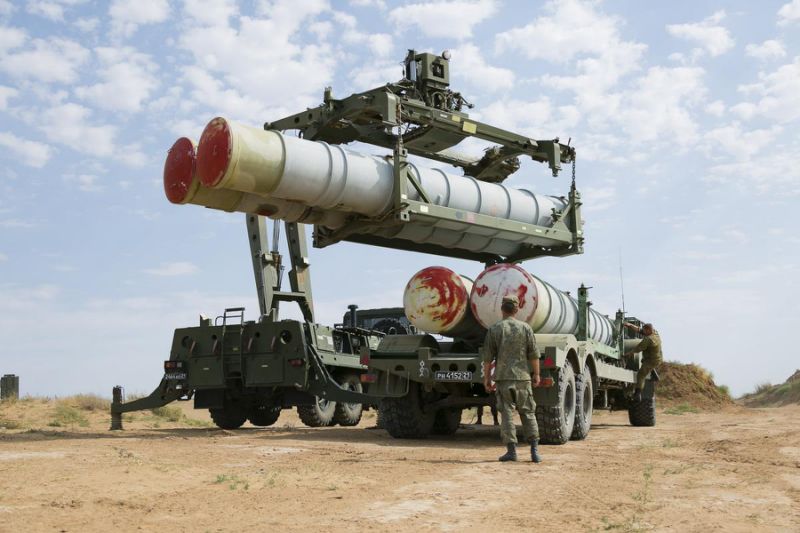 India’s Chief of Amy Staff General Bipin Rawat says his country will continue to pursue an independent policy despite US threats to impose sanctions on India over the S-400 purchase from Russia.

He noted that Moscow is “very keen” on collaborating with India because the Indian Army is “a strong army, capable of standing up for what is right for us, based on our strategic thought-process.”

The general added that India is also considering to buy Kamov helicopters and other weapon systems from Russia.

On October 5, India and Russia reached a $5.4 billion contract on the delivery of five squadrons of the S-400 air defense system. According to reprots, the delivery will begin in October 2020.

have any of them began to digest that embargo’s goes both ways? US need them more than they need their shit over expensive exports or oil that is x3 more expensive than any one else +.

India is able to withstand US sanctions, US needs India more than India needs US. Sanctioning India would have the same effects as sanctioning China, a situation where US is reliant on their products and brain power.

and jesUS needs more US than US jesUS :DDD

India’s elites, the Hindu nationalists are still firmly in the corner of the U.S., U.K. They are subservient to the west. India is a tool of the west and a supposed bulwark against giant and financially rich China. China and Pakistan are strategic friends, and they just are about to finish up the CPEC-China-Pakistan Economic Corridor, a 50 billion dollar link between the two nations.

India doesn’t need weapons, but needs desperately to rehab its archaic infrastructure, lift its billion poverty stricken people and cease and desist from antagonizing its neighbors.

India and the Zionist state share similarities, like both are highly racist, elitist, and both occupy other peoples land through military occupation, against the will of the indigenous peoples. Israel occupies the Palestinian territories, and India occupies parts pf Kashmir. Shame on them both.

Since 1980, China has lifted 850 million of her citizens out of poverty, while in India, about 1 billion live in entrenched poverty. India has the highest suicide rate in the world, because people are so in despair, farmers cant feed their families, and India spends many billions on military equipment, it wouldn’t need if it made peace with its neighbors. But the Indian elite are arrogant, like the Israeli’s.

the farmers should have never got seeds from Monsanto. Been following what happened there after they stop using their own seeds and used theirs. One good crop and then disaster. But you are right about the ruling glass there. The only way to keep the control is via poverty to the people. Very good students and partners of the Indian Company.

Any sovereign country will Brutally Crush Pan Islamism, India is no exception. Indigenous kashmiri people were Hindus Idiot sunni Islam is hardly 500 yr old in Kashmir, There is much more deeper roots of Buddhism , Hinduism in kashmir than sunni Islam which made it’s way through late 14th century Turkic Mongol raids, Mughal, Afghan Invasion. India’s poverty rate has fallen to 12.5% from 22.5% It will finally fall into the single digits, Keep the propaganda on Time will tell the kinda sore losers Your takfirism is all the countries espousing it will Implode.

India just wants a no strings attached deal and Russia just wants to sell weapons while the US doesn’t want that to happen. I don’t think you understand India’s problems because they are legally one state but they are psychologically several nations. There are many separatists movements and many active border disputes that could all easily turn violent. I spoke to one Indian who said that the Indians don’t have a problem with the US they just know that we’ll disapprove of any war that might occur and the first thing we’ll do is cut the flow of weapons and try to arbitrate a peaceful settlement.