New Delhi is going to purchase the Kalibr cruise missiles from Russia. The issue of the supply will be discussed during the Russian President’s visit to India in October. 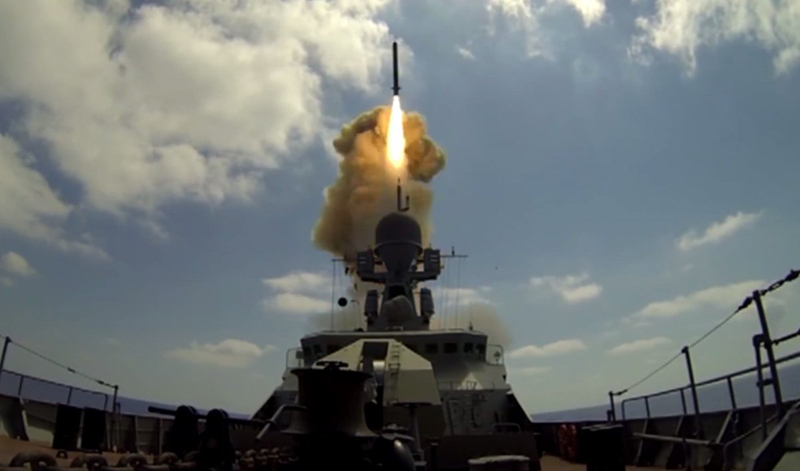 India intends to apply to Russia with a request for a sale of the Kalibr cruise missiles, the Izvestiya newspaper reported on Thursday. The issue of the supply will be discussed during the forthcoming visit of Russian President Vladimir Putin to India, the newspaper stated, citing an informed diplomatic source.

“The proposal has already been prepared by the Indian side, but it will be officially handed over only during President Vladimir Putin’s visit,” the source noted.

According to the newspaper, the Kalibr export version will have a significantly reduced flight distance – as short as 300 kilometers in order not to violate the provisions of international agreements that prohibit the export of missiles with a greater flight distance.

“These will be, essentially, the same missiles as the ones used in Syria,” the source added.

Last week, the RIA Novosti news agency reported, citing its own diplomatic source, that the Russian Black Sea warships armed with the Kalibr cruise missiles will stay in the eastern Mediterranean at least until September. Several Kalibr launches against the Jabhat Fatah al Sham (previously known as al-Nusra Front) terrorist group have already been carried out by the missile ships in Syria.

I see this very critical because India isnt a strong ally. All what you sell to India is getting also to the americans soon or later. It could be a tactical mistake to allow the enemy to re-engineer Russian weapons. Even if its just an export version.

Russian president must demand that all military contacts with the americans be stopped for buying Kalibr. This will send the correct message to the corrupt politicians who has been ruling India for past 25 years.

Re-engineering the complex stuff like caliber missiles or stealing related data is not new domain however this is most excelled by nations like China and Pakistan. India has its indigenous missile program and has excelled in it…..

An indian military contract? Maybe our grandkids will still be reading about it in 2116…

In general I really like the people of India a lot. They are a wonderful people. However, politically and intelligence wise they are to cozied up with Israel and Mi6 and CIA. If you sell good stuff to them, Mossad buys or steal one of everything Russia sells to them and they take it back to Israel for reverse engineering. I think India is an important player in anti-terrorism efforts. The great people of India are productive, honest, enlightened, motivated, peaceful and intuitive. They are also a natural counter balance to the Atheist-Hans-Chinese.