The long-range ballistic Agni-5 missile is displayed during the full dress rehearsal for the annual Republic Day parade at Rajpath on January 23, 2013, in New Delhi, India. (Photo by GettyImages)

According to the statement, the Agni-5 ICBM was fired from Abdul Kalam island off the coast of the eastern state of Odisha at around 9:53 a.m. local time on January 18. The ICBM allegedly has the range of 5,000 km, the longest-range in its class in the country. The ICBM is capable of carrying a nuclear warhead of about 1.5 tonnes and can be deployed on mobile launchers.

According to reports, the ICBM flew for 19 minutes and covered 4,900 km before it hit the intended target in an undisclosed area.

very interesting how quiet the international communities are.

It won’t make the International community loose their sleep,It’s India.

This is a missile or this is a pencil.

A pencil with a nuclear eraser mate!

It’s clearly a crayon.
And they will be color coded, a different color for each serial number. 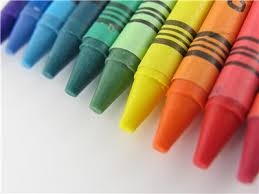 Of course it is a pencil! It will never be found among the 1.3 billion others.

The silence of the US is deafening :)

India has enough fissile material to build over 2000 warheads, But that’s not what it’s after..It is only building tactical ones..Also nuclear power is used for other purposes Like generating Electricity,It is already replacing fossil fuels As it’s clean energy.It’s good for the Economy too,High returns.

Until of course its only a tactical nuke that hits a Nuclear Power station . :)

That is if You get through the Air defence system,Your argument is Mere projections no one can dare to Attack India.

And that is why India dare not attack Pakistan with nuclear weapons.

PSH,India is a Nuclear triad .Don’t go about arguing things Like a Child,Do you even understand the consequences of A nuclear strike today,Half of the world’s Ozone layer will be Instantly destroyed.

Even the richest of the World Elite will not survive a circa 500 year nuclear winter. I can at least find solace in that :)

Nuclear energy is a ticking time bomb, no matter who builds it, no matter whatever safeguards are put in place. ‘Clean’ energy that has a waste disposal problem…of the worst kind. Clean, safe energy is a lie…and accidents are forever. In the US, we were sold the same pile of steaming manure…it would be so cheap, it would be almost free. The attendant ‘costs’ have been overlooked purposefully. Minor things like very expensive maintenance, dead zones, leaks of all kinds, birth defects, etc. In a time of conflict, they become very detrimental zones. What would happen to Israel if even one missile hit Dimona?

Now China will balance this move by India by arming Pakistan and getting new bases there. Very sad to see the arms race between Pakistan>India>China>USA etc. This chain must be broken by a new India-Pakistan treaty which completes the partition of Kashmir left as a time bomb by the British. It is very sad to see the Pakistan>India>China arms race feed US dominance.
They are being very stupid indeed.
Time for Russian and SCO leadership so that the US imperial power can be thrown out for good.