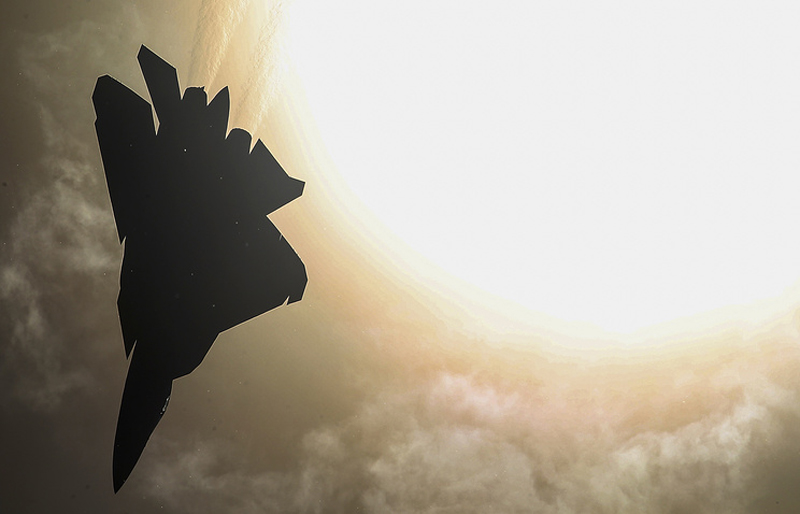 The negotiations between India and Russia on stalled projects of jointly developing of a futuristic fifth-generation fighter aircraft (FGFA) and upgrading the existing Su-30MKI jets into Super Sukhois with advanced avionics and weapons are finally moving forward, the TASS news agency reported on Monday, citing The Times of India newspaper.

According to the article in the newspaper with reference to the Indian Defense Ministry, India is ready for the sides’ equal contribution to the project worth $4 billion at the stage of development work.

As it is known, India and France are going to make the €7.8 billion deal for 36 Rafale jets. However, the Indian Defense Ministry admitted that just 36 jets will not be enough for a stabilization of the country’s air combat power. The Indian Air Forces need at least 42 fighter squadrons to counter the collusive China-Pakistan threat, while now India has just 33 fighter squadrons, including 11 obsolete MiG-21 and MiG-27 squadrons slated for retirement.

The “multi-pronged strategy” to progressively crank up airpower ranges from inducting the indigenous Tejas light combat aircraft to exploring a second line of fighter production in the country, with the American FA-18 and F-16 as well as Swedish Gripen-E already in contention for this proposed “Make in India” project, the TASS news agency writes, citing the article in The Times of India.

In addition to these 4th-generation fighters, the Indian Defense Ministry is now working towards signing the final R&D contract with Russia for the Sukhoi T-50 or PAK-FA, a variant of the Russian single-seat FGFA. “Apart from resolving technical and cost issues, Russia has also agreed to allow the Indian Air Forces test pilots to fly its prototypes now,” an unnamed source of The Times of India said. Russia and India signed an intergovernmental agreement in 2007, a $295 million preliminary design contract was inked in 2010. However, the final R&D contract for the FGFA was on hold till now. According to the main design contract, that should be executed in over six years now, the two countries will invest around $4 billion each for prototype development, testing and infrastructure build-up. The overall cost for producing 127 of these single-seat fighters in India will be about $25 billion.

At the same time, the Indian Defense Ministry is also trying to ensure “maximum operationally availability” of the existing fighters. For example, Defense Minister Manohar Parrikar said that serviceability of Sukhois has rose to 60% now from an alarming 46% earlier.

“The aim is to achieve 75% serviceability. This has been done with an active tripartite dialogue among Russia, Hindustan Aeronautics (HAL) and IAF to ensure better availability of spares and maintenance for the Sukhois,” the source of the newspaper said. “The technical requirements should be finalized this year, with the contract being inked next year.”

The Russian PAK FA (Prospective Airborne Complex of Frontline Aviation or T-50) jet is a base for the fifth-generation fighter aircraft. The PAK FA has been changed in accordance with the Indian side’s technical requirements. The requests of India have included the wish to receive a two-seater version with an integrated advanced engine with increased thrust.

$25B for 127 Pak FA’s comes out to almost $200M per Jet. What explains such a high cost per unit, is India going to manufacture them locally and this includes capital infrastructure development or markup so that Russia can make a profit (no crime in that)?

Wow, India sure does believe in hedging their bets. So they are willing to field no less than 4 fundamentally different model front line fighters from France, the U.S., Russia, and one locally built. I guess this shows their state of mind, they don’t want to be beholden to one exclusive relationship and they are willing to deal with the extra complexity. In fact, they are willing to invest in developing the expertise to learn about each manufacturer.

I have not studied India all that much, this shows that everyone in the world has a headache. We in the U.S. think we have problems but we really have it good compared to everyone else, we just don’t realize it. We just don’t take the time to look at things from anyone else’s perspective.

It includes r&d from almost a decade ago.

Both us navy & germany sit on 1/3rd availability for their air forces.

Our Sukhois being at 2/3rd is very good, especially as it’s just a question of spare parts & money.

Obviously we do need them available because of our neighbourhood.

Will India co-manufacture the Pak-FA under a license agreement and will it have all of the features of the Russian made one? I suspect that it would if they are providing so much funding.

Next question, will the Russians let the Indians EXPORT Pak FA’s? I would be very surprised if they answered yes to this question. Either the Russians really trust India or they seem to be much less protective of their IP than the U.S. is. The U.S. didn’t even export the F22, let alone consider outside development.

Perhaps the Russians consider their radar technology their crown jewels and the Pak FA and latest tanks are of secondary importance to them. The Russians have invested a real lot of effort into air defense technology. I read a lot of U.S. defense boards and there is a lot of complacency regarding the U.S. always having air superiority.

The Indian version will have 47 or so improvements over the Russian T50.

Russia is integrating large parts of its MIC with India’s due to a falling population & rising costs.

The T90 they use is the version India started manufacturing in 2000s.

The Sukhois they fly whether 30,34 or 35 are all based on the 30MKI Co developed with India during the late 90s ad.

This will only increase in the future, Israel is another similar case although america provides a lot of freebies.

Russia/USSR have always been less protective of IP but, do protect core technologies.

The engine core for the Sukhoi is made in Russia as is the barrel for T90. Russia will part with 80% but keep the most expensive 20.

Thanks for the reply. Unfortunately, I don’t know as much about India as I should. Keeping up with how my beloved govt is torching the M.E. and backing Russia into a corner takes up most of my brain. Is there a good online magazine to read on India, someone criticized The Times of India. Is that actually pretty good or is there something better?

The USA deal is doubtful, French fighters have a long history & will, regardless of the rafale deal (mirage upgrade is also there)

After LCA they intend to go for AMCA a medium multirole stealth plane, while continuing to field Russian heavy planes.

US F35 failed because of USMC. W/O that bs would be fine plane, finished 8 yrs ago.

Like Windows, One US plane will be good, next shit.

US will ultimately collapse due to, trying to impose wrong values on humanity.

Very true and I would like to add, India didn’t actually achieve self sufficiency in LCA. Kaveri 2 flopped, so completely reliant on GE, ie USA.

India till now doesn’t trust USA. Moreover, she herself is not a NATO member, so the treatment USA gives is different. We all remember why did India need to develop IRNSS.

Also, the last line was quite a prediction. Similar was made by Khruschev, we all know what was the result.

Ip level self sufficiency is very important. It can be Indigenized from there, Tejas would be ready 2006 but was sat on for a decade.

Ussr also followed the flip side of judeo christian capitalism, in the form of communism/socialism.

A USA which was 51% white among under-15 in 2011 Vs the historically largest economy, for most of human history.

You people need to learn your place, that is all. It may offend you, you may struggle with it but,

How is communism or soviet socialism a form of Capitalism (Juedo Christian as you say)?

What does percentage of white has to do with it or more specifically the point I have pointed out?

Who are these “You people”? Last time I’ve checked I have a valid Indian Passport, a PAN card, a DL, and an Aadhar card. And even if I’m white American as it seems you think I am one, what place do think I’m in that I don’t know about? What reason is behind such an idea? That I’ve mentioned the fact that Tejas isn’t still indigenous as it’s engine is American? And is it not prejudiced? I feel like it is.