The Indian Army is seeking to procure 1,770 multipurpose future ready combat vehicles (FRCV) to replace its force of T-72 main battle tanks (MBTs). According to a report by the Indian Times, Russian T-14 Armata FRCV is one of the key contenders for the deal that will possibly have a value of more than $4.5 billion.

The global request for information, issued by the Indian Ministry of Defense was issued in November 2017. This is all part of a plan to induct hundreds of armored vehicles similar to the Russian T-14 Armata, Ukrainian Oplot, and South Korean K2 Black Panther main battle tanks. According to the proposed procurement plan, the FRCVs will be manufactured in India by a private company in collaboration with the overseas original equipment manufacturer. Currently, Russian-made equipment forms the backbone of the Indian army’s armored and mechanized infantry units.

On October 1st, Indian Army Chief General Bipin Rawat started his six-day visit to Russia in an attempt to improve the bilateral strategic partnership. The General’s visit includes tours of the Mikhailovskaya Artillery Military Academy, the Headquarters of Western Military District in St. Petersburg and General Staff Academy. “The visit is yet another milestone in giving impetus to the strategic partnership between India and Russia and taking forward the military to military cooperation to the next level,” the Indian Ministry of Defense said in a statement.

According to Indian defense sources, bilateral meetings between the Indian and Russian top brasses will also include discussions of Russia’s “Armata” universal chassis system, which serves as a platform for over a dozen different tracked vehicles. These vehicles include a self-propelled artillery howitzer, an armored military engineering vehicle, as well as the T-15 heavy infantry fighting vehicle and the T-14 Armata MBT.

The Indian general is also likely to discuss the maintenance and lifecycle support of Russian-made military platforms in India.

The Army Chief’s visit coincides with an annual bilateral summit scheduled for October 5th in New Delhi, during which defense deals worth over $10 billion are likely to be signed, according to Sputnik.

The US has threatened to impose economic sanctions on India under the Countering America’s Adversaries Through Sanctions Act (CAATSA) should New Delhi proceed with the induction of the Russian-made S-400 air defense systems. In September, the US imposed sanctions on the People’s Liberation Army Equipment Development Department for the procurement of S-400 systems and Sukhoi Su-35S fourth generation fighter jet.

Nevertheless, there is the possibility that India will be issued a waiver as the U.S. National Defense Authorization Act (NDAA) grants the incumbent U.S. administration authority to waive mandatory sanctions under CAATSA in certain circumstances pertaining to Russian legacy systems that costs less than $15 million. However, neither the S-400 nor the “Armata” chassis system, including the T-14MBT, can be classified as such.

Oplot similar to Armata? it’s just one generation behind.

This is basically a robots. I don’t think the other tanks can be taken as comparison due to it’s completely new concept.

the Oplot is possibly the worst tank in circulation.

it’s just a t-80-D with some “western looking” upgrades, but it’s probably worse than both the tanks it’s presumed to replace.

What about the French Schneider tanks from WW1?

Yes, they would superior to an Oplot.

At least we jnow the T 90 istnt blowing up as easy as an Leopard and M1 when getting hit from an ATGM!

Oplot is good for anecdotes and nothing more than that.

Oplot is two generations behind… It take the cake as the worst MBT in existence.

India current ruling party buying Rafale in ‘premium’ through Reliance group company. How this deal went though i don’t know. I guess the Russian would be happy for the profit regardless how corrupted their deal was for Indians.

I think you may find that the Russians more than the Indians refused to give India the full integral design to manufacture ie the brains not the metal.

India only agreed to buy the Rafale, because France agreed to share the technology.

‘The Capitalists will sell us the rope with which we will hang them.'(Lenin)

Nah my point is the deal that were made under current ruling party have a high degree of corruption involved. Wasn’t really Russian side problem anyhow.

Well of course, it’s India, Hindu’s are the Jews of Asia.

India does not care, US sanctions have a hollow sound when they rely on Indian brains for their IT.

India has been on the receiving end of US sanctions before, and it didn’t slow down their growth. The US even paid Pakistan to attack India, but they didn’t budge.
This time round, the US needs India, more than India needs the US. 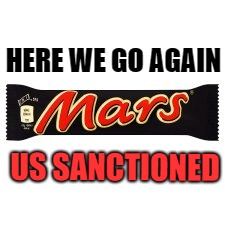