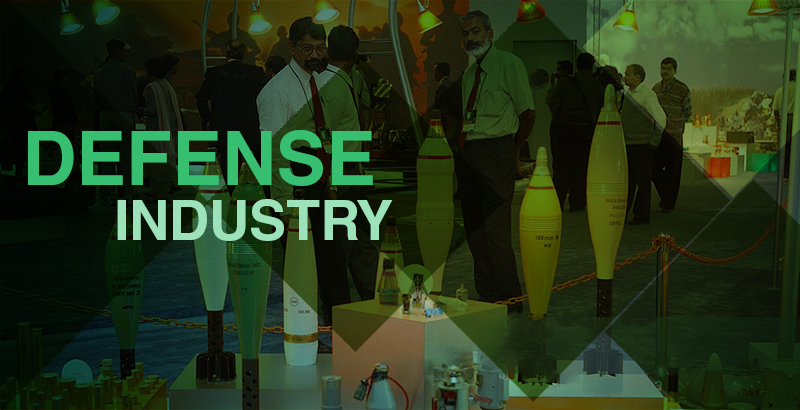 Written by Ninoto exclusively for SouthFront; Edited by Yoana

As the Indian economic engine juggernauts towards growth amid global economic slowdown, Indian policymakers are optimistic but cautious in inviting risks associated with foreign investment and total liberalization. The Government still keeps a heavy control over its heavily regulated and bureaucratic economic system. The World Bank expects that the Indian economy would grow by 7% this year and the Indian industries have benefitted from the recent initiatives by the incumbent Government and the mood is generally positive irrespective of the uncertainties in the world market. Particularly its flagship ‘Make In India’ Campaign has spurred much hope for the economy which is in dire need to generate jobs and attract capital investment. Coupled with its Ease of Doing business initiative, it envisions India as the number one manufacturing hub replacing China.

The Services Sector drives the GDP growth of the Country, making it up to 57% of the total GDP in 2015. The information technology (IT) industries, communication, financial services, trade and transport are the largest contributors within the services sector. The core industries of construction, mining and manufacturing contributes to another 26% of the GDP and the remaining 17% are contributed through the agriculture sector. The contributions by the Services and the Industrial Sector towards GDP are below the world average of 63.5% and 30.5% respectively. Services sector is projected to grow at CAGR (Compounded annual growth rate) of 9%, making it the fastest growing sector of the nation’s economy.

The long term socio-economic concerns of the Indian policy makers include food security, poverty alleviation and social empowerment through education. With the ultimate goal of achieving human development comparable to the levels of the developed countries, the Government of India has instituted several social welfare programmes, spreading the mainstream financial network into its remotest corners and reaching out digitally to all citizens. These schemes absorb the bulk of Governments Public expenditure.

On a medium term plan, India is positioning to maximize its benefits from the potentially rich demographic dividend, with 2/3rd of its population in the working age group (15-60). The average age of an Indian by 2020 will be around 27 years which the government seeks to train and employ. Faced with such an opportunity the industries across all sectors are encouraged to absorb the manpower and contribute to the nation’s progress. The growing Middle income population of the country, about 260 million is another boon for the economy as consumption is bound to rise further.

Since the launch of the Make in India campaign in 2014, several MNC’s (particularly the Electronic and Mobile communication Sectors) have stepped forward and proposed investment blueprints to the tune of several Billion Dollars for expanding their manufacturing bases into the country. The automobile, railways and construction sectors too have made gains in this regard. However, very little or no progress has been recorded the defence and the aviation industry. Though there are several top western companies in the pipeline for collaboration in these two sectors, India’s demand for transferring of technology (ToT) and contentions on other core issues means the negotiations would likely fail.

The third largest army in the world depends mainly on imports to the tune of 60% for its defence requirements making India the world’s largest importer of defence equipments.  Annually 3-4% of the nations GDP is earmarked for defence expenditure and as India seeks to modernize its army and arsenal, this expenditure will inevitably rise in the future. It grows at CAGR of 12% at present estimates.

Currently the Defence Research and Development Organization (DRDO) is the only R&D enterprise for the army. It operates directly under the Ministry of Defence (MoD). The rest of the Defence Public Sector Units (DPSU) and the Ordinance Factories are vertically accountable to the Department of Defence Production under MoD. Most of the projects undertaken by DRDO never see the light. In its 58 years of existence, it has only managed to produce a single assault rifle (INSAS family), INSAS suffers from serious reliability issues and on-field ineffectiveness. The army would happily deal away with the rifle if not for the sake of nationalistic sentiments. The same is the case with the Main Battle Tank (MBT) produced by DRDO. However in the missiles department the efforts of DRDO along with BDL (Bharat Dynamics Limited) have been largely successful. Agni V (5000km), India’s longest range nuclear capable missile was successfully test fired in 2015. Further efforts are being made to develop mobile based canister launchers for the missiles. The failures of DRDO can be attributed to insufficient funding (it receives about 6% of the Defence Expenditure), lack of capable personnel with relevant experience in arms design and production and it’s obliviousness to the army’s feedback about their product flaws.

The Indian aircraft manufacturer HAL (Hindustan Aeronautics Limited) is also the only manufacturer of fighter planes in India. At present bulk of its production project comprises of indigenous TEJAS LCA (Light Combat Aircraft), Light Attack Helicopter DHRUV and assorted parts and equipments for other western companies. HAL is also into contract with Russian Corporations Sukhoi, Ilyushin and MiG for joint production and repair of its fighter aircrafts. Overall the performance of this state run enterprise is below par and if it continues at its present trajectory, its contribution towards India’s defence and security will likely be unsatisfactory. Recent purchase of 36 Rafale fighter aircrafts from France proves that India will resort to buying foreign state of the art products when push comes to shove.

With the looming presence of the Chinese navy in the Indian Ocean, the Indian Navy is urgently upgrading its capabilities. India’s foreign policy prioritizes its relationship with the East Asian Countries and considers it necessary to maintain a strong navy. This will leverage India’s position in its strategic tension with China over blue waters. China had recently announced it’s ambitious on land Silk Road and Maritime Silk Road policy through the Strait of Malacca, impelling India to take precautions.

There are other Government owned enterprises like Bharat Electronics Limited (BEL), BEML (Bharat Earth Movers Limited) and Mishra Dhatu Nigam limited (MIDHANI) which supplements in the production of specialized heavy equipments, armaments, electronic equipments etc. Together they constitute 40% of the Sales revenue of Indias Defence Industries.

The archaic Indian defence industries desperately need a makeover and the Government has undertaken several key policy changes to expedite its transformation. FDI limits in defence industries are hiked to 49%, 100% FDI is also possible after clearance from the cabinet committee on security. India attempts to make transparent and streamline its murky defence procurement mechanism by amending the Defence Procurement Procedure which will be revised annually.  Licensing for industrial permits and associated regulatory hassles are also being relaxed and minimized to encourage domestic foreign participation. Private Industries which were earlier discouraged from entering the defence sector are now invited to invest in Research and Development (R&D) and foster innovation. The entry of private industries into the defence sector can be vital in transforming the defence industry ecosystem of India. India can utilize its comparative advantage by availing the skills and resources of its high tech IT industries and train its huge manpower to fill the vacuum. A resilient supply chain of defence production within the country needs to be built through collaboration with its several DPSU and Private Sector Companies. The bottom line is that there it will take several decades before India becomes self reliant in defence production.

From a purely security perspective, India recognizes immediate threat from terrorists, Pakistan and China in descending order. Indian aims to upgrade its military capabilities to offset the challenges posed by the above mentioned entities. India’s long term goal is to assert itself as a Regional powerhouse in the Indian Ocean region, a position which coincides with US pivot Asia policy. Experts are on the opinion that defence deals taken by India in the future will be in consonance with its long term foreign policy of maintaining neutrality with the power blocs. Therefore it will not be a surprise if India continues procurement of defence equipments both from Russia and the West. With the western companies evidently distancing themselves from any step towards ToT and joint Co-production, Russian corporations can take the leap of faith and invigorate India’s defence production. This will make Russia an important stakeholder in India’s futuristic step in India’s policy and could synergize Indo-Russian strategic relationship to a new level.

Regardless of the present ailments in defence infrastructure and neutral geo-political outlook, India will be propelled by its economic growth to exercise a more assertive role in international affairs in the future. It will then have to widen its security options which will be made possible by expanding its military capabilities. Hence, the development of its defence industries will be crucial to its economic and political success.