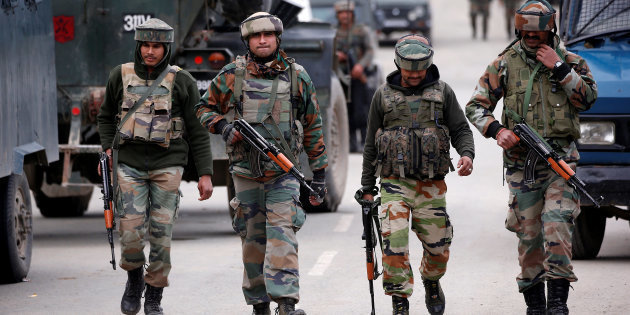 7 Pakistani military positions across Kashmir’s Line of Control (LoC) were destroyed in Rakhchikri and Rawalakote, on the Pakistani side of the contact line, in a recent military escalation in the region, according to Indian officials.

The attack on Pakistani military positions came a day after three people were reportedly killed and two dozen others were injured by Pakistani shelling, which hit the targets along the LoC.

In own turn, the Inter-Services Public Relations (ISPR) of Pakistan said that 3 soldiers were killed and one was injured by “unprovoked fire” from the Indian side.

“Three brave sons of the soil laid down their lives in the line of duty [as] Indian troops resorted to unprovoked fire in the Rakhchakri, Rawalakot sector along the LoC,” the ISPR said. “The Pakistan army responded effectively. [There are] reports of casualties on the Indian side.”

However, the media wing of the Pakistani military provided no details into alleged casualties of the Indian side.

The April incident marked a new round of escalation in the relations between India and Pakistan. Tensions between the sides reached a boiling point after a suicide attack killed 40 Indian troops in the Indian-controlled part of Kashmir in February. India blamed ‘Pakistani-backed’ miltiants for the attack and launched a cross-border air raid against the group.

According to the confirmed data, one Indian MiG-21 was downed in the following air battle between the sides. Pakistan also captured an Indian pilot from the downed jet. The pilot was released as a move to de-escalate the situation. However, this was not enough to solve the long-developing conflict.

Both India and Pakistan need peace, we have enough problems with poverty, corruption and military spending. Our people have no clean water or basic sanitation and yet we spend billions on wars and weapons. US, UK, France, Russia and Israel are arming the subcontinent and stoking conflict to counter China, it is very stupid.

Yeah those evil Hindus. We all how peaceful Sunni muslims are. Just look at Syria.

Looks like India is telling fibs again. It lost another MiG 27 yesterday near Pak border yesterday.

An IAF spokesperson said the pilot managed to eject safely from the aircraft, which had taken off from Uttarlai airbase near India’s border with Pakistan at around 1130 h local time and crashed about 120 km fromthe IAF base at Jodhpur.

An investigation has been launched into the incident.

India lost a Mig 21 Bison, a SU 27 Flanker and a Mi-17 helicopter in its one sided confrontation with Pakistan last month. There are unverified reports that the Indians may have also lost a MiG 29 in the air battles.The IAF prone to crashes has also lost four other fighter aircraft in similar incidents since January, including a SEPECAT Jaguar, an upgraded Mirage 2000H, a MiG-21, and another upgraded MiG-27.

Modi is trying to emulate his mentor Nethanyahu with jingoism. Unfortunately for India, Pakistan is a nuclear weapons state with a fighting military and not some unarmed Palestinians.