The Government of India is planning to construct 14,460 bunkers for civilians in five border districts in Jammu & Kashmir – Samba, Poonch, Jammu, Kathua, and Rajouri – which reside along Line of Control (LoC) and the international Indo-Pakistani border, reports The Times of India.

The state-owned National Buildings Construction Corporation (NBCC) will build these bunkers in populated regions that rest within 3 kilometers (1.86 miles) from the de facto border between the two countries, which have experienced an increasing amount of incursions by the Pakistani Army. 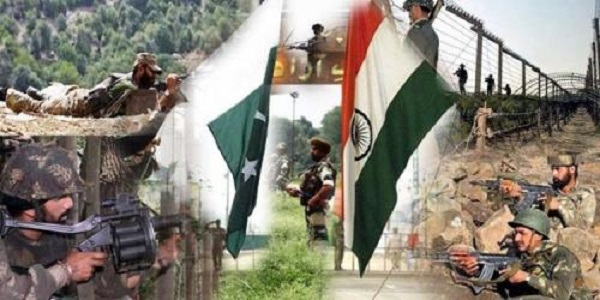 In February, Jammu and Kashmir Chief Minister Mehbooba Mufti announced during a State Assembly that 41 civilians had been killed in ceasefire violations along the LoC by Pakistan between 2015 and 2017. To safeguard civilians from Pakistani shelling across the border, NBCC will build 13,029 small bunkers and 1,431 more massive community bunkers. The Times of India said the construction program would cost around 4.157 billion rupees (US$63.8 million).

The chairman and managing director of NBCC, A K Mittal, told The Times of India that “pre-cast construction methodology” would be used for the bunkers.

“Strategically located casting yards will be used to fabricate RCC components, which shall be transported by trailer/ tractors and the bunkers will be erected by cranes and labourers. We will plan in such a way that each bunker is completed in maximum 2-3 days,” he added.

The Times of India provides insight into the specific locations where the individual and community bunkers will be built.

In addition to building thousands of bunkers, The Times of India indicates NBCC has already started erecting border fencing along the India-Pakistan border.

“It’s a prestigious and challenging project for us. We will meet the time line, which will be set by the J&K government. While we are building World Trade Centre in South Delhi we are also engaged in road and fencing works in Assam, Meghalaya, Mizoram and Tripura on Indo-Bangladesh border and in Gujarat on Pakistan border,” Mittal said.

Earlier this year, we reported on 40,000 Indians fleeing the Jammu and Kashmir region, as intense military shelling from the Pakistani military turned the region into a war zone.

“Along the 786 km-long Line of Control (LoC) which divides the State of Jammu Kashmir between India and Pakistan, sporadic cross-border military gunfire between both countries is not that unusual. However, this weekend, in the region of Noushera, Rajouri and Akhnoor sectors of Jammu and Kashmir, more than 40,000 Indians have fled their homes and shops amid the fourth consecutive day of intense shelling from Pakistani military forces, the Economic Times reports.”

The sporadic cross-border military skirmishes between both countries have led to fears of another Indo-Pakistani war breaking out. According to government statistics, there were some 860 incidents of ceasefire violations by Pakistan military forces along the LoC in 2017, compared with 221 the prior year. As India prepares to build thousands of bunkers for its civilian population before the next conflict breaks out, Western media outlets have ignored this dire situation and would rather focus on unverified claims of a Russian nerve gas attack in the United Kingdom. Nevertheless, the LoC could very well be the epicenter of “World War III,” said the Daily Express.

for tadj mahal? put in google

You really are a useless wank stain.

you little shit, i block you.

>>As India prepares to build thousands of bunkers for its civilian population before the next conflict breaks out, Western media outlets have ignored this dire situation and would rather focus on unverified claims of a Russian nerve gas attack in the United Kingdom.<<

Western media ignoring major developments in the 3rd world in favor of insignificant local hysteria? Why, that has never happened before now has it?

Thats right. Indiens are doing the usual stuff. The Pakistanis will be knocked out again and again. No use for civilians to die for that.

I dont think westerns are ignoring things. You in the muslim world are not able to solve anything and we too. Most refugees are muslims killing muslims.

And we do have our own problems as well as all incommers.

Why does millions of muslims prefare to live among christian sekulars ?

Because the West is the land of milk and honey to most people who live in the 3rd world. They see it on our TV shows and films, and they hear it from their friends and families who have made it here already. Free money, housing, healthcare, basically the good life. Of course they’re going to come here. Who wouldn’t ?

Why ?, because these low IQ tools are playing along to plan. Huge reduction in population, more assets up for grabs and so on and so on.

To the Western scum – ignorance is bliss. India vs Pakistan may also split the Chinese / Russian alliance in their view.

I honestly believe that the US / deep state – whatever are sh1tting themselves as everything they have geared up for years can be deleted in months.

I think its far more simple and less nefarious. Its the monkey sphere. The monkey sphere has it that we can only feel a direct connection to some 150 people. Any more and they become just numbers to us. Extrapolate to the news and we see that the further people are removed from us, friends and family > local community > own country > neighboring countries > rest of the world, the less we feel a connection to them. Therefore local tragedies will always speak more to us then a massive disaster on the other side of the world.

Firstly will you learn to tick up or down – it helps my chip learn.

Se secondly, I think I get what you are saying but for me as a BRIT, Russia is 80% in Europe and they are my buddies; the Yanks are not now.

Why does respected Southfront republish such one-sided view of the age-old Kashmir conflict?

Land of contradictions. They will have S-400 SAMs as well as Albanian style bunkers!