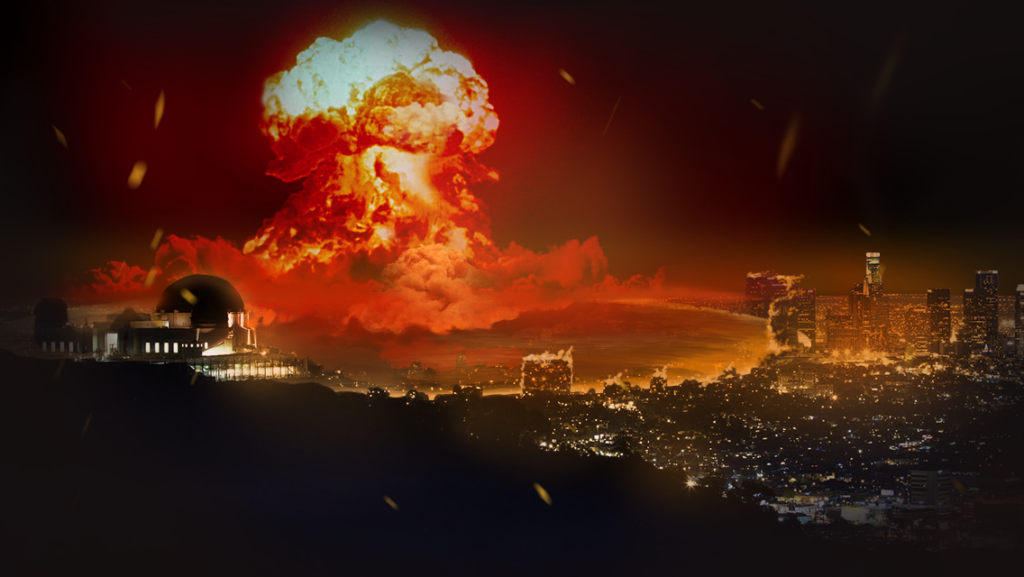 Campaigners for the abolition of nuclear weapons had every reason to clink glasses with the coming into force of the Treaty on the Prohibition of Nuclear Weapons in January.  Nuclear weapon states and their allies still persisted in calling the document unhelpful and unrealistic; the self-appointed realists have preferred the go-slow approach of disarmament, a form of moderated insanity.

In March, it became clear that the United Kingdom, one of the opponents of the TPNW, had decided not only to look the other way but walk in the opposite direction.  The threshold of British nuclear warheads is to be increased to 260, though the authorities maintain an intentional ambiguity about the exact number.  This reverses a decision arrived at a decade ago, which promised to cut the maximum threshold for nuclear warheads from 225 to 180 by the middle of this decade.  In the words of the Defence Command Paper of the Ministry of Defence, titled Defence in a Competitive Age, “Some nuclear-armed states are increasing and diversifying their arsenals, while increases in global competition, challenges to the multilateral order, and proliferation of potentially disruptive technologies all pose a threat to strategic stability.”

Such a direction is very much at odds with public support for Britain joining the TPNW.  A poll conducted in January for the Campaign for Nuclear Disarmament found that 59% of the public expressed support for signing the treaty, including 50% of conservative voters and 68% of Labour voters.  The policy also breaches undertakings made under the Nuclear Non-Proliferation Treaty to pursue efforts to disarm.  Beatrice Fihn, Executive Director of the International Campaign to Abolish Nuclear Weapons, decried the decision as “toxic masculinity on display”, “irresponsible, dangerous and violates international law.”  UNA-UK’s Head of Campaigns Ben Donaldson remarked that the UK government could best “invest in measures to combat climate change and pandemics, not trigger a dangerous new arms race.”

The push towards more nukes would seem to be a compensation for reducing numbers in other areas of defence.  While the nuclear arsenal is slated to increase, the number of soldiers in service will decline: from the current target of 82,040 to 72,500 in 2025.  (Even here, a bit of make-believe is taking hold, given that the Army currently has 76,350 soldiers in service.)  Effectively, Britain wants to roar with less, all part of what Defence Secretary Ben Wallace calls “increased deployability and technological advantage”.

The justifications for doing so, outlined in the Defence Command Paper, are the immemorial ones: new threats, new security environments, and a topsy-turvy world.  “The notion of war and peace as binary states,” writes Wallace in the paper’s foreword, “has given way to a continuum of conflict, requiring us to prepare our forces for more persistent global engagement and constant campaigning, moving seamlessly from operating to war fighting.”

The review identifies “four overarching trends” of concern for the UK: the growing importance of the Indo-Pacific, China’s assertiveness and “the influence of middle powers”; systemic inter-state competition, including between governments with “democratic and authoritarian values”; the challenge of technology, beneficial “but also becoming an arena of intensifying geopolitical competition”; and various transnational challenges requiring “collective action, such as climate change, biosecurity risks, terrorism and serious and organised crime.”

This sounds much an ominous promise to commit Britain to a state of affairs reminiscent of that most absurd of US policies: the waging of permanent war for permanent peace.  But Wallace wishes to be farsighted, urging the dinosaurs to move over and forget “the shield of sentimentality to protect previously battle-winning but now outdated capabilities.”

The theatre for this commitment will not just be the conventional ones centred on the NATO alliance.  Officially, Britain is again looking east of Suez, with an eye to drawing in old allies.  “Our partnerships with Canada, Australia and New Zealand will be at the heart of our tilt towards the Indo-Pacific, as we work to support them to tackle the security challenges in the region.” Central to the “tilt” will be the maritime partnership with India.  The object of the exercise is clear enough.  “The rising power of China is by far the most significant geopolitical factor in the world today.”  Britain had “to be prepared to push back to protect our values and global interests, while maintaining our ability to cooperate in tackling global challenges such as climate change and the mutual benefits of our economic relationship.”

The way this Global Britain vision is going to be achieved is a novel one.  Fewer personnel will have fewer tanks (reduced from 226 to 148 upgraded versions).  The RAF will oversee the retirement of its older Typhoons (“equipment that has increasingly limited utility in the digital and future operating environment”) and Hercules transport aircraft.  The Navy will also farewell its share: two of the oldest T23 frigates.  “We will bring Type 31 and Type 32 frigates into service, these new vessels are not just replacements for existing platforms, they will be more flexible than their predecessors.”

The defence paper abounds in the terms of an accountant gone wild, intoxicated by notions of bottom lines and efficiencies.  Fleets are to be rationalised or retired; capabilities must be increased; the stress must be on the digital.  But on the subject of nuclear weapons, Global Britain’s eyes remain very much focused on the past, shackled to the notion that a greater number of nukes somehow guarantee security. A certifiably barbaric relic of thinking.

The British are the worst criminals in history. The little frigid island of petty shop keepers and thieves still thinks it is a major power. The UK and its corrupt soap opera Rothschild monarchy of crooks is a disgrace.

From world power UK is turning into insignificant regional power

“British Army would be cut by 10,000 personnel to a size of just 70,000.” https://militarywatchmagazine.com/article/british-army-cut-to-lowest-levels-in-over-350-years-with-latest-of-many-cuts-service-78-smaller-than-cold-war-years Even Russian special ops forces are bigger in number than entire “British Army”!!

The Brits need more nukes for when their big dog buddies in the States collapse into the Dis-United States.

Then they will sit in the corner murmuring quietly, hoping no one remembers their role in butchering natives of far off lands.

The British have descended so low that when it comes to them it is almost always reason to laugh at them, they no longer have the eyes to cry and they go around babbling like they were masters of the world, the true story of the English is that they have been for longer three hundred years in debt slaves of the usurious Jews, and they will consume them to death.

the barbaric xenophobic anglos –insecure and unloved, observe their own decline, irrelevancy and to the civilized peoples delight, accelerates their demise, ignoring the needs of their own population, spend even more resources where it benefits only their ruling class