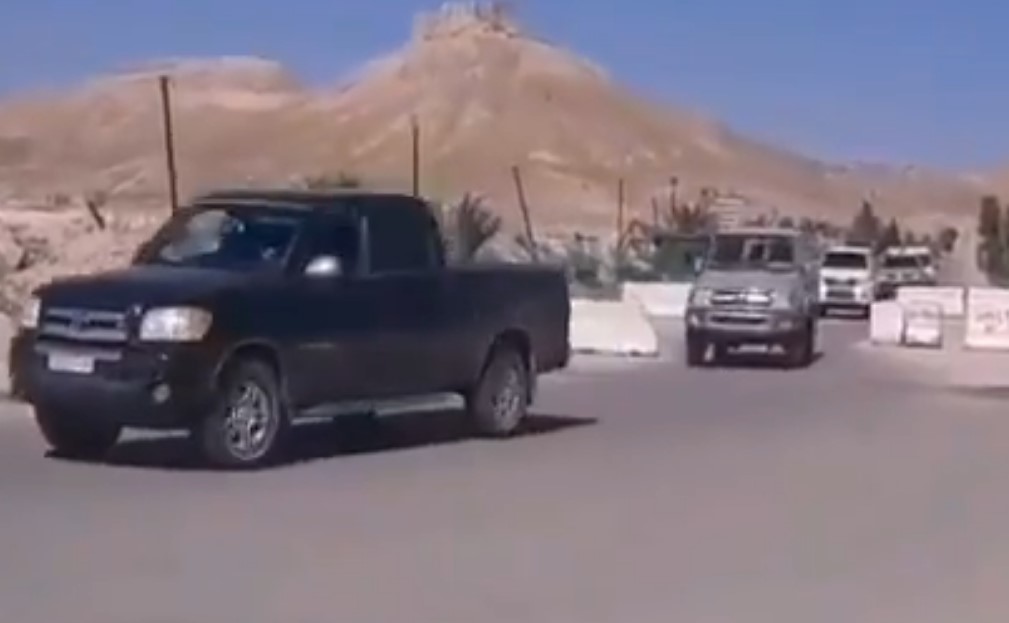 A unit of the Maghawir al-Thawra militant group, funded and trained by the US-led coalition in the al-Tanf zone, has surrendered to the Syrian Army with all of its weapons and equipment.

The Russian Defense Ministry commented on the situation by saying that a total of 27 members of the militant group surrendered to the Syrian Army. Their weapons and equipment included 9 vehicles, 11 weapons including 4 heavy machine guns and 5 grenade launchers, as well as up to 7,000 rounds of various calibers for small arms, more than 20 RPG rounds, and 6 high-tech communication devices.

UPDATE: The official propaganda of Maghawir al-Thawra has own version of events:

A few of his family belonged to the Maghaweir al-Thowra. They left as well. We did not forbid this. If one wishes to leave we do not force them to stay. There is much misinformation about this situation.

Some of them requested to go to Idlib with the famous green buses. They could use the US training to assist HTS in the upcoming SAA offensive. Syria has to be very careful with them.

If they are Syrians put them in work camps,if any are Foreign execute the bastards.

Smugglers. Now there’s a promising career path in these times.

The explanation given by MaT group is laughable. :P

Assad must stay
Reply to  Ivanus59

I had a hard time trying to.make sense of it, I gave up lol

I don’t know what’s going on but I do know that if the Kurds have any sense, they will have struck a quiet deal to defect to the Syrian government as soon as American Caesar is busy elsewhere.

I doubt that these are the latest / greatest but they still could be a valuable intelligence coup.

Ha, nice PR damage-control by Maghawir al-Thawra. It’s probably half-true, as they likely were drug-smugglers. But everyone knows these terrorist groups don’t really care about ethics, they’re quite happy to use drugs as a way to make money.

They probably left because the group has no future. They made their money and left while they still could.