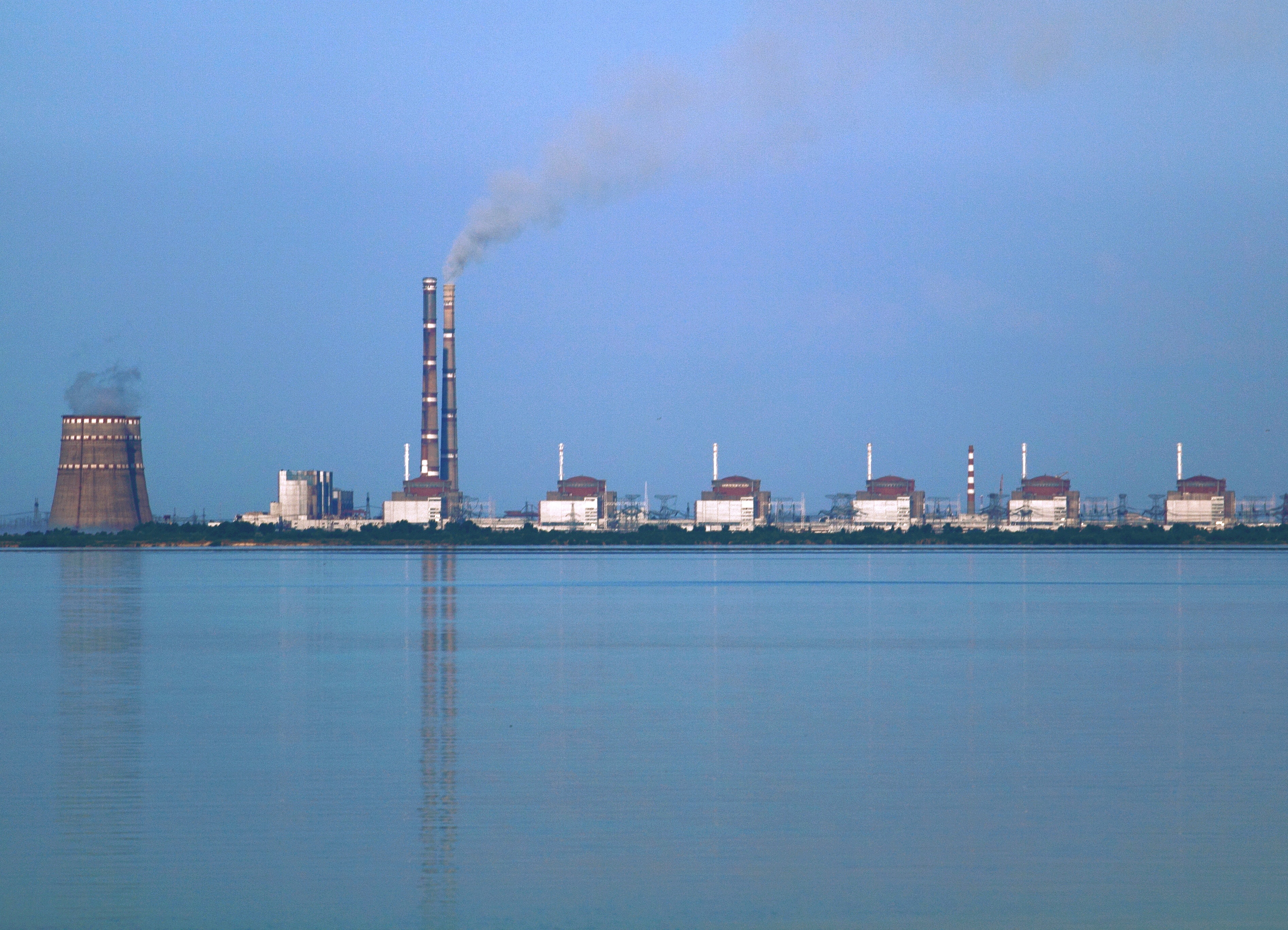 A Ukrainian sabotage group, which was plotting a terrorist attack at the Zaporozhye nuclear power plant (NPP), had been detained in Enerhodar city, Vladimir Rogov, a member of the main council of the Zaporozhye region military-civil administration, said on August 31.

“A group of Ukrainian saboteurs who were preparing a terrorist attack at the Zaporozhye nuclear power plant was detained,” Rogov told Sputnik.

The saboteurs were armed with three British-supplied NLAW anti-tank missiles and equipped with US-supplied a Starlink satellite internet terminal.

Earlier, the Russian Ministry of Defense reported that a shell fired by the Ukrainian artillery hit the radioactive waste processing complex in the Zaporozhye NPP.

The plant was captured by the Russian military and its allies in March. Kiev forces were using the plant as a military position. Loads of weapons and ammunition were stored there.

Kiev forces escalated their attacks on the Zaporozhye NPP in the last few weeks, threatening the country and its neighbors with a serious nuclear disaster. The repeated attacks on the plants are apparently meant to pressure Russia into handing the plant back to Ukrainian authorities.

The recent attacks came as a mission of experts from the International Atomic Energy Agency (IAEA) are preparing to visit the plant.

The authorities of the Zaporozhye region said that they are prepared to protect the IAEA mission. However, they voiced concern over the fact that six out of the mission’s 11 members represent NATO countries, which have been providing Kiev with massive military support.

It’s worth noting that most of the recent Ukrainian attacks on the Zaporozhye NPP were carried out with NATO-supplied artillery and missile systems.

These saboteurs and the 3 convicted mercenary war criminals should be lined up in a single file and shot with one dushka round. No need to waste too much ammo on such lowlife scumbuckets.

Castrate them all ensuring they won’t ever multiply.

This should be televised and read the act of execution before they get killed. People around the world should know what these people have done before execution. No pity, certainly not for those who try to blow up a nuclear reactor or power plant. As I said before the electrical chair is the best way to kill these criminals, because they have to suffer before, just like the people they might have killed , can you imagine the pain and suffering the million of people would have to endure before death, if they had succeeded in their plan. A BULLET IS TO EASY for those criminals, THE ELECTRICAL CHAIR is the REMEDY for those TERRORISTS.

They were moderate rebels fighting for peace and freedom, and for a greener world without clima change.

Ukraine is desperate. Why not just surrender? Oh that’s right. It’s run by Jews and Jews want the gentiles dead (except for some servants).

Oscar Peterson
Reply to  It absolutely is the Jews

Yeah, but desperate to do what?

What’s their goal in connection with ZNPP?

Obviously, a major nuclear catastrophe in Ukraine is NOT good for Ukraine.

Are they trying to generate some small contamination (if that can actually be planned) that impeded Russian operations and can simultaneously be blamed on Russia?

There are some other indicators of desperation–the attempt to kill Dugin, if they did that, the seemingly hopeless attempt at a counteroffensive, etc

Their goal is to create an event, a propaganda coup, that in their minds would force the west to enter the war directly.

“Not good for Ukraine”? Since when the fuck did they develop a concern for what is good or bad for Ukraine? Ukraine itself is a brainless brick to be throw at Russia, hurting Russia and it’s future territory of Ukraine is all that matters to the zionist masters in NATO.

aka22
Reply to  Oscar Peterson

They just try to get UN peacekeepers there to shield Nikolaev and Odessa from the inevitabile advance of RF. Crazy pentagon plot. The crazy psichopated pentagon would sacrifice that IAEA crew just for a shot to get a UN resolution in that sense. Crazy așa mf dumb sour loosers do that.

Turns our Daria was the target. I would not be surprised if those Israeli trained murderers have already been liquidated, and any news of it will be memory-holed or wiped from the record.

Southfront resident nigha
Reply to  It absolutely is the Jews

It is funny, how a Goy always turns to a Jew after he acquires some slaves.

Put them facing the first wall and execute them with the same ‘capitalist’ weapons, everything recorded on camera.

Torture them to get all the intel info out of them then kill them and dump their bodies in a river.

What, you’re now suggesting Russia should begin complying with the international rules based order?

Ukraine is a terrorist state. Has been for almost a decade now.

This is not a war between Russia and Ukraine, this is a war between the New World Order globalists and those who resist them. Russia, is, fighting for the whole world to thwart the evil that brought you Covid 19 and many other recent curses and who absolutely plan more……

It’s the same conflict pushed by the same rich controllers that was fought in the early 20th century wars in Europe and asia, the western imperialists trying to enrich themselves take over and enslave the world for its resources

for sure Ukraine shot down the Malaysian airplane.

These saboteurs pure criminals and should be charge under war crimes against humanity.

shuv the javelin up their ass, but kindly add a little oil

Nice catch. I bet the criminals made the mistake of having a cellphone on themselves. The same commercial spy device that logs your location history even if you think you turned it off, the kind of phone that takes an infared picture every 5 seconds, logs the data and sends it in a packet everytime it pings a tower, in this case, a cell tower in Russian controlled territory. Of couse, they prolly got ratted out by a local paying attention.

Hmmm. Will they be strung up outside the NPP and be used as human shields? Prolly not, Russians have too much integrity.