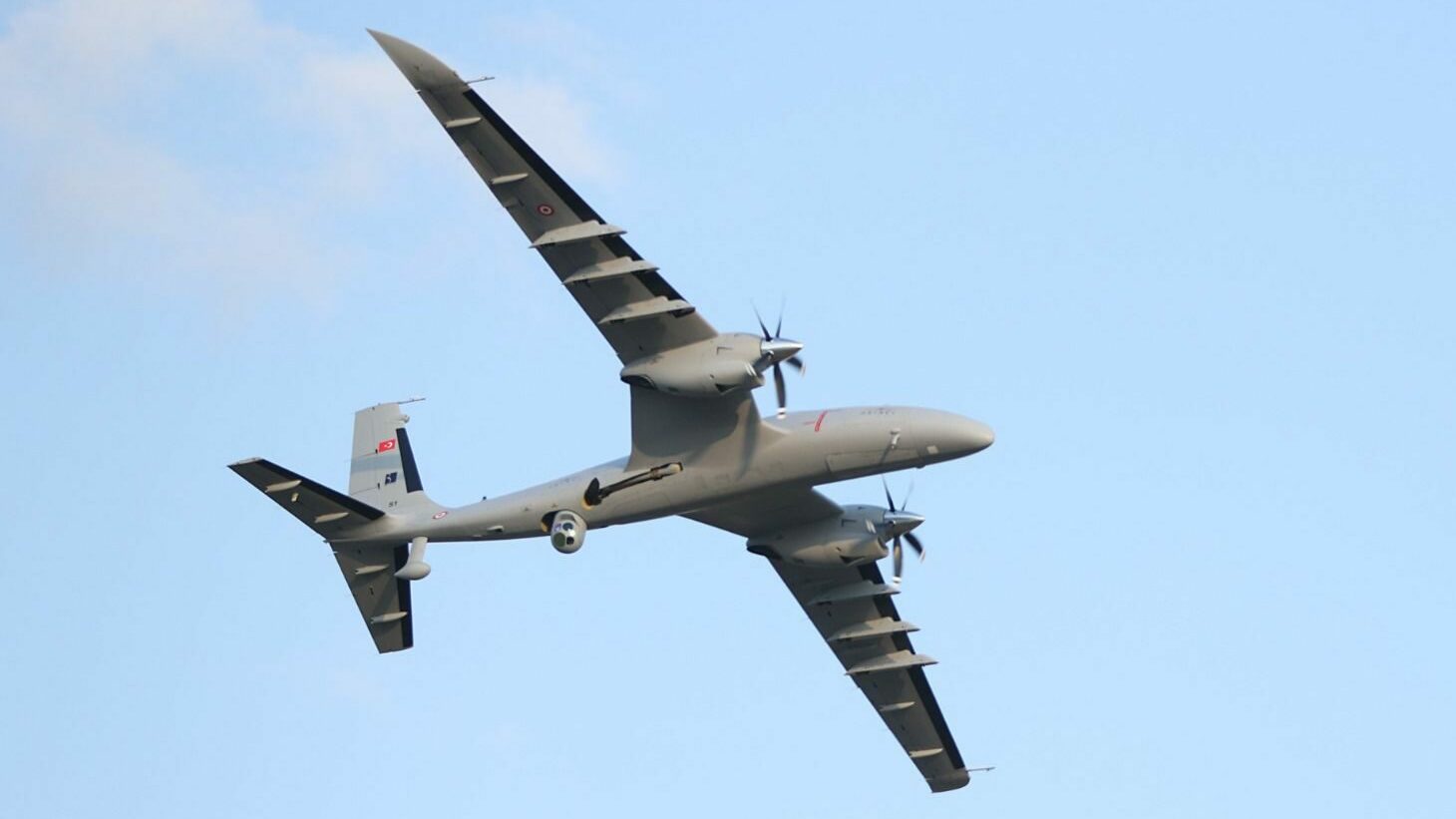 During the live-fire test, an Akıncı drone, carrying four Tolun bombs on a single hardpoints, flew from Tekirdag towards the Karapınar shooting range in Konya, where it successfully hit the target at least twice.

With a wingspan of 20 meters, Akıncı is among Turkey’s largest combat drones. The drone was developed to carry out ISTAR [intelligence, surveillance, target acquisition and reconnaissance] missions as well as C3 [command, control and communication] tasks and combat operations.

Akıncı has an operational range of 7,500 kilometers, an endurance of 25 hours and a service ceiling of over 12 kilometers. Baykar plans to integrate a wide variety of precision-guided weapons on the combat drone, including the Tolun.

The Tolun is a Turkish copy of the American GBU-39 Small Diameter Bomb. The glide bomb weights 135 kilograms and is guided by a GPS-aided inertial navigation system. According to Aselsan, it can hit targets more than 100 kilometers away with a circular error probable of less than 15 meters.

The light weight and long range of the Tolun will enable the Akıncı to engage many static targets from a safe distance during a single sortie.

Turkey has been working nonstop to develop the stand-off attack capabilities of its combat drones, likely to address more advanced threats like air defenses, electronic warfare systems and radar stations.

the kabab strikes back