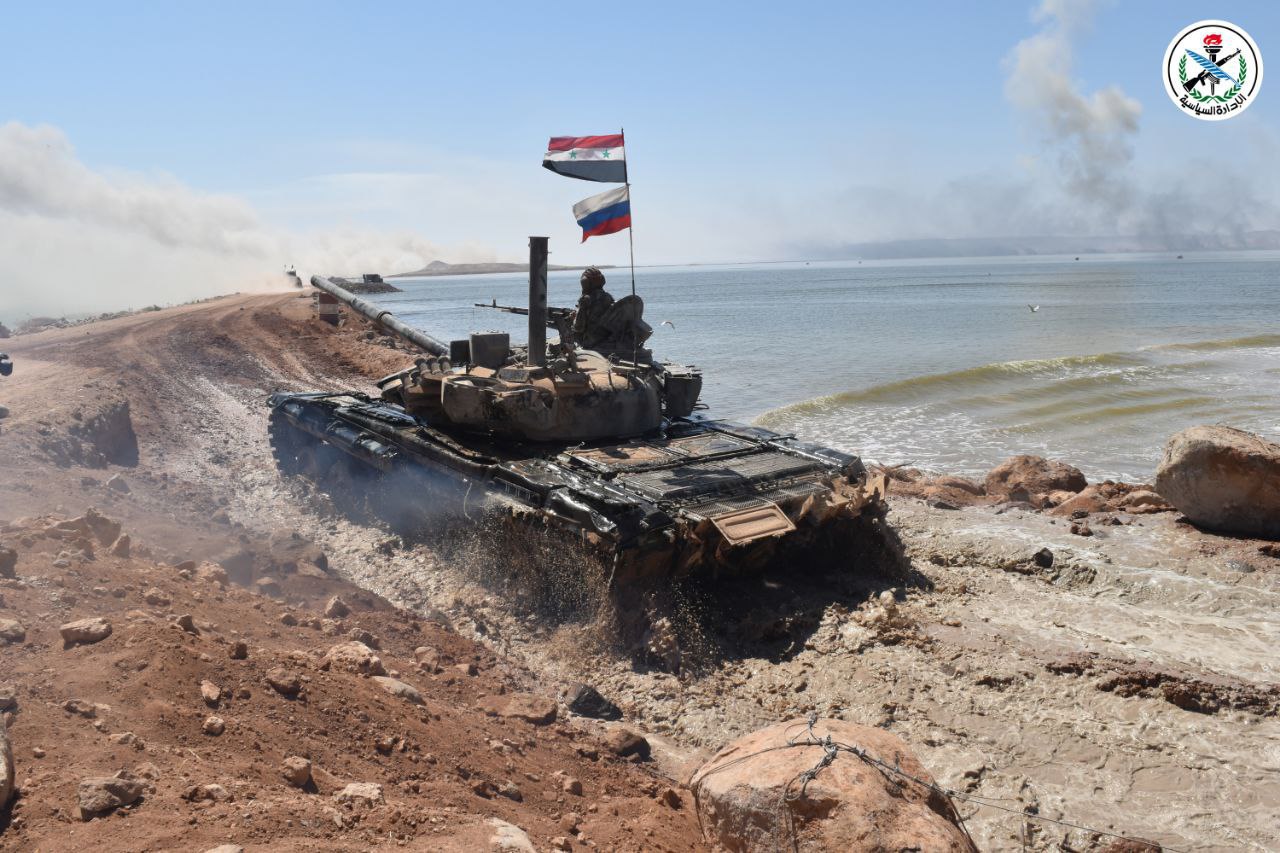 On July 30, the Syrian Ministry of Defense announced that one of the formations of the Syrian Arab Army (SAA) had held a tactical, live-fire exercise with the Russians military.

The exercise mimicked a large-scale attack on fortified enemy positions located behind a lake. The attack saw SAA troops crossing the lake and landing from air behind enemy lines with fire support from the air and the ground. The army also repelled a number of counter-attacks by the enemy and foiled a landing attempt near its own positions.

Dozens of Syrian and Russian warplanes took part in the exercise. Fighter jets targeted the enemy across the front line, while helicopters landed troops and evacuated the wounded. Syrian air defenses also shot down a number of mock drones that attempted to support enemy forces.

The exercise was the most recent in a series of drills by the SAA. Earlier this month, the army held a night parachuting exercise with support from the Russian military.

Russia has been working to rebuild the capabilities of the SAA since the beginning of its counter-terrorism operations in Syria more than six years ago.

The SAA’s recent drills came amid threats by Turkey, whose military and its proxies are currently preparing to launch a new large-scale operation against Kurdish forces in northern Syria. The army has already warned that it is fully ready to repel any “aggression” by Turkey on Syrian territory.

Russian military is the master of “Tactical” things.