The self-administration in northeastern Syria, which is a part of the Syrian Democratic Forces (SDF), announced on March 2 that it will release 283 people who are suspected of being ISIS members.

In an official statement released by the SDF’s press center, the self-administration said that it will release these suspects upon the request of local tribal leaders and claimed that none of the suspects had participated in any of ISIS crimes.

The decision to release the suspects coincided with an attack by ISIS cells on a meeting between the SDF’s security forces and local tribal leaders southeast of the city of Raqqa. Several tribal figures and personnel of the SDF were reportedly killed in the attack.

The SDF released thousands of suspected ISIS members during the last two years. Local observers warned that this step will allow the terrorist group to resurface in northeastern Syria. The increased number of terrorist attacks shows that this warning is becoming reality.

They’re being recruited, like they let 100’s of ISIS fighters through to fight Turkey near albab without stopping them.

The US has been flying ISIS troops to Afghanistan and the Philippines, and Turkey is not going to stop the US.

To Idlib they go!

stfu dumb ass they wont, they will be recruited to YPG :D

Fighting for ISIS is a crime on its own. So shoot the basterds insted f freeing them would make the world beter.

Of course, this was done under USA orders.

The stupid Kurds are preparing their own noose.

And the ISIS leader, Al Baghdadi, is nowhere to be seen… having left with his Mossad minders with CIA help. 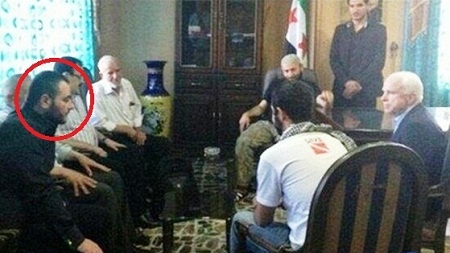