On December 12, a unit of the Syrian Army blocked a US military convoy from passing near the Qamishli Airport in the Syrian province of al-Hasakah. The Syrian Army forced US troops to turn around and make a tactical withdrawal.

Over the past months, the Syrian Army and the Russian military increased their presence in the province of al-Hasakah, including the Qamishli Airport. Several Russian military vehicles and helicopters were even deployed there.

nothing much they can do the evil and unhinged states of A. what a larf and a hoot.

how do the CIA funded trolls that frequently comment here rationalize this typical americun cowardice?

IDK. All we can do is await Tommy Jensen’s parody ? (smile)

Insanity and the refusal to acknowledge reality on the ground?

Tyoical arap music rhetorics learned from babies. Now You and others even blame them for retreat and name them as cowards.

How stupid is it allowed to be and even being the same race as mine.

I dont know many angry ones. I just pay to them by tax.

Strange they come here and prefare to live among danes for You.

u r merely 1 of many

This wont be the last withdrawal the US will do.

US Airforce should have sent in an Apache Gunships and AC-130’s to teach those Assad Regime thugs a lesson!

Oy vey shut it down.

Russia and the SAA have already moves air defences into Eastern Syria. Apache gunships and AC-130 can only operate safely when the USAF has air superiority. All they would be is fat targets for manpads. The only real option here would be air strike with a fighter capable of operating in contested airspace or arty.

And you would think they would disable the backup beepers on their MRAPs before leaving the base …. it’s embarrassing to announce your retreat with a chorus of backup beepers.

But oh, how satisfying!

Far out conclusion of the worst kind. Maybee You should be operated in Your head about USA in these matters.

They retreated. GET`IT. That wasnt based on manpads or anything else in Your unimportant mismanged land at all, but that Trumpin his old election plan promised to move out.

If Obama still was preident the would not be any a possibilty.

“They retreated. GET`IT. That wasnt based on manpads or anything else in Your unimportant mismanged land at all, but that Trumpin his old election plan promised to move out.”

I was referring to the good doctor’s assertion that the US patrol should call in AC-130’s and helicopter gunships and confront SAA troops rather than retreat back the way they came. Nothing I wrote referred toTrump’s decision to pull US forces off the border. In all honesty the US patrol did the right thing avoiding conflict.

Is that so now. They “Should have sent a lesson” you say. But the thing is, in real life, “nothing happened and they retreated”, correct ?

I guess that’s precisely one the increasingly frequent cases to come where reality parts ways with fantasies occurring in your mind, bearded hipster.

Oh, and those “thugs” were at home, manning their sovereign posts. Their right, their responsibility, their jurisdiction, their land, their ressources.

The Americans, by contrast, are the foreigners occupying Syrian land in complete illegality, and there with the declared, explicit intent from their commander in chief to “get the oil” from their country.

So how come the national armed forces of a country are the “thugs” where the criminal invaders coming here with overt intent to steal their ressources get a free pass ?

Your mind seems to be struggling a bit with rational and intelligent thinking.

that oil belongs to the SDF! not the butcher regime. by the way, with a name like gryzor (zor ending) you sound like a Russkie troll

Oh really ! so you have jurisdiction and authority to decide who gets what within a sovereign nation-state now ? can you point me to the nearest official representation of the Syrian Kurdistan recognized as a separate national entity anywhere in the world ? which UN chapter should I visit or call to have more information, where’s the flag floating in New York side by side with other member-states ? how many countries currently recognize two distinct states within today’s Syria ? how many maps make mention of its borders ?

Syrian oil is Syrian oil, and belongs to Damascus, where the government sits, no matter if its Assad, Baathist of otherwise. If national discussions have to occur down the line to establish a final status for the Kurdish areas, it has and will happen within the Syrian state, by its diverse religious and ethnic groups, and certainly not by the hand of outside occupiers such as the US, Israel, or its ally Saudi Arabia hell-bent on fragmenting it to further erode its integrity and pillage whatever remains of its national ressources.

Indeed, as far as International Law goes, all of eastern oil & gas belongs to the central and sole existing Syrian government to this day, as even Paris, London and Berlin have repeatedly stated despite their many objections to Assad’s rule.

But maybe by your twited and ignorant logic you also recognize the Sunni Idlib Caliphate as yet another separate sovereign province or even quasi-state within Syria holding Shariah Law as its constitution ? after all both Turkey in the North and Israel (in its part of the occupied Golan where their ideological brethren once held), helped those prosper for years !

You want to speak about nations and separate territories ? let’s do it ! So may I start by what is ACTUALLY EXISTS ? like ALL of the West Bank , recognized by every nation on Earth bar Israel in the world as Palestinian territory and absolutely not Israeli, same for East-Jerusalem (bar the Trump admin, and satellites such as Guatemala and its clown president , literally, by former profession), and same for the Golan that happens to be regarded entirely as Syrian territories to this day by the whole of the world community, and even Israel-friendly Western Europe ? how about we start that discussing those issues before we delve into a fictitious Syrian Kurdish state just because you fake rabbi, real hasbara troll say so?

Oh and go get a life too : Gryzor is the name of a old arcade game release in the late 80s,there is nothing more American that its style, even though it comes from Japan originally. A little pop-culture never hurts, and I won’t google for you, I guess even your 20 IQ is enough to find it yourself.

You are the troll. This guy is a fake account of Jacob Wohl.

Agreed, but the bearded hipster is funny pick though, you gotta give him that. Sorry the “Phdipster.” The guy’s a doctor man.

legend has it, Jacob has 1 troll account for each 100 square foot surface area of his nose! that means its 400sq ft and growing!

Just out of curiosity what are you a doctor of? If this post is any indication it sure isn’t international law and your knowledge of military matters is right up there with a 14 year old gamer so what is it …. Womens studies? Social work? Cartography?

Just like all the oil and gas in Israel really belongs to the Palestinians . so why are you thieving it. 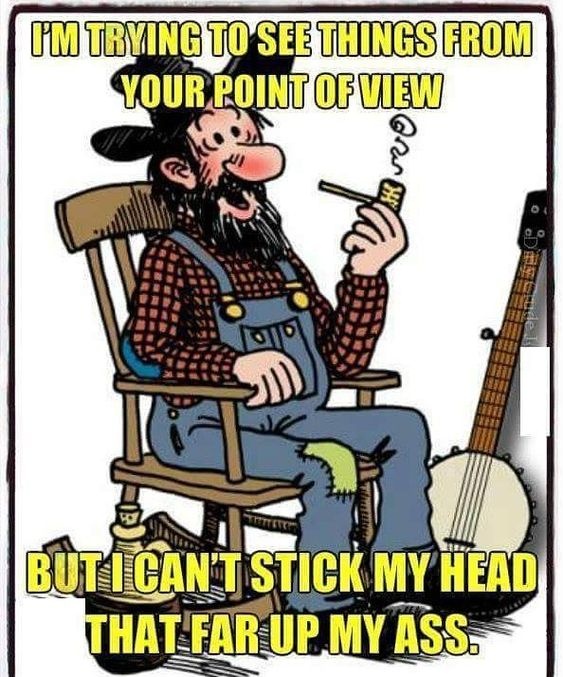 No, they should not. That conoy easy could go around that Assad Town center. Any map show several alternatives. Maybee they used GPS:) It is a shortcut.

such an obvious and childish troll you are.. lmao

Shlomo . . . your mother is calling you. Your Bar-Mitzvah is about to start . .

Larry missed his bar mitzvah. now as punishment they will break Hannukah eggs on his Egg Head

The US forces were told you don’t rule here and you shall not pass. Go around the back way . They complied. Larry stick to sucking dick because you sure have a 14 year old’s understanding of how this all works. Bring in the gunships , yeah right , clown. Just because I call you an arsehole clown doesn’t mean I am antisemitic. Just means you are a dumb 14 year old kid doing your day job as an arsehole . Ph.D no, really VD , verbal diarrhea , you talk a load of shit.

Based… Burgers get out of Syria and Arab land.

they need to go back to Fat Mcdoanlds Land! where diabetes and heart attacks happen once a minute

They never has stolen any oil from there. Where do they transport it from an to????

Oh come on Jens, do not be naive. They transport it either to Turkey or to Iraq. It is done by truck tankers. Hundreds of them were destroyed by Russian airforce back in 2016 and 2017, but that was ISIS operation. But the means to deliver the oil to US ‘partners’ in crime still exists.

You are talking to an asylum escapee buddy . .

what he said. I wasted countless precious minutes of my time trying to talk some sense into the man even around our many disagreements. But not only does his English suck as much as earliest beta versions of Google translator, but his logic is either insanely broken or entirely absent. Either way, if you’re looking into even the most basic levels of rationality in your interactions with him, then you’re wasting your time.

You are totally outdatet. At that time it aslo was ISIS having almost all oil and gas and could make fuel in larger quantities. and the main smugllers was not SDFs at all.

Infame accusation based on You not even are able to handle a calender with a map or has totally memory lake.

Syrian oil has been looted for years – trafficked through Kurdish province of Iraq into Turkey. This is not news to anyone paying attention.

Thats not much and only true in very small quantities. W#hen did SDFs take the oilfields from ISIS at the DEZ-Abu Kamal Region.

You are so stupid being not able to handle a camender as well as propoerions. SDFs has not been able to produce much fuel as well as it mainly has been sold to Assads and being for own purpose. .

These unwanted scums should leave Syria or be kicked out. I do not think they would allow anybody go to America and do what they are doing like stealing the oil and occupying land.

As I see it people emmigrate to USA. You are not even able or allowed to wonder why.

They can go around Hasaka.

LoL. You should hear yourself talking nonsense, your sore looser. They can probably go around Tehran then Baghdad as well while we’re at it, whatever. A massive detour, but probably worth the shot.