The Russian Aerospace Forces have carried out a new wave of airstrikes on Hayat Tahrir al-Sham and other Turkish proxies in Syria’s Greater Idlib.

funny picture on front face cover! su57 is non-stealth 4.5 genration fighter jet! India not wants it because its horrible! NOT STEALTH. has a radar size of 0.1square metre that is size of a DRONE! he he garbage
russkie airforce cannot detect Israeli F-16I or F-15I or F-35 Adir !!
IDF fly in syria every second without being detect!

made by actor in media to frame IDF! lies the world! ICC is criminal just like all antisemt peice of shethet

wasn’t an f16i shot down by old soviet AD in Syria?

yes big deal, after 10000 successful airstrike 1 f16 that made error of flying too far into syria sky gets hit! Crew survived! Deal with logicc and fact moronism

“russkie airforce cannot detect Israeli F-16I or F-15I or F-35 Adir”..well it seems they can detect an shot down israelis with 1970 tech. 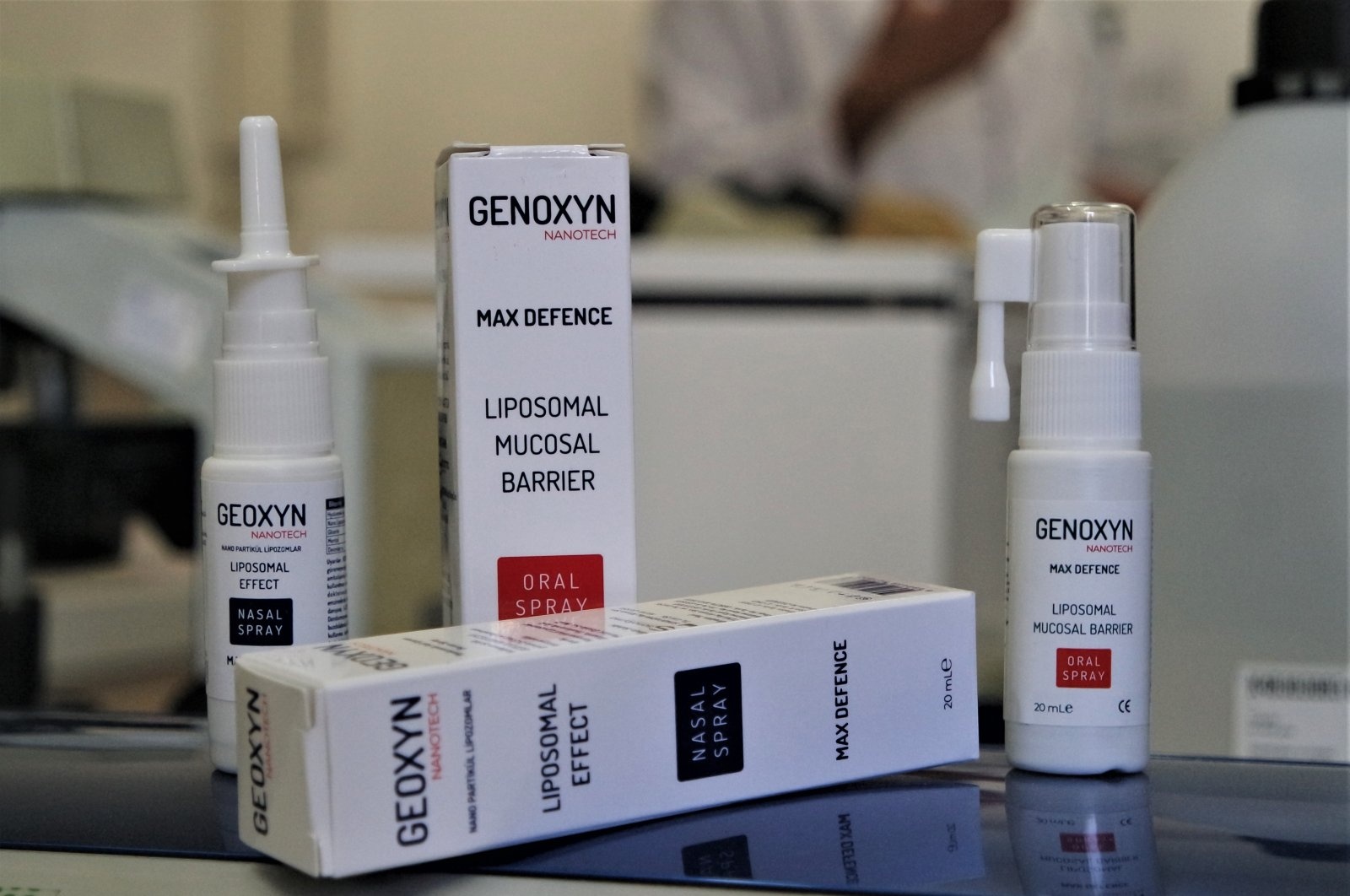 funny picture on front face cover! Flop-35 is non-stealth 4.5 genration fighter jet! India not wants it because its horrible! NOT STEALTH. has a radar size of 0.1square metre that is size of a DRONE! he he garbage
Americant chairforce cannot detect Russian Su-35or Sz-57or Mig-35!!
Isis airforce cant fly in syria every second without being detected…

copy me only make u look stuoopid! KEEP COPY ME?! go on then what else u cannot admit ? Truth? Not for u

copy me only make u look stuoopid! KEEP COPY ME?! go on then what else u cannot admit ? Truth? Not for u

Ah, another armchair “radar specialist” who believes RCS for an aircraft is meaningfully expressed as a singular number and that a company such as Sukhoi is in the habit of publishing classified material in patent applications.

Adam, the number is from an old patent application. The patent application was originally made in Russia before the development was complete and in China in 2012, before any final RCS testing was done. It simply registers the shape of the aircraft and the potential stealth advantages of shaping alone with no further refinement or coatings. It is actually embarrassing that some journalists who didn’t understand what the patent said, latched on to it and thought it was a meaningful number and a reflection of the actual aircraft as built. There is no aircraft or weapon manufacturer in the world who would publish real RCS figures in the open, not even for non-stealth designs. Furthermore, as already pointed out and something you can check yourself from any academic work on RCS (not Popular Mechanics) – a singular RCS number is meaningless in itself: Overall average? Average over frontal hemisphere aspects? Frontal aspects over some limited interval? What frequencies? I can go on an on, but anyone who throws around a single number except for very rough illustrative purposes has very little knowledge of airborne radar or RCS. Classic Dunning-Kruger.

Did you just call Dario Leone and the people posting on Quora “experts”? The article quote the same numbers from the patent that I describe, which simply demonstrate that the author either didn’t read the actual patent application, or more likely, didn’t comprehend what was written in it. It also further demonstrates a total lack of understanding in how RCS is measured and quantified. “Experts” in this field are the engineers and scientists who work with the real thing, including some of the specialists that I have had the pleasure of working with over the years. I promise you, since these people prefer to stay out of jail, they are not going to post real numbers of anything on Quora. You are reading and repeating the opinions of armchair experts and journalists – most with no formal training or experience in the field. When they speak to actual experts, those experts answer by sticking to generic info and what is known to not be classified. Once again, the actual RCS specification against which the Russians developed the aircraft and the RCS measurements of the final product would be highly sensitive. It will not appear in a patent, on Quora or anywhere else in the open, just like the same info is also not published for F-35 or F-22. The numbers that you quoted for those two were also generated by journalists based on comments from the manufacturers that state the aircraft has the RCS of a “ball bearing”, a “bird”, an “insect” or whatever simile they use to market the aircraft.

yes blah blah you are false and I am truth! no to the piss off you go shet hed

My apologies – I was briefly under the misguided impression that I was conversing with an adult. Good luck with your “research” on Quora.

and to the psis off you go, greek shet!
We annihilate the greek romans and greek syrians long time ago! For that is our special holiday Channuka celebrate your ancestor getting crushed

Are you ok? Greeks? Did you accidentally respond to the wrong post?

your name sound greek so you must be

An “aphelion” is the point in the orbit of an object where it is farthest from the Sun. Although I’m an aeronautical engineer, I have a minor professional interest in orbital mechanics and therefore the name that I use on these boards. I have no interest in sharing personal info such as my nationality, but suffice to say I have zero Greek ancestry so your insults are rather badly misdirected.

well too bad, as an aeronautic engineer you should now that S-400 engagement radar are marketed at seeing 400km for fighter plane therefore after radar equasion a f-35 at 0.00001 or f-22 at 0.0001 would be detected at best condition (without any electronic warfare) at 10-17km.

you would also now that su-35 radar is useless against stealth, can only get target lock on 1m2 size target at 100km (look at its flight test video on youtube!!!!)

Stop making a fool of yourself on these boards, Adam. Read and try to comprehend what I wrote earlier – go check it out for yourself from independent sources. A good reference for the basic theory is the book “Radar and Laser Cross Section Engineering” by David Jenn. But good as it is on the basic theory, it is not going to help you find classified numbers such as RCS and actual radar performance (the latter is as dependent on signal processing as it is on the basic physics) – those details are simply not published in the open literature. Not on the US and NATO equipment; nor on Russian equipment.

Ha ha! You pointed me to a David Axe article. That truly is very funny. If you don’t understand why it is so entertaining, I don’t think I can help you. Nevertheless, it seems you didn’t read the article, because it happens to include this line (as ridiculous as the claim is): “A Russian-made S-400 air-defense system could detect an F-35 at 20 miles, Air Force estimated.” You do realize that number is about 100% more than your earlier best estimate of 17 km (11 statute miles)? In fact, if Axe’s number means nautical miles (20 nm = 37km), which it probably does since most radar systems that I worked with either used nm or km, then their estimate is 2.2 times your “best guess” of 17 km and 3.7 times your worst one of 10 km. Apparently, even the “Air Force” (whoever Axe meant to refer to there), disagrees with your assessment. Not that it really matters in the bigger context, because both numbers are made-up numbers. Once again, if the USAF knew exactly at which distance a S-400 would detect their newest fighter,they would definitely not post it in the open simply to win a stupid argument. And I point out again, that just like with your RCS numbers earlier, when no context is given such as height, relative aspect, speeds, etc., the 20 miles number becomes meaningless.

I think you did much better when you simply tried to insult me, even if it was embarrassingly misdirected. Your faith in The National Interest and Quora is just getting you in trouble.

he he!! you cannot accept this article as fact? Eh? No wonder I took smart test and scored 140 when I was 10!! Born to combat the antisemites and israel haters with fact and knowledge logical reasons!

Russiya drunkard best s400 stealth beater radar gamma-de can only detect 0.0001m2 target at 42km or 26 miles away! HA! Only 6 miles more than regular s400 fire kontrol radar!? What a joke of a system

Meanwhile US AN/TPY-2 is a X-band radar that can guide patriot,thaad and has range of 4500km against a 1m2 target ( meaning it can detect stealth over 450km!

And Green Pine for Arrow/David sling has range of 900km against 1m!!!!

How old are you? You call an IQ test “smart test”? Hopefully one day when you grow up you will realize that intelligence and knowledge are two different things. Also, get someone to explain to you how IQ is calculated: Apparently you believe the age at which you took it makes the result more impressive.

As for Israel: My earliest experience with airborne radar was with an Israeli system – very good for its time. Same goes for one of the air-to-air missiles that I worked with. I have great respect for their industry. When it comes to individuals: Many of my colleagues are Jewish and virtually all of them are great to work with. I have also worked with a number of Russian engineers and a Russian mathematician on a multi-national project – those have all been brilliant and right up there with the best of my “Western” colleagues. Unlike you, I don’t let nationalistic fervor or ethnic bias cloud my judgement. Both Israeli and NATO military planners take Russian systems, and especially modern Russian systems, very seriously (unlike some of their journalistic counterparts and fanboys on discussions boards). Perhaps something for you to think about.

Oh and yes, I don’t think much of David Axe articles. This is (a) because he has no formal training or experience with the things that he writes about and (b) he is way too biassed to properly assess his material and make a balanced judgement.

Anyway, thanks for the entertainment but I have stuff to do in the real world.

Clearly that “smart test” doesn’t measure comprehension either. You are arguing with yourself about whose tech is best.

your insult do NOT MAKE ME MAD!! for anger is my daily dose (i deal with rocket raining down where I live because people like you support hamas subhuman terror savageS)

What? What is wrong with with you? Are you conflating me with someone else that you had a different argument with?

No you are not being nice to someone who suffer from ROCKET RAINING DOWN EVERY DAY from savage hamas! I prove you correct for Quora on why s400 is a joke and f35 is superior! i even prove you right that su35 NOT even a 4.5 gen fighter yet you REPLY MEAN TO ME AND TRY TO MANEK ME MAD ANGRY

Hey, it works for the U.S. – we’re evil like that. But it’s evil for freedom and liberty!

I definitely won’t Log In to NaziTube just to watch this login-required age-restricted video..