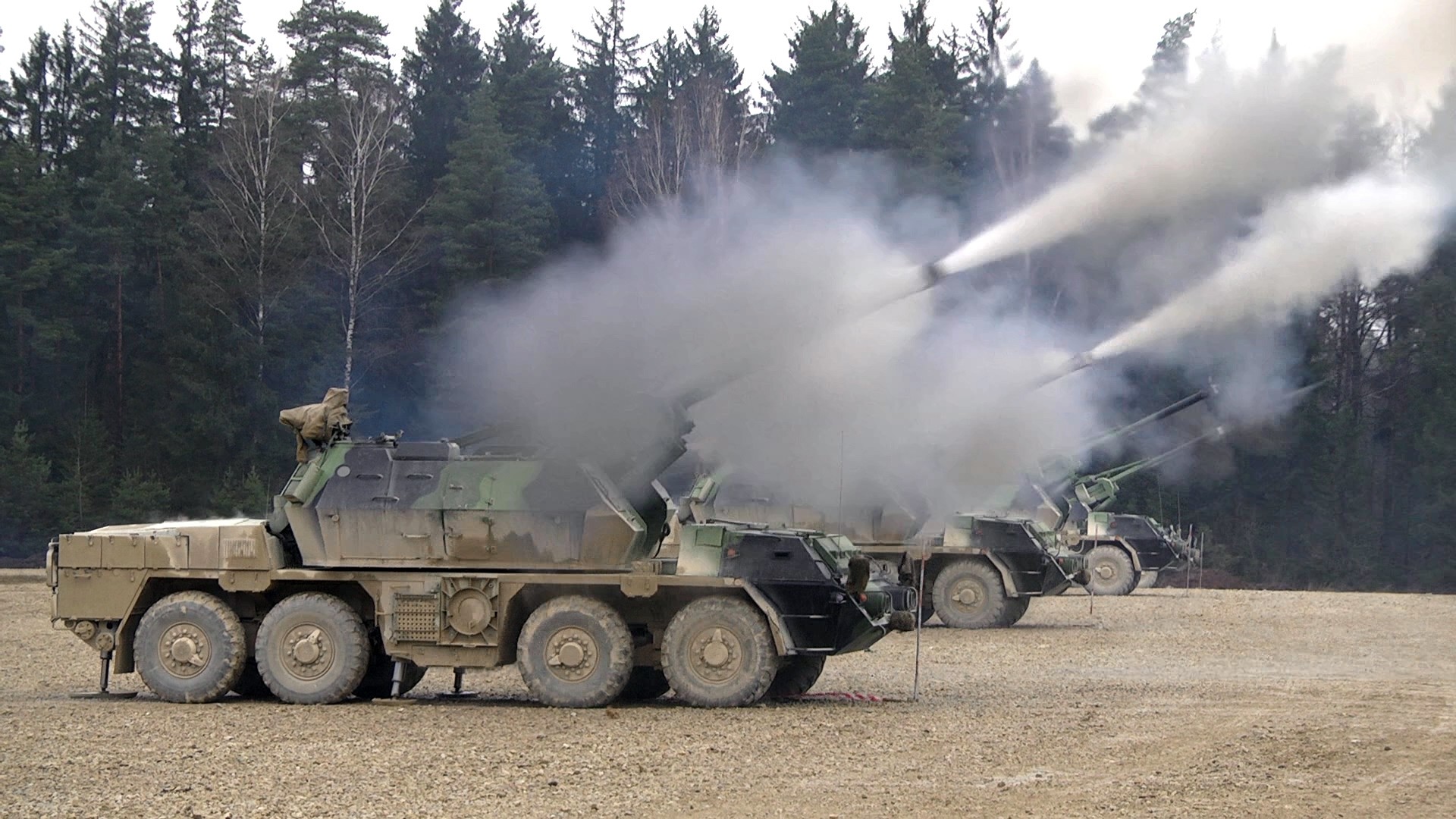 The Russian military continues to hunt down the artillery of Kiev forces, especially the more advanced howitzers which were recently supplied to Ukraine.

On July 6, Russian sources shared footage showing the destruction of a DANA M2 152 mm self-propelled howitzer of Kiev forces near the city of Seversk in the Donbass region. The footage was taken by a drone, which was likely used to coordinate the strike on the howitzer.

The howitzer was apparently targeted with a precision-guided munition, most likely a Russian laser-guided 2K25 Krasnopol artillery round fired from a 152 mm howitzer.

The DANA M2 was designed by Konštrukta Trenčín and built by ZTS Dubnica nad Váhom in the former Czechoslovakia. The howitzer has a maximum range of 20 kilometers and a rate of fire of up to four round per minute with its unique semi-automatic reloader.

Ukraine ordered 26 DANA M2 howitzers from the Czech Republic in 2020. After the start of the Russian special operation in the country, Czech promised to supply Kiev forces with an unknown number of DANA M2 and DANA vz. 77 howitzers.

In the last few months, Ukraine received more than two hundred howitzers from its allies in the West. Despite this, its forces are still outgunned by the Russian military.

Many of the newly-supplied howitzers have been already destroyed, damaged or even captured by the Russian military and its allies. Despite this, Western states will likely continue to supply howitzers and other heavy weapons to Kiev forces just to prolong the war in Ukraine.

The other foreign nationals arrested by IRGC Intelligence include the spouse of Austrian cultural attache in Tehran, Marcin switoniak (a professor in Department of Soil Science at Copernicus University in Toruń, and Charzynski przemysław, another professor of Soil Science.

They were Polish spies working for NATO.

Do you fuck in the bud .

The Russian Aerospace Forces attacked Zmeinoye, where the Armed Forces of Ukraine tried to plant the flag of Ukraine

Moscow, July 7 – AiF-Moscow. The Russian Aerospace Forces attacked the military of the Armed Forces of Ukraine who landed on Zmeiny Island, who planted the Ukrainian flag and took pictures with it, the Russian Defense Ministry reports.

At the end of June, Russian troops left Zmeiny Island, which had been occupied during the first days of the special operation. The Ministry of Defense said that the evacuation was carried out “as a gesture of goodwill.” This should show the world community that Russia does not interfere with navigation in this area of ​​the Black Sea.

As told in the Russian Ministry of Defense, against the backdrop of massive losses of personnel, retreat and military failures on the night of July 7, the Kyiv regime attempted to symbolically plant a flag on Zmeiny Island.

“At about 5 am, several Ukrainian servicemen landed on the island from a motor boat and took pictures with the flag. The aircraft of the Russian Aerospace Forces immediately launched a strike with high-precision missiles,” the ministry said.

It is noted that part of the landing force was destroyed on the spot, while the rest retreated in the direction of the Primorskoye settlement in the Odessa region.

soon we will see more HIMARS being blown to pieces. Retard americans taxpayer $ going up in smoke. $100 billion lost in afghanistan and soon another $60+ billion in Ukraine

Not only that, we stupid Americans have to pay higher inflation because of this prolonged war. We are also supplying our oil to Europe.

nice. this shows that guided ammo is more effective than 50 unguided. but next time try to target them rigt after they move the border into ukristan

Did the Howitzer operator even survive. I hope not.

Uke commander: Good news, you’re going to be trained to operate the newest advanced weapons from Nato and the US!

I noticed the alleged destruction of the HIMARS video is gone…..

That’s because they were never destroyed

I noticed you are a brainless moron. Also blind:

Could you please try and capture them intact, and send them to us here in the UK along with the ammo. We need them to protect us from the freakin’ lunatics running our so-called ‘democratic’ government and their ‘International Rules-based (New World) Order’. Cheers & carry on.

NAZIS and their toys are just cannon fodder for the Russians. Grinding them to dust. Pompeo likes this war so much, he should go the Ukraine and get a one way ticket to hell. I doubt that pompous fk has actually been in a war zone in his life.

Lol you moron. Do you mean the american precision in killing 2 Million civilians in Vietnam and Cambodia, 500.000 civilians in Irak, and 150.00 in Afghanistan?