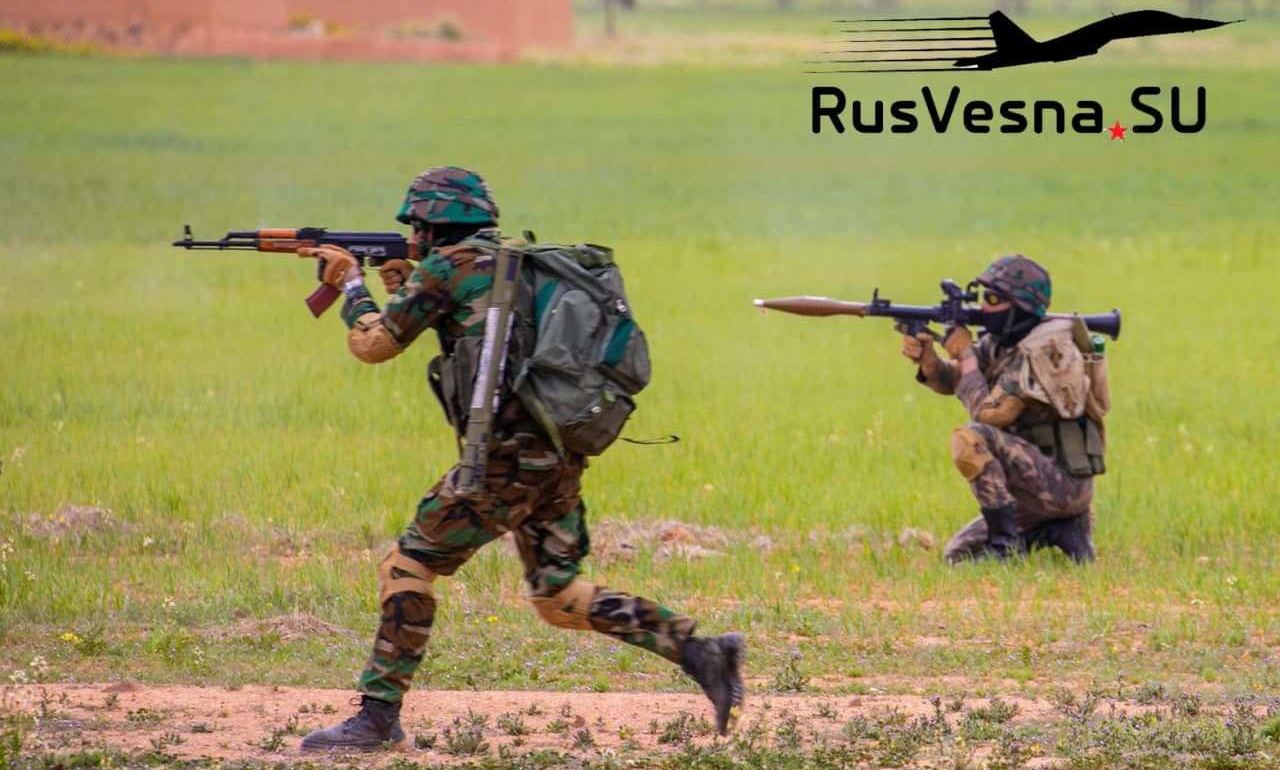 The training is being held in a special center located in the northern Syrian province of Aleppo. There, Russian military advisors are working to improve the performance of Syrian Special Forces personnel by teach them new tactics and methods.

During the training, Syrian service members also received lessons on camouflage, positioning and movement in the battlefield. They were also taught how to quickly and correctly navigate the terrain and use topographic maps.

Russian military advisors have been training and advising SAA personnel and commanders for well over five years now. The performance of Syrian service members saw a significant improvement.

Earlier this week, the Ministry of Defense of Russia announced the establishment of a new training field on the Syrian coast. A joint Russian-Syrian exercise was held there.

RT: “Iran military vessels enter Atlantic Ocean for first time (VIDEO)” LMFAO Iran taking a trip. “The Iranian navy’s Sahand destroyer along with Makran forward base ship have entered the Atlantic Ocean for the first time without berthing at any port in the route” “Two Iranian military vessels, the Sahand destroyer and the Makran forward base ship, have sailed into the Atlantic, marking the first time Iran’s navy has reached the ocean, following a thirty-day journey. On Thursday, Rear Admiral Habibollah Sayyari, Deputy Chief of Iran’s Army for Coordination, announced that two vessels, both indigenously developed, had reached the Atlantic Ocean following a near 6000 nautical mile journey.”