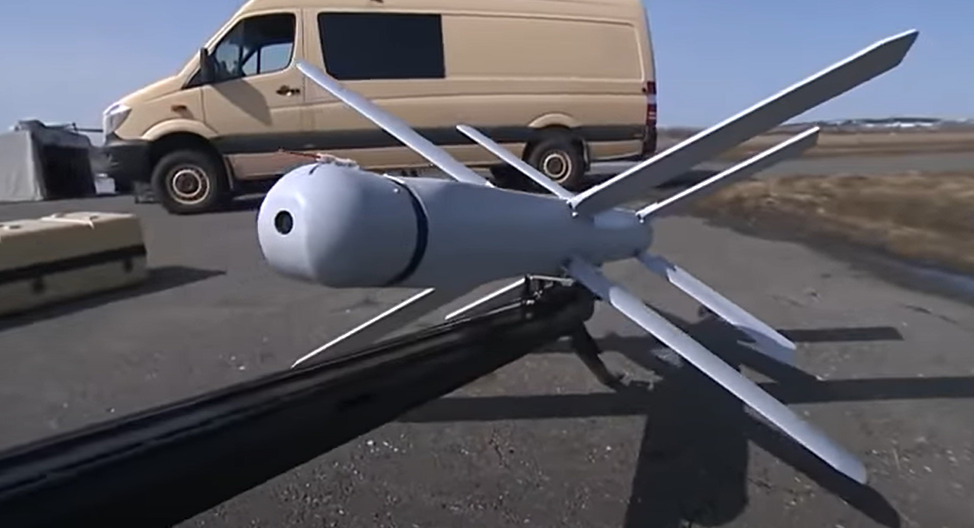 Russian forces have used dozens of Lancet-3 loitering munitions against terrorist groups in Syria, a source in the Russian military-industrial complex told RIA Novosti on April 17.

“Last year, for testing in combat conditions, an experimental batch of Kalashnikov-developed Lancet loitering munitions was delivered to the Russian forces grouping in Syria,” the source said. “These drones have been already used in several dozen high-precision strikes against terrorists.”

According to the source, the high efficiency of the new complex has been demonstrated. Russian forces tested other models of loitering munitions in Syria including, the Lancet-1 and the KYB. The source added that this weapon is new to the Russian military, which is still studying tactics to deploy it.

Earlier today, the Russia-24 TV aired a report including footage from a number of pinpoint strikes with Lancet loitering munitions in Syria.

The Lancet-1, 3 and the KYB loitering munitions were all developed by the ZALA Aero Group, a subsidiary of Russia’s arms giant Kalashnikov.

Russia has been making immense effort to develop its drone capabilities. The experience gained in Syria was helpful on this regard.

Kronstadt Ltd, one of the largest drone developers in Russia, is currently building its first specialized plant for drone production. The plant, where Orion combat drones will be made, will be completed in November. The Orion was also successfully tested in Syria.

We thank Turkey for telling us how important drones are…. now let the masters… RUSSIA … take the lead in Drone technology and warfare…. how soon before a flying drone can carry a small tactical nuke????

I think they already can.

Russia is actually a little behind on making and using tactical medium/short range drones. This one has 40 km range. about 3 kg warhead. The west has a whole range of small tactical loitering munitions; some operate in swarms of 10 or more. The Russians are further ahead on drone defense, however. At least as far as I know. Probably because tactical drones and drone swarms threaten Russian high-value long range assets, mainly either by stealth, or by saturating defensive measures.

They aren’t behind in heavy combat drones. Light ones were not needed sofar. Helo gunships and long range precision artillery did the job just fine.

That’s right. I meant the medium-small to small tactical drones.

Russia blows by the West militarily in no short time, in just about any endeavor it wants. Less than a decade ago, Russia actually bought drones from Israel of all places, but now, Russia has become the world-wide leader with a huge diversified array of weapons systems.

Good. The world feels safer with a strong China Russia Iran. China takes care of business needs of the world, Russia takes care of military needs while Iran represents Muslims who have no say (Saudi Arabia is an oil soaked aberration ). The USA will take care of entertainment for the globe with Hollywood movies, fake news and dramatic concepts like transgender, violence and social experiments !

What if they don’t wanna ‘let the masters’?

Terrible video quality on the drone! Maybe they need turkey or USA to help them develop useful drones.

may install a 5-6k$ optic – on kamikaze drone- haha

Wow, they’re speaking Russian, it has Rossiya on the top right, Vesti on left bottom and at the back, is explicitly talking about Russian drone use, has Russian captions at every point, and it’s a Russian service? I never would have guessed.

Most excellent Comrades 🤗👍🥇 Now send a few hundred more to Syria and Donbas please. Lets put an end to CIAisisnazi infestation. Rain down on them 24/7/365. Never ending misery for the babykillers. Hell isn’t waiting for them to die, it comes for them today…

The importance of drones and loitering munitions is a little overblown right now. They are slow flying lightweight aircraft … no more no less. Not exactly a difficult weapon to overcome … it just takes some time for counter weapons to get from the drawing board to the field.

They aren’t a revolution in warfare just another weapon in the combined arms toolbox like ATGM’s and manpads were decades before.

Drones aren’t a revolution per se, but UAV/YGV autonomy and cooperativity is definitely revolutionary. people throw the phrase “force multiplier” around a lot, but getting these things to work with little to no input from humans, and getting them to work cooperatively, is the biggest force multiplier you could possibly have.

As long as they communicate in the EM spectrum they can be jammed. Like any new weapon they are revolutionary while they are new and unique but technology always catches up. I’m not claiming they will become obsolete however as these weapons become commonplace so will the defences against them.

I always wonder, why they dont create suicide drone from the rocket artillery as base like 220mm uragan or 300mm smerch with folded wings, which the standard rocket capable to reach more than 50 km away with easy