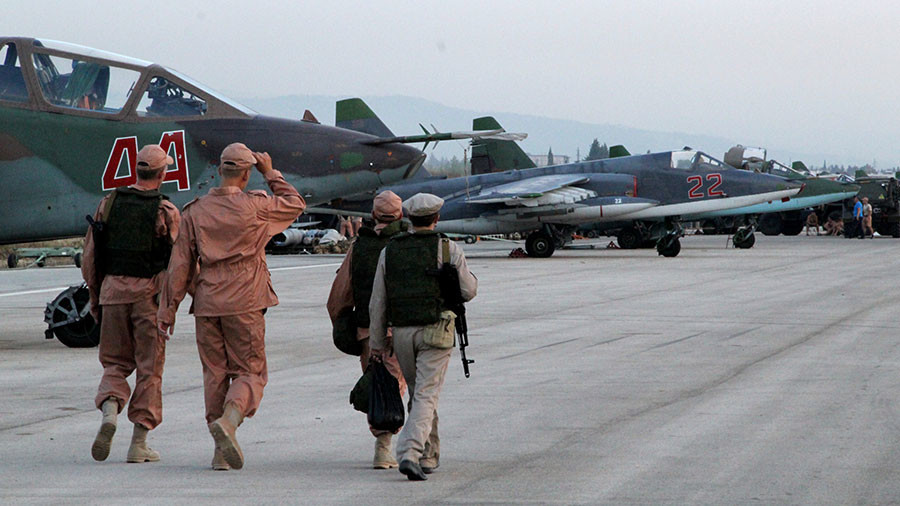 Service members from the Russian military and the Syrian Arab Army’s elite 25th Special Mission Forces Division, commonly known as the Tiger Forces, had held a joint military exercise in which they trained on rescuing pilots after aircraft incidents.

Russian and Syrian service members trained on safe rescue measures as well as on how to deal with pilots who were forced to eject from their aircraft. Russian Mi-8MTPR-1 and Ka-52 helicopters took part in the exercise.

TV Zvezda, which is run by the Russian Defense Ministry, shared a video documenting the Russian-Syrian joint exercise, which was the first of its kind.

On 24 November 2015, a Russian Su-24M attack aircraft was shot down by a Turkish F-16 fighter jet over the northern countryside of Syria’s Lattakia. Back then, the pilot and navigator both ejected from the aircraft. The navigator Konstantin Murakhtin was rescued by a joint Russian-Syrian force. However, the pilot Oleg Peshkov was shot and killed by terrorists’ ground fire while descending by parachute.

The new exercise is meant to improve coordination between Russian and Syrian forces during rescue operations and their ability to rapidly respond to air incidents like the 2015 Russian Su-24M shot down.