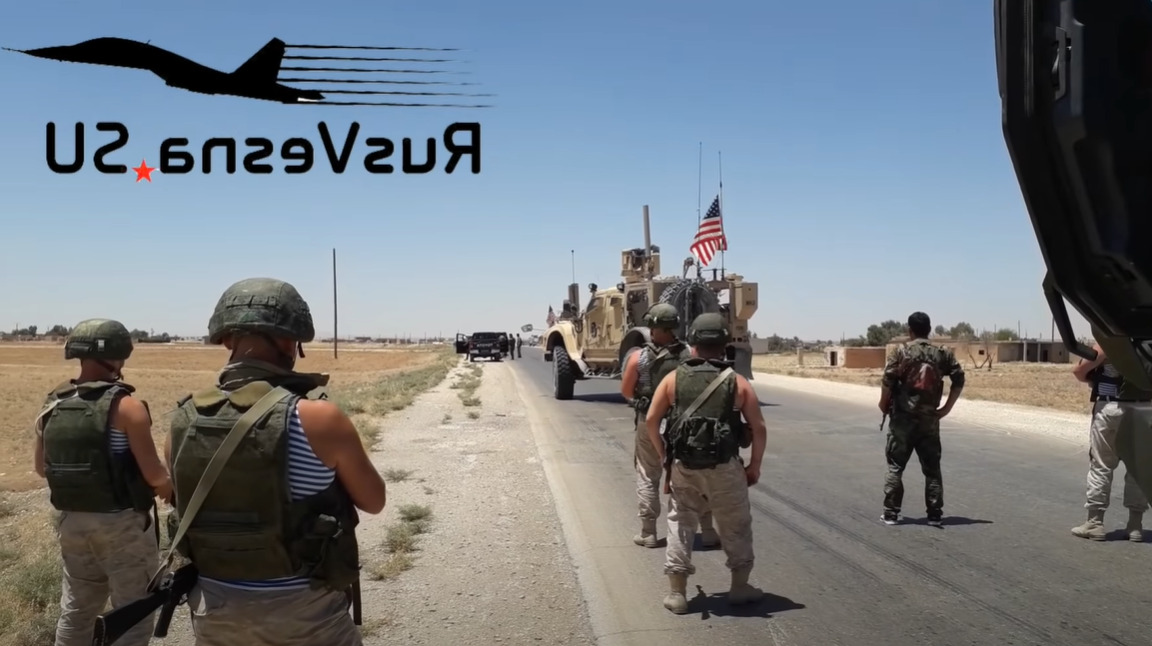 Russian forces have blocked a US military patrol which violated the deconfliction mechanism in northeastern Syria, RusVesna.SU reported on June 20.

The patrol, which consisted of four Oshkosh M-ATV and International MaxxPro armored vehicles, approached the M4 highway near the town of Tell Tamr in the northern countryside of al-Hasakah without giving Russian forces a prior notice.

“The US military moved without prior notice to the Russian side and violated the deconfliction mechanism,” RusVesna’s report reads.

Under agreements with Turkey and the US-backed Syrian Democratic Forces (SDF), Russian forces are responsible for securing the strategic highway, which links al-Hasakah with Raqqa and Aleppo.

In response to this violation, Russian forces blocked the highway in front of the US patrol, forcing it to turn back. A video of the incident was shared by RusVesna.

This was not the first such incident. Russian forces confronted US troops on several occasions since being deployed in northeastern Syria more than a year ago.

The US is slowly losing its influence in northeastern Syria, despite the fact that most of the region is tightly controlled by the SDF. Earlier this week, a US patrol was blocked by civilian supporters of the Damascus government in northern al-Hasakah.

The Russians have long broken the “exceptional confidence” of the US military.

The USSA slave army is not longer capable of fighting a land war against a well armed opponent.

It is indeed a good joke, but we’re not laughing with you but at the pathetic Americans !

Not really but they have limited US freedom of action and that is unpleasant for the US political class who think they can go anywhere and do anything. The US must get out of Syria. I am sure the troops do not like the impossible situation they are in.

PS – I have never heard of this “exceptional confidence.”. Is this a term from outer space?

Al-Hasakah was blocked by ISIS before and before Russian and SAA come in, the fuking SDF terrorists blockade Al-Hasakah. They had to water or power and it was done by Kurds…for those who suck Kurd’s dic* remember they are not better than yankees or Turkic-isis.

You shouldn’t take too much LSD during heatwaves…

That is hilarious. All the other comments below are hilarious too.

CIA trolls are crying and raging 🤗

Pity your brain wasn’t integrated with the hand that writes your comments so that maybe some of them make some sort of sense. But then you work so hard at being stupid nothing would work anyway. Jens wasn’t born stupid , he achieved it through hard work .

“Sorry Jew controlled occupiers and oppressors, no oil to steal, or schools or wedding parties this way for you to bomb and kill. Maybe you missed something back where you came from.”

Those US soldiers were probably happy they didn’t have to wear those gay looking shirties.

for you the Russian shirts are gay….well they have a reason to be strips like that in 1cm above each other but will never find out………it can save lifes…….thats why they kept it from the soviets….but you prefer the rainbow colours….I know :)

They look like female fashion shirts for Victoria’s Secret.

I see some dudes who by the way they look would rather be in California.

It’s their behind that is at question here.

With those gay looking shirties, no wonder why half the Russian army wants to defect from Putin.

I get it now. There are Gap stores in Damascus.

Or isn’t just better to wear black, not something that looks like clowns in the middle of the desert?

Don’t you ever get tired of hanging out on SF all day and telling obvious lies?

I wish they were lies, for lies require intelligence. However, this jens is the most stupid entity I have ever encountered. His babblings make no sense. They are no lies. They are bovine utterances.

Poor Jens and his parallel universe….which he inhabits all alone !