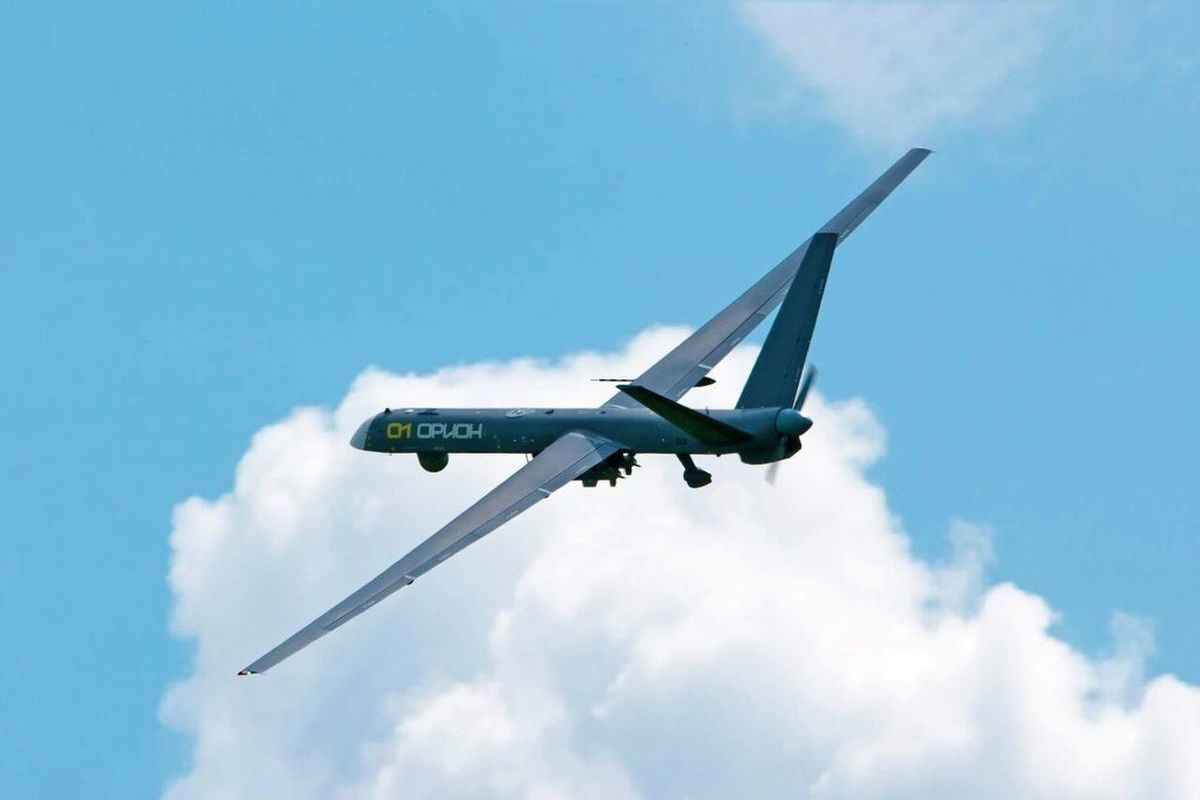 On March 4, TV Zvezda shared footage showing a Kronshtadt Orion combat drone targeting a command and control center of the Ukrainian 24th Separate Assault Battalion “Aidar” in an unspecified part of Ukraine. The footage shows some secondary explosions, which confirms that weapons and ammunition were present in the center.

The combat drone targeted the center with a X-BPLA missile, an air-launched version of the Kornet-D anti-tank laser-guided missile. The specifications of the new missile are yet to be revealed.

The Orion, which entered service with the Russian military very recently, has an endurance of 24 hours and a combat reduce of 250 kilometers. 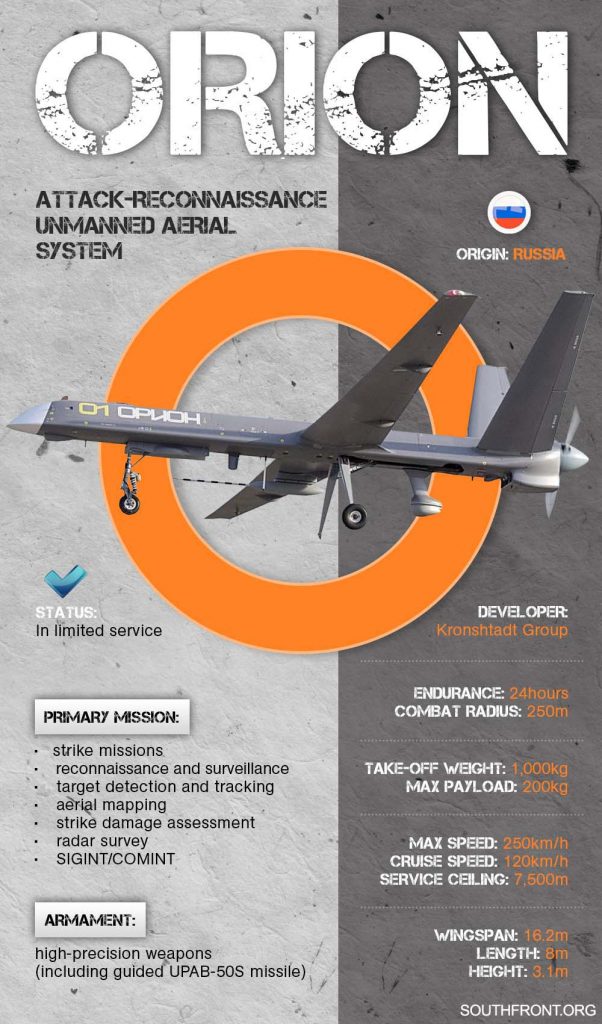 The Ukrainian military claims that its air defenses have shot down three drones since the start of the Russian special military operation in the country on February 24. However, these claims are yet to be verified.

On March 2, Ukrainian sources released photos of what they claimed to be a downed Russian drone. However, the object was in fact an Eniks E95M aerial target that was apparently launched by the Russian military to test and trick Ukrainian air defenses.

Russia’s ability to operate combat drones over Ukrainian indicate the country’s airspace is not tightly controlled by Kiev forces. The Russian Aerospace Forces have been slowly stepping up their combat operations in the country for the last few days.

video is not available

This is the future of warfare. If a drone is shot down not only do they cost less than a fighter jet but there is no loss of human life which is very important. The loss of morale on the downing of a new generation fighter jet is significant. Russia should have drones that can destroy the Turk drones and carry out sorties on less well protected targets without the need for fast jets. This is especially the case now that every man and his dog in Ukraine has been given a Stinger by peace-loving NATO.

You figuring this out now? … You must be some sort of a genius!

video not available in uk

They should hunt down the remaining SAM batteries. A couple Orions will definitely be shot down and that’s perfectly normal. Question is, where are the Hellducks and the Su-30s?

Russian MOD: ” … in the territory of the Donetsk People’s Republic”.

Russia was saving its drones until it had Air Supremacy. Makes sense.

Video is banned, i cannot watch it

Why did it take Russia SO long to send the drones in? About time Russia! Use the decoys and the drones. The decoys cannot film but they can help to give away the positions of the enemy forces should they not know it is a decoy.