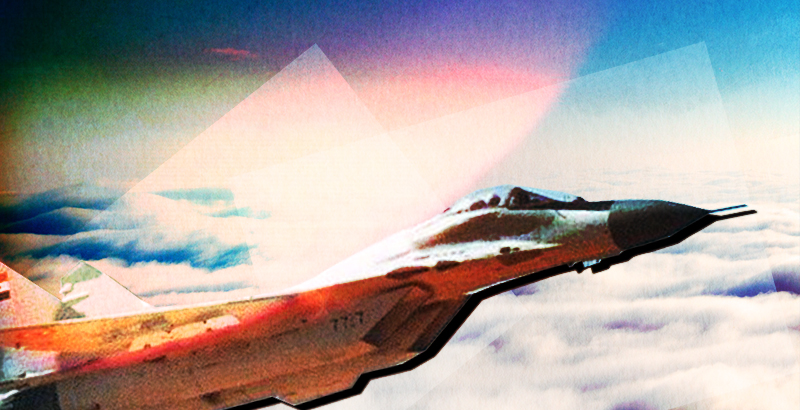 “An important stage in the training of any pilot is the launch of guided air-to-air missiles,” Zvezda quoted Maxim Aleksanin, a Russian squadron commander, as saying. “For the first time, Syrian pilots used R-73 guided missiles from MiG-29 aircraft. In the future, we plan to improve the tactics of conducting close and long-range air combat in order to prevent provocations in the skies of Syria, as well as near its borders.”

The channel released footage from a recent exercise that saw two Syrian Mig-29s firing R-73 missiles. The exercise was reportedly held at T-4 Air Base in the central Syrian province of Homs.

The SyAAF operates some 20 Mig-29s. Prior to the war, the Russian Aircraft Corporation “MiG” upgraded the Syrian fighter jets to the specially developed SM standard, which allowed them to fire beyond-visual-range air-to-air missiles (BVRAAMs), namely the R-77, as well as precision-guided air-to-surface munitions. Furthermore, the fighter jets were equipped with active electronic warfare systems.

Last year, Russia handed over an unknown number of Mig-29 fighter jets to the SyAAF. Back then, Syrian military sources said that the newly delivered Mig-29s are more advanced than the ones which were in service with the SyAAF, meaning they could be Mig-29SMTs or Mig-29Ms.

Russia has been working to boost the capabilities of the SyAAF for a few years now in order to help Syria defend its airspace and territory more effectively.

The guy at the end has a Lebanese accent I think. Hopefully they’ve also trained Hezb fighters for future conflicts, hopefully that’s one of many surprises Sayed Nasrallah promised.

Russia deployed S-300/400 to the north of Syria also reinforcements with Krasuka and Su-35s. They are also training Arab Mig-29 pilots maybe for the F-4s, F-16s and TB2’s for the battle of Idlib. Turkey is also preparing for something, saber-rattling or a big skirmish.

Russia wants Syria and Arab League. Hezbollah is Iranian-backed. Russia is ok with Israel bombing them.

I don’t believe that they will support groups like Hezbollah or Hamas.

oh really thanks for your huge knowledge i was in koma for the last 40years….NATO wants the whole World and Solarsystem and NATO is backed by Corporate Monopolists/Royals and Pedovaticanus with their hooknosed moneychangers!!! shit first on them before u shit on Iran or Russia.

And Greece wants their souvereignty since WW2 but the EU UK US dont let them, your boss is the Queen of Britain.

Our government is puppet of US.

The only surprise Nasrallah will have will be a nice carpet bomb!

Nasrallah managed to train secret units and keep their intelligence a secret throughout the 2006 war. This is before Hezbollah was even close to having the sophisticated capabilities it has today. The same air defence technology that global hawk that Iran shot down is all over Lebanon Nasrallah said. He never admits or says anything about his capabilities, so if he’s able to admit that, I wonder what else he has waiting for Israel or America.

When will Nasrallah respond to the Beirut Blast from Summer

Israel has many enemies in the region. They may lose but this alliance is frail.

Thats more like it,combat those turks and zionist gangsters.

It is not Cold War anymore. Turkey is enemy to Israel now.

than why is Turkey the biggest trading partner in the middle east of them, they work economicly militarly(Nagorno-Karabak) close together, dronetech/militarytech student exchange, who makes the boots of the IDF they are secret allies. Its just erdogollums big mouth to trick the fanatic low Iq support.

This is not correct. Iran also did business with Israel against Iraq back then. They are still enemies though. Turkey supports Hamas and PIJ.