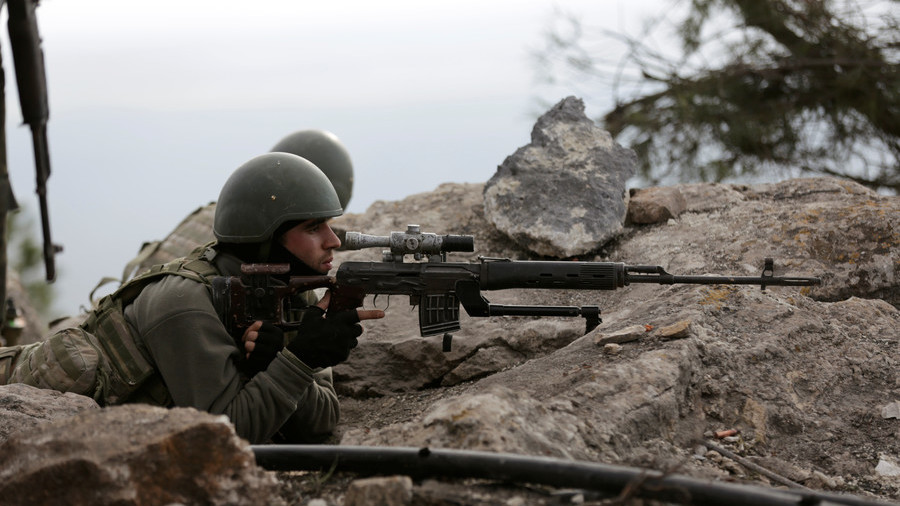 Late on July 24, a salvo of rockets targeted a base of the Turkish military located near the town of Zaylkan in Bashiqa district in the northern Iraqi province of Nineveh.

The Islamic Resistance – Iraq Ahrar Brigades claimed responsibility for the attack, saying that it targeted the base with several Grad 122 mm rockets. The pro-Iranian faction released a video showing the rockets being fired at the base.

No casualties or material losses were reported at Zaylkan base, which is known to be hosting around 1,000 Turkish troops.

This was the second rocket attack on the base by the Iraq Ahrar Brigades in less 48 hours. The first attack, which place late on July 22, didn’t result in any losses. On the same day, two suicide drones attacked a base of the Turkish military near Bamerne town in the province of Duhok in the Kurdistan Region. The drone attack was also carried out by a pro-Iranian faction, Saraya Awliya al-Dam.

The recent attacks were a response to the July 20 Turkish strikes on Zakho district in Duhok. The strikes, which targeted a number of tourist resorts, claimed the lives of nine civilians, including a one-year-old child.

The Turkish military denied responsibility for the strikes, blaming the Kurdistan Workers’ Party (PKK). Still, Iraq called on Turkey to apologies and pull all of its troops out from its territory. Both the Federal Government in Baghdad and the Kurdistan Region Government are now preparing to take measures to force Ankara to halt its military operations against the PKK in northern Iraq.

Speaking in front of the parliament on July 24, Iraqi Army Chief of Staff Lieutenant-General Abdul Rashid Yarallah revealed that Turkey currently has five major bases and more than 100 positions with around 4,000 troops in northern Iraq. The commander recommended deploying a large force of the military and the Kurdish Peshmerga in the region to stop the Turkish incursion.

Axis of resistance have the best songs

There was no losses or material dammage. Why use missils that do nothing to kill or chase the Turkys out off Iraq ??? If you cant hit them, stop playing games. Every bullit must be in the Turky.

they left it to you to drive Turkish army out of Iraq.RAMBO.go on try . They’re home anyway they don’t have to go anywhere they’re there to liberate our land back ..RAMBO

Burn the turkeys crispy. They could never be trusted by anyone.

turks don’t need you to trust them. Look behind you martillo