The Iraqi Popular Mobilization Units (PMU) in cooperation with the Iraqi army 59th brigade of the sixth division are now clashing with ISIS cells in the northern Baghdad district of Tarmiya.

As a result of the ambush, one of the prominent ISIS leaders in the region was reportedly killed.

The first footage from the spot was shared by the Sabereen News.

The joint operation may be a response to the recent terrorist attack in northern Baghdad. On July 31, a bomb blast killed at least two persons and injured nine others. The IED exploded near a popular market in Tarmiya district.

Meanwhile, ISIS terrorists do not stop their attacks in various regions.

On August 9, ISIS militants attacked a checkpoint of the Iraqi military in the town of Makhmour in Erbil governorate.

The attack was reportedly prevented, and Iraqi military managed to explode the motorcycle before it reached to the checkpoint situated not far from the town center.

ISIS still poses a threat to the security of Iraq as sleeper cells remain numerous in the country. Watch Afghanistan become Iraq and Syria.
Far-right extremist Sunnis like the Wahhabi terrorist groups never can accept to live with normal Sunnis.
We saw what they did in Iraq and Syria…Taliban love Osama the Wahhabi leader of Al-Qaeda, SA pays them and supports them on the world stage and they work with the Pakistani army and ISS. There are red lights around them. They are known terrorists and they don’t have the support of the people, in Afghanistan and around the world.
Also, yanquis wanted the Taliban in Afghanistan, they bombed the Taliban and send B-52 bombers to bomb them more. Their main goal is to bomb Afghanistan as long as they can so no other country could help them to rebuild.

Now that is a great place for Saudis to rebuild their Wahhabi gang again, some might say the Taliban will “fight” the other extremist groups such as ISIS that are STILL in Afghanistan.
No, I don’t think so, they worship Osama the Saudi Wahhabi goat fuker and they love other extremist countries such as Qatar and UAE.
What did Qatar and Saudi do in Syria? or Iraq? yeah, they sure as hell help Iraqis and Syrians to rebuild their country 100%.

It is not hard to understand what is the West’s goal for Afghanistan, a failed state like Pakistan.
Where ISIS kill and rape is a normal thing, they say other wish but good luck covering that shi^ up.
Nor Afghanistan is rich nor is Pakistan and that is their problem, Taliban Khan himself cried so much about how poor Pakistan is and wouldn’t stop Pakistani Pashtuns to invade Afghanistan so they can loot it.
I don’t care about Afghanistan that much, but it is very clear that they will be used against Central Asia, Russia, China, and Iran.
Taliban are Wahhabi dogs and they need their money for as long as they can, the yanquis don’t care those extremist Sunnis are now Russia, China, and Iran problems.

This is not the end for Afghanistan, the last time Pakistan was so close to controlling Afghanistan but failed to do so, we are back again to that time.

I find something funny, it is from Vox I remember reading it and it is a good report and it’s about the Middle East;
The point I want people to know mainly about Afghanistan – the Taliban are Pashtuns and extremists of all Sunni groups.
“How the colonial “Durand Line” set up Afghanistan’s conflict.
So, first ignore everything on this map except for the light-orange overlay. That shows the area where an ethnic group called the Pashtun lives. Now pretend it’s the 1800s and you are a British colonial officer named Mortimer Durand, and it’s your job to negotiate the border between the British Indian Raj and the quasi-independent nation of Afghanistan. Do you draw the border right smack across the middle of the Pashtun areas, thus guaranteeing decades of conflict by forcing Pashtuns to be minorities in both states? If you answered “yes,” then you would have made a great British colonial officer, because that’s what happened. The “Durand Line,” marked in red, became most of the border between modern Afghanistan and Pakistan. Many Pashtun now belong to or support a mostly-Pashtun extremist group called the Taliban, which wreaks havoc in both countries and has major operating bases (shown in dark orange) in the Pakistani side of the border. Thanks, Mortimer!”

So many people don’t understand how extremist the Taliban are…I cried laughing when people saying they changed. You don’t know them.
HERE is the link, just look at maps 27 and 14.
https://www.vox.com/a/maps-explain-the-middle-east

Pashtuns are the Taliban – they are an extremist Sunni group that wouldn’t stop in Afghanistan.
Once or if that is done they running Pakistanis down like dogs.
They will be a problem in the future not for yanquis or Zion or our beloved Wahhabis, no but for Russia, Iran, China, and even Pakistan – Taliban Khan said it himself that Pakistan is useless against Taliban.

I wait and laugh for that day. Divide and rule.

Also from the same report, some of you might remember me saying the best case for civilians Afghans who don’t like Pashtuns is to cut the country 50-50, here is the map of it and why. 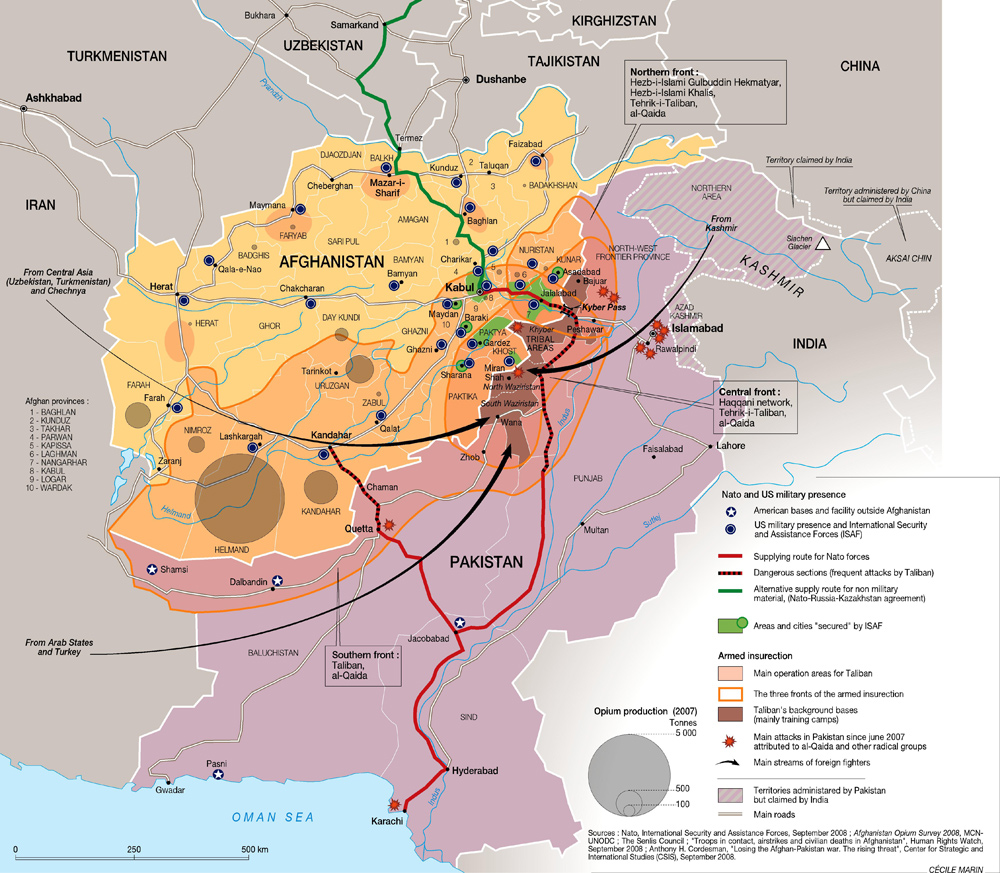 Baloch and Pashtuns can go and kill all the Pakistani and take their land and make a new country as well. Also, it is great that SF reports Baloch’s “terrorists” attack which is a lie they are FREEDOM FIGHTERS.

Two Tsirkons on the CIA and Mossad HQs and all terrorist attacks will stop within a week.
Fact.

The US keeps flying ISIS groups from the US bases in Syria to Iraq. Just last week SANA reported that US choppers flew ISIS groups to Iraq.