On July 17, the Houthis carried out a new attack on Saudi-led coalition positions in the southern Saudi province of Asir.

In the course of the attack, Houthi fighters stormed several well-fortified positions of the coalition and its proxies in the area of al-Majazah al-Gharbiya.

The Saudi-led coalition has been trying to secure the Kingdom’s border with Yemen for more than four years now, with no success what so ever. The Houthis are not only stepping up their cross-border attacks, but also increasing their military presence in Saudi Arabia’s southern region. 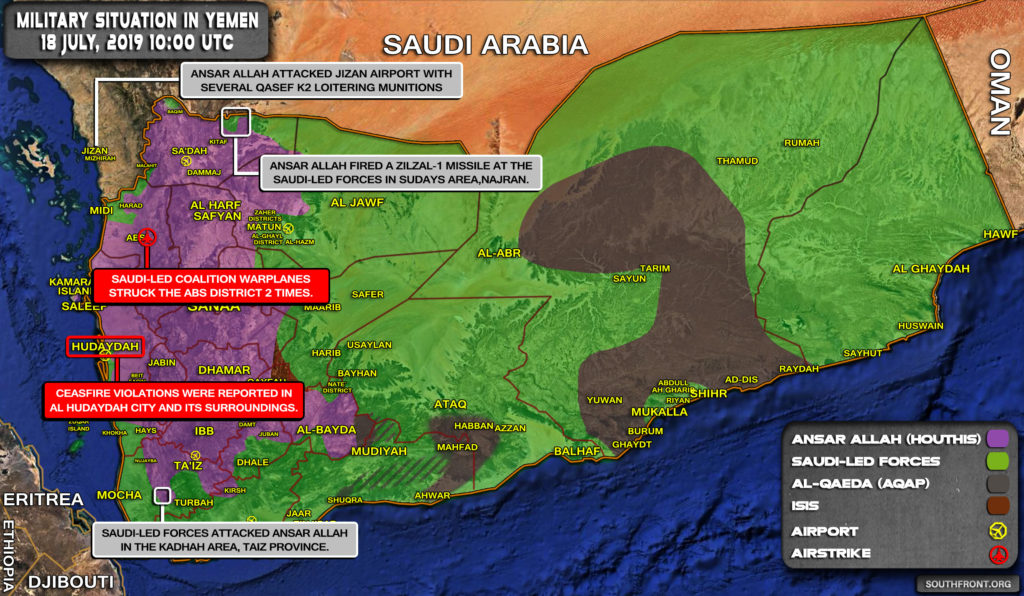 Some great news we are getting today. Keep up, dear brothers.

How many houthis are dying vs coalition mercenaries?

Coalition mercenaries don’t look like they are able to put up a fight, probably the only Houthis die in airstrikes or accidents

That what I was thinking. Coalition troops have shit morale. I was just wondering if anyone else that knew more could provide a ratio.