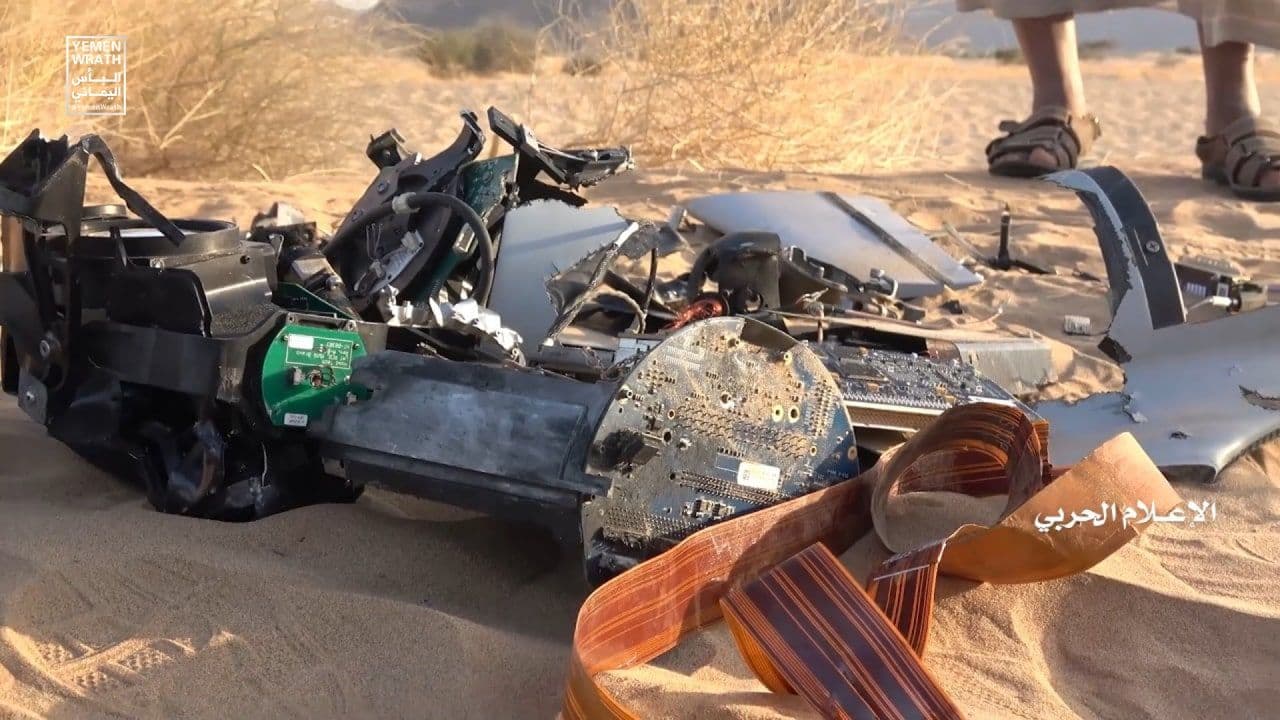 On November 9, the Houthis (Ansar Allah) announced that their air defenses had shot down yet another US-made Boeing Insitu ScanEagle drone over the central Yemeni province of Ma’rib, where they have been leading a large-scale offensive against Saudi-backed forces for more than eight months now.

Brig. Gen. Yahya Sari, a spokesman for the Yemeni group, said that the drone was shot down with a “suitable weapon” while it was conducting “hostile acts” over the district of al-Jubah.

In response to the Houthis’ announcement, the Saudi-led coalition claimed that its warplanes had destroyed an air-defense system of the group in Ma’rib. The coalition didn’t provide any further details.

The Houthis’ media wing released footage showing the wreckage of the downed drone, which was likely a ScanEagle 2, on November 10.

According to Brig. Gen. Sari, this was the fifth ScanEagle drone to be shot down by the Houthis’ air defenses over Ma’rib this year.

The ScanEagle 2, which entered service with the US military in 2014, has a top speed of 148 km and an endurance of more than 16 hours. The drone is mainly used for reconnaissance missions. It is equipped with a day and night capable sensor, a fully digital video system and an advanced navigation system.

It remains unclear who is operating these drones over Ma’rib. According to some reports, Saudi Arabia purchased a number of ScanEagle 2 systems from the US recently. This is yet to be confirmed, however.