On July 27, government supporters intercepted a convoy of the US-led coalition near the town of Khirbet al-Dhiyabat in the northern countryside of al-Hasakah in northeastern Syria.

According to the Syrian Arab News Agency, the convoy, which consisted of seven vehicles, was forced to retreat from the town’s outskirts by angry locals.

“The locals cut off the road and prevented it [the convoy] from entering, this prompted occupation forces to leave and return to where they came from.”- local sources told the state-run news agency.

A video of the incident revealed that at least two of the convoy’s vehicles were M2A3 Bradley infantry fighting vehicles (IFVs). In October of 2019, the U.S.-led coalition deployed a number of Bradley IFVs in northeastern Syria after having withdrawn its troops from Aleppo and Raqqa. The coalition went on to deploy more IFVs in the region in September of 2020. These heavily-armed vehicles were originally deployed to support the Syrian Democratic Forces as well as to guard occupied oil and gas fields.

Government supporters have been working to restrict the movement of US-led coalition forces in northeastern Syria for more than a year now. Khirbet al-Dhiyabat encounter was not the first and will not likely be the last.

You have no idea how foolish you look with the sort of comments you make, you have a tendency to mindlessly repeat the narrative spoon fed into your vacuous head.

You have no idea how foolish your arrogance makes you look. But, it’s your ad hominem that really spotlight’s your stupidity. When that’s all you have to contribute to the comments, it’s wise to just shut the fuck up, stupid.

“You have no idea how foolish your arrogance makes you look.”

Yet I continually prove your agitprop wrong with proof, whilst you childishly insist I’m wrong with no proof to speak of.

And yet this website is filled with nothing but arrogant, reactionary trolls who do nothing but spreading insults and frequently talk shit.

Yet you never address any of my points without resorting to insults yourself, it’s “fine” when you do it but never okay if others are anything but meek in return.

So no what I stated is a clear, honest observation.

“When that’s all you have to contribute to the comments, it’s wise to just shut the fuck up, stupid.”

If you bothered to read my comments you would know that I do no such thing, you are clearly a self-righteous foreigner that views everything in a two-dimensional, black and white manner. You trolls only repeat what you are told ad infinitum.

Coming from Jim the intellectual midget that can only reiterate the lies fed to itself by the jewish dominated Russian establishment.

“When the argument is lost, slander becomes the tool of the loser.”
— Socrates

“Ridicule is the FIRST and LAST argument of a fool.”
— Charles Simmons

Because you can’t refute me and demonstrate ugly character. You take everything I say and argue in the opposite direction without ever being able to refute me whatsoever, rather you unwittingly serve to verify my point.

I don’t feel triggered at all, you merely say the exact opposite of anything I say. You don’t seem to even be a real person.

“amerika is a culture of stupidity”.

1. I’m not American, I have never lived there and only been there on a river cruise and through one airport.

2. The jew in question is referring to the US in a bygone era, most of their commentary is shallow and hypocritical; everything you are stating about America is taken out of context from a time period where even the culture of the United States was richer than the spiritually depleted state in which the rest of the world is in today.

“Uglified” is not a word.

1. Yet you mistakenlyaccuse me of slander yourself.

2. I can tell English isn’t your native tongue, you don’t even seem to be white.

And yet you prove the exact opposite in this comment section, you have a tendency to randomly quote jewish authors.

Then why do you always type unintelligent, infantile comments?

You only repeat what you are told and make no connections, after all your intelligentsia was murdered by jewish supremacist psychopaths.

Whilst I strongly dislike MGTOW, PUAs and incels, this article does have a point:

The Wonders of Wakandan Socialism:
https://odysee.com/@martinezperspective:2/mugabe-nigger1:9

Every “socialist” experiment goes wrong, a once prosperous nation turned to shit on a dime when handed over to Mugabe and his clique. There is boundless proof to show that race is very real, then you turn around on your heel and scream “racist, racist!” for no other reason than the situation we now find ourselves in.

This goes to show Nietzsche’s suggestion “That which is bending deserves to be pushed” is a matter of fact, for life is struggle and slave “morality” is suicidal.

No matter the fact that others on here disregard my comments, the “quality” (or lack thereof) of the comments you make on here are grossly misinformed and display low standards.

Of course you do not understand the difference between true education and indoctrination, you cling to ridiculous stereotypes whilst your land is ironically converted into everything you loathe about modern America. There is unfortunately more trailer trash in your country than what can be found in the Appalachians mountains.

Are you druged? Or insane? Or both? You must be out of your mind, some kind of a fool.

The crack pipe has sent him bonkers.

Yet you can never debate me and always resort to ad hominem attacks in the absence of evidence to prove me wrong.

Clearly you are. The fact you are too dumb to refute anything I say that is always backed by evidence shows you are only capable of repeating what you are brainwashed to think and say.

When you resort to insults you have lost the argument.

No one gives a flying fuck what you moron strongly dislike and the rest of your moronic drivel.

“No one gives a flying fuck”

Which means you’re a nihilist.

Absolutely everything you say only reinforces the worst stereotypes about Russians, your responses strongly fuel the suspicion that Russia runs a troll army and with idiotic comments such as yours you only prove them correct. My theory is that you are operating from all six continents.

I see that I triggered you big time!

Thing is you gullibly hold a very high amount of trust in the lies peddled through your media, “education” and entertainment about the past and present.

Many of you Ebola fanboys seem generally unaware of his shortcomings.

Such as his degenerate art: https://juliusevola.wordpress.com/art/

Read the following by Evola:

– The Mystery of the Grail: Initiation and Magic in the Quest for the Spirit

– Eros and the Mysteries of Love: The Metaphysics of Sex 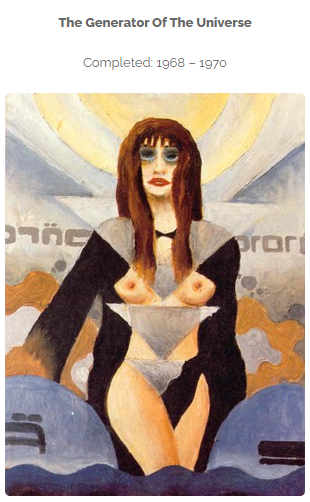 one single bradley can wipe out all those SAA soldiers, their vehicles, their mud huts AND the Ruskie reinforcements that would be sent to ‘save’ them.

Jim Allen
Reply to  PUTIN IS A FAG

No, not really. SAA is armed you know, and there’s probably a shoulder fired ATGM, maybe two, and that would make short work of the dated Bradly. It’s not a tank, you know. Your speculation is irrelevant, as US forces reversed direction, and returned whence they came.
Had the US forces engaged, an airstrike would be forthcoming. What a pitiful troll you are.

” SAA is armed you know, and there’s probably a shoulder fired ATGM, maybe two, and that would make short work of the dated Bradly. ”

Whats the point ? They never use them against ZioAmericans anyhow .

Cromwell
Reply to  PUTIN IS A FAG

Whats the weather lie today on fantasy Island? one Kornet anti tank missile can fry the Bradley and every bastard in it.

america = gay
Reply to  PUTIN IS A FAG

Bradley can only wipe Biden’s asshole, and then you can lick it with your tongue.

mr putin lover, you truly are an idiot,

Nice to see Syrian people confront the americans, shows they know full well who is responsible for whats happened to their country.

They should be blowing them up.

Yanks are running away from Afghanistan, from Iraq, but wtf they’re doing in Syria? Who invited them to Syria? 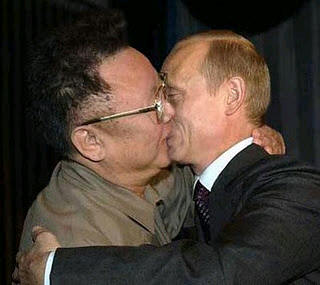 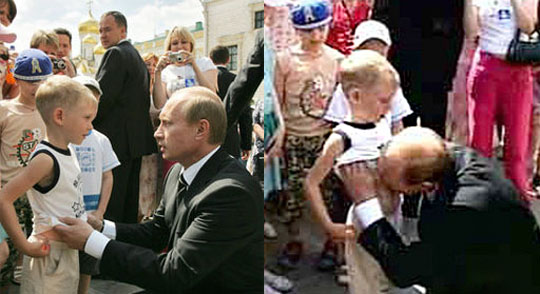 An IED would be more effective means of communication with these US savages.

The US is globally unwelcome.

Your excessive response refutes your own criticism.