Sporadic clashes between fighters of the Syrian Army’s 4th Armoured Division and former members of militant groups continue in the Syrian province of Daraa.

The violence in the province started on January , when government forces launched an attack against former rebels in the western Daraa countryside. The fighting erupted near the towns of Muzayrib, al-Yadudah and Tafas.

According to local sources, the source of tensions is the support of former rebels to a number of radical militants that have rejected the reconciliation process. At the same time, pro-opposition sources argue that the core of the problem is the ‘violent’ posture of army units that allegedly burned several hours.

so assad and Iran does not have Syria under control in South, North, West, East

if I were the Russians, I would be very pissed, Putin though would be easy to win war with dropping inaccurate bombs from flying tin cans.

The Russian admin has a controlled combat zone in which to test their weapons, personnel and equipment. They have the means to end it for Idlib terrorists anytime they want. That will come soon enough.
The ‘rebels’ holed up in Idlib are the now the least of Syria’s troubles. They are spent force presiding over a dwindling territory.

Indeed it will. What do you think that is of more importance than Idlib?
Oil thieves, and theirs trailers with containers with oil should be bombed.
What do you say? Maybe destroying border crossings with Turkey or something like that.

Mr T you can’t be Russian because you don’t have the testicles to be Russian, you are what you are a wannabe land thief in Tel-Aviv

IT IS THE ODED YINON PLAN AT WORK – DAMMIT! DON’T YOU GET IT?
The Western front, which on the surface appears more problematic, is in fact
less complicated than the Eastern front, in which most of the events that make
the headlines have been taking place recently. Lebanon’s total dissolution into
five provinces serves as a precedent for the entire Arab world including Egypt,
Syria, Iraq and the Arabian peninsula and is already following that track.
The dissolution of Syria and Iraq later on into ethnically or religiously
unquiet areas such as in Lebanon, is Israel’s primary target on the Eastern
front in the long run, while the dissolution of the military power of those
states serves as the primary short term target. Syria will fall apart, in
accordance with its ethnic and religious structure, into several states such as
in present day Lebanon, so that there will be a Shi’ite Alawi state along its
coast, a Sunni state in the Aleppo area, another Sunni state in Damascus
hostile to its northern neighbor, and the Druzes who will set up a state, maybe
even in our Golan, and certainly in the Hauran and in northern Jordan. This
state of affairs will be the guarantee for peace and security in the area in
the long run, and that aim is already within our reach today. Iraq, rich in
oil on the one hand and internally torn on the other, is guaranteed as a
candidate for Israel’s targets. Its dissolution is even more important for us
than that of Syria. Iraq is stronger than Syria. In the short run it is Iraqi
power which constitutes the greatest threat to Israel. An Iraqi-Iranian war
will tear Iraq apart and cause its downfall at home even before it is able to
organize a struggle on a wide front against us. Every kind of inter-Arab
confrontation will assist us in the short run and will shorten the way to the
more important aim of breaking up Iraq into denominations as in Syria and in
Lebanon. In Iraq, a division into provinces along ethnic/religious lines as
in Syria during Ottoman times is possible. So, three (or more) states will
exist around the three major cities: Basra, Baghdad and Mosul, and Shi’ite
areas in the south will separate from the Sunni and Kurdish north. It is
possible that the present Iranian-Iraqi confrontation will deepen this
polarization.

The Oded Yinon Plan to break up the Arab countries,

As long as Damien, Helen4Yemen and Mr T. has no structure for anything, the proposals are no go.

The relations to Mosul as well as Aleppo is far out too.

Thinking seemes to be no option. Assads fx cpould let SDFs go. They actually already is almost like the old Raqqa province – aprt from the Turkish part, which none of the mention.

They also could let Iraqi Kurdistan go making it more independent and adding, what Barzani for vey good reason should have but certainly not should because of the constitution.

If that was solved and accepted and not attacked, the rest could be easier to solve. Maybee up to 2 millions could return to SDFs, where the Tabqas and Raqqas decide their own destiny as they wish.

I will add the wantings from https://en.wikipedia.org/wiki/Yinon_Plan is a no go for almost all in Israel. I see no relevance in it just as Turkmen in Syria claim parts of Syria as well as Iraq as theirs. It would be a great help there was no artificial horror show about it from fanatics as Yemmie.

So what do the Iranians want to do in Darra,

1, they want to deport 6 prominent opposition leaders to Idlib,
2, they want to arrest at least 100+ conscript evaders, which includes defectors from the 4th division,
3, they want to control all the checkpoints in this area,

It sounds simple and fair enough doesn’t it, but you have to make some additions to the stated demands,

1, the opposition leaders have already reconciled using the prior established Russian agreements, and they’ve been abiding by the agreement, now the Iranians want to change the terms,
2, many of the conscript evaders prefer to join the Russian backed 5th army Corps but the Iranians are trying to force them to join the Iranian backed 4th division and Air force Intelligence, and some of the conscripts that were forced to join the 4th division have now defected back to the opposition,
3, the Russian backed 5th Corps 8th Brigade usually controls the checkpoint in this area but the Iranians want to take over now, which would mean the Iranians would control all the roads in and out of the area, which would mean no one could make it to the Russian reconciliation center to join the 5th army Corps, they’d be arrested and either put in jail, fined from anywhere between 5 to 20,000 US dollars, or conscripted into the 4th division or Air Force Intelligence.

So it’s a battle of wills, do Russian plans for the area have a chance of succeeding or have they already failed, was Russia’s plan for the future destined to fail through lack of incite, or is Iran now doing everything they can to make them fail.
Russia may end up losing a huge chunk of it’s army soon, all the 8th brigade and many other sections of the 5th Corps will chose to join/rejoin the opposition if that’s the only choice left, they won’t support Assad without Russian incentives.

Next round of ziowahhabis provocations with full support of Mossad and CIA.
This won’t end well for those “moderate” ones.
Just wait and watch full show.

Just Me
Reply to  Icarus Tanović 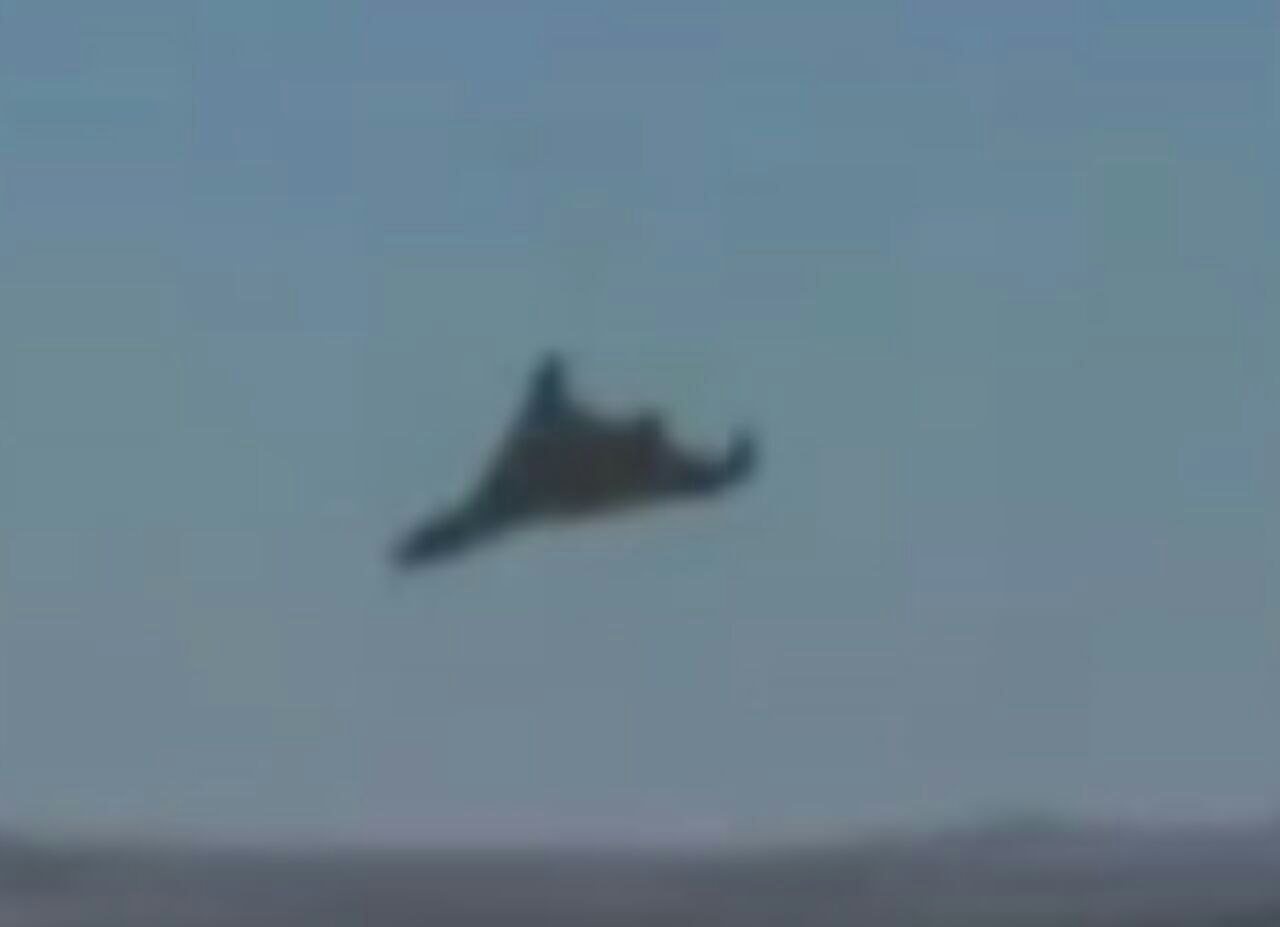 Just read a Turkish report that the Erdogan family is having a hard time selling the CIA stolen oil from Syria, since loitering “mysterious drones” keep hitting them. No stolen oil convoys have crossed for two days now. 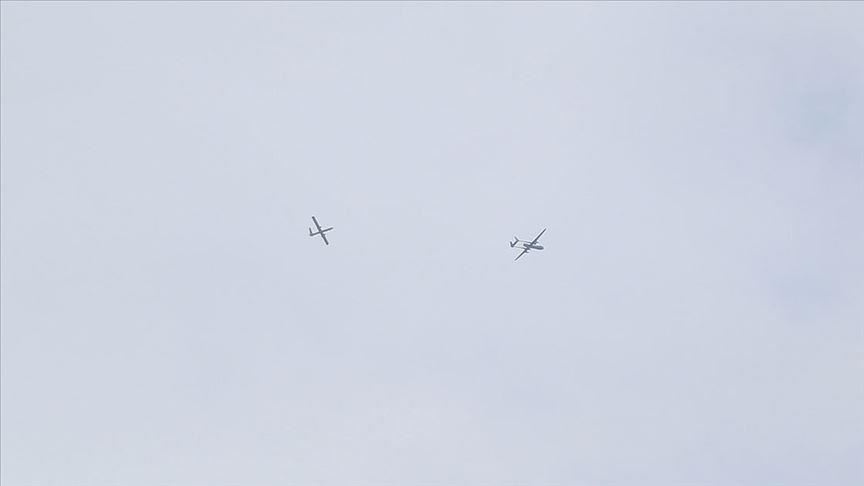 You sure about this? Some links pls.

No green bus this time

Syria’s body is eaten up by meat-eating ants terrorists. Syria Russia using a fly slapper trying to clean the thousands of ants crawling all over Syria’s body. Good luck….