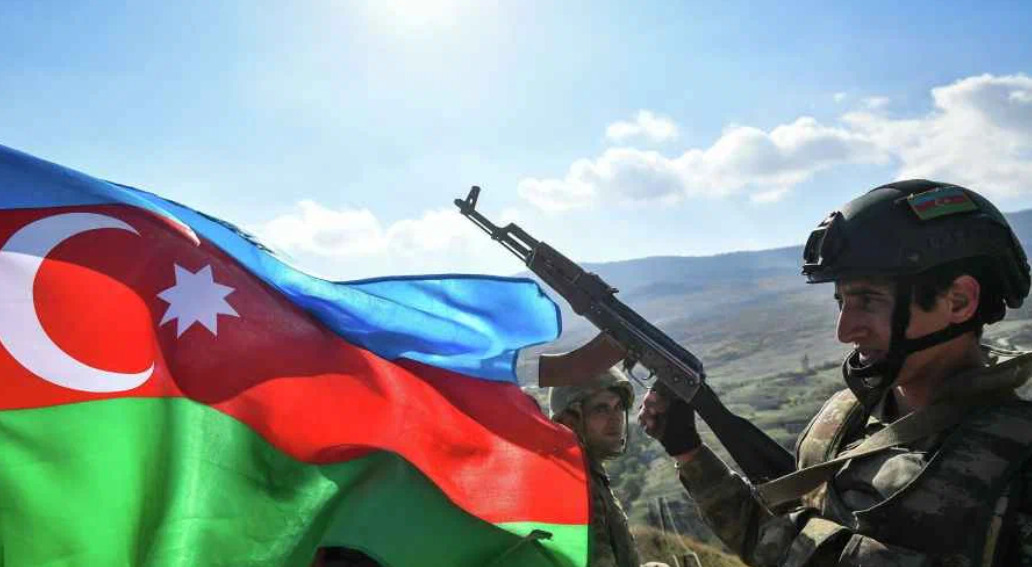 On September 16, the Azerbaijani Ministry of Defenses released footage documenting a successful attack on a key fortified position of Armenian forces during the recent limited confrontation in the disputed region of Nagorno-Karabakh.

The footage, which were taken by a Turkish-made Bayraktar TB2 combat drone, shows Azerbaijan troops advancing towards the position, which is located on a hilltop, then storming it amid heavy clashes. Armenian forces showed fierce resistance. However, they were eventually cornered in a trench near the position where they were struck by the Azerbaijani drone.

The small battle was a part of a confrontation that took place between September 12 and 14. The Azerbaijan military attacked Armenian forces in Nagorno-Karabakh after accusing them of carrying out a “large-scale provocation” in the directions of Dashkasan, Kalbajar and Lachin in violation of the Russian-brokered 2020 ceasefire.

The death toll from the confrontation has exceeded 200. On September 16, Armenia’s Prime Minister Nikol Pashinyan said that 135 Armenian personnel were killed. Meanwhil, Azerbaijan acknowledged that 77 of its personnel had died. Both countries had said the figures would likely rise.

A ceasefire, brokered by Russia, ended the latest fighting late on September 14, but the situation in the disputed region remains tense.

Russia, an ally of Armenia and Azerbaijan, said it would pressure both countries to pull their troops back to where they were before the confrontation broke out.

Putin has deals with Israel and Turkey – doesn’t want to cut those two off, even if it means another genocide next door. It’s the Putin way.

The Russian peacekeepers are only in the Artsakh People’s Republic and the border areas of that Republic, not the Armenia-Azerbaijan border. They are 2 separate issues.

The Synagogue of Satan is embracing all this chaos.

Scum like you are a bullet away from the dirt.

You dumb bitch still not died from monkeypox?

You are lucky Iran doesn’t flatten you, only because of Palestine.

No one in Israel supports Turks you fake piece of shit troll.

Ones a while i reply
Reply to  Shimon Bar Kokhba

True, most turks also deeply hate Israel. Not sure if this guy aware of it or just trolling?

Iron Zion 🦾🇮🇱
Reply to  Ones a while i reply

Ones a while i reply
Reply to  Iron Zion 🦾🇮🇱

Lol so that is your proof? I dare you to go to turkey and walk around with Israeli flag. Last time the Israeli basketball team had to run for their lives. Outside of the Kurds, Americans and Isrealis are their favorite scapegoats.

Limp Dick Zion
Reply to  Ones a while i reply

He confuses Turkish bathhouses where he’s extremely popular with the fellas with the actual country. Keep in mind he’s an imbecile so cut him a little slack

Peter
Reply to  Ones a while i reply

Not without reason that Israeli citizens have 2 passports.

Will assume they show their US or Russian passport and switch languages ​​when traveling to other countries.

Iron Zion 🦾🇮🇱
Reply to  Ones a while i reply

You are obviously one of the minority or the fake troll you traitorous scum. If no one in Israel doesn’t support Turks, how come we are arming the Azeris and even have bases in Azerbaijan, not to mention our economic deals with Turkey. I’m proud of the fact Israel supports the Turk and Azeri because our enemy Iran suffers. Now go change your fake Jewish name back to Yuri or else we neutralise you 🦾🇮🇱🦾

I have to hand it to you, but I think you just eclipsed the other resident idiot Jens in the idiocy department. Congratulations your hard work has paid off

How come that Israel and Turkey still have military cooperation, then?

If you look at it a bit positively, dead Islamists cannot litter the civilized part of Western Europe with their presence.

Islam is a curse to humanity.

Religion as a whole is humanity’s greatest curse

By your stupid zionazi logic, Christians and Jews are also a curse unto humanity. But the biggest curse is the political, atheist class, they are the motherload of curses.

I dont give a shit what people believe there’s a difference between spirituality and religion. Religion is” I’m right your wrong so my religion condones me hating you because you don’t believe me”. And naturally politics is the same thing especially in America. Besides if you think about it all religions just had contact with a different ancient astronaut that’s why there religions are only slightly different ;).

Demons are purely spiritual, and ancient astronauts are something druggies made up for demons.

When religious politicians and other religious leaders have ruled and misruled their country, they have to resort to technocrats to correct the economic situation and lead the country.

The technocrats are realists and atheists who shake their heads at the folly of insane god-worshippers.

True, along with Judaism, which is basically the same thing, as far as non-followers are concerned.

I look at your fake name positively because I realise you are an ugly Zionist hasbra, the result of eating pig shit and fornicating with kids :)

Don’t get so angry that someone criticizes your judgment.

The consolation may be that you were forced into a religion at a young age.

Videos not appearing for me, just a blank space on the page

Zionism is a curse on humanity.

So, it is clear the cease-fire agreement is a joke. If Russia won’t enforce it, what is the point.

Russia doesn’t have troops along the Armenia-Azerbaijan border, which I think they should do. But because of Ukraine I think they’re holding it back.

Currently Russia only has troops on the border and within the Artsakh People’s Republic.

2 separate issues (Artsakh and then the Armenia-Azerbaijan border) that are commonly mixed up. Artsakh is pretty much settled since 2020, but the settlement of the border issue remains to be seen.