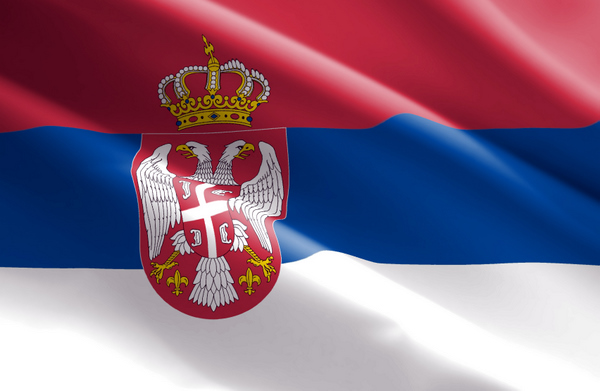 US Vice President Joseph Biden just completed a “three day visit to Serbia.” The phrase in parentheses is the spin Serbia’s puppet government in Belgrade puts on it. He actually spent only a couple of hours in Belgrade, just enough to deliver instructions. From there he flew off to Prishtina to spend the bulk of his time on Serbian territory in the NATO occupied province of Kosovo with his real friends, who were put in charge as a result of the 1999 aggression against Yugoslavia.

It is assumed that Biden’s visit will be the last to the Balkans by a senior Obama Administration official, so it may be of more than passing policy significance. What kind of message did Biden bring to Serbia and the occupied province of Kosovo?

There is no reliable way of answering that question other than by observing carefully Serbian government’s moves in the visit’s wake, which should give us the necessary clues. Official statements make it clear that the overall purpose of the visit was to strong-arm the Serbian government into accelerating its alignment with NATO and EU, which are practically synonymous. Explicit (and rather ominous) reference was made to Serbia’s standardization of arms and equipment with NATO. Another important “unfinished business” item was to put the final touches on Serbia’s abandonment of NATO-occupied Kosovo. Next month, for no discernible reason other than an otherwise empty, symbolic gesture of Western-mandated “regional cooperation,” the Serbian cabinet will hold a joint session with not only its counterparts from Albania, but also with officials of break-away Kosovo, who will attend as a government entity even though Kosovo is legally a part of Serbia. Needless to say, the agenda of “regional cooperation” and strict adherence to Biden’s injunctions must prevail, and the separatists will not be arrested by the Serbian authorities for treason at this meeting.

An important additional feature of Biden’s ultimatums, according to well-informed sources, is explicit policy coordination with the Western power block on an increasing number of levels, including adopting sanctions against Russia. It does not matter that at this late stage of the game it is clear that sanctions imposed by economic powers far mightier than Serbia have been a fiasco and that Serbia’s participation with the Western sanctions wolf pack will have no tangible economic impact whatsoever on Russia. But being forced into taking such a disloyal decision will symbolically confirm Serbia’s submission, and that is the point of it.

One of the details noted by some observers is the American side’s admission that US legal advisors helped the Serbian government make reforms to its criminal law code, police institutions and  whistleblower protection measures. Even those who have long suspected that American influence in Serbia was strong may be dismayed by this revelation that Washington was directly “helping” Belgrade even to write its laws.

But that is only the tip of the iceberg. Western emissaries, including their local Serbian NGO hirelings, are in charge not just of writing laws but are stealthily reshaping Serbia’s other strategic institutions as well. For instance, Western “advisors” are rewriting Serbian schoolbooks from the low grades on up. Western officials are ensconced in all major Serbian government ministries, purportedly to offer advice on better performance. That at least was the public rationale behind the “delivery unit” scam that was perpetrated by the unindicted 1999 Kosovo war criminal Tony Blair, when slightly over a year ago his agency was hired to impart its management wisdom to Serbia’s government. But in reality they are there in a supervisory and intelligence capacity, of course. A likely forthcoming step is for the Serbian government to use its current parliamentary majority to remove the constitutional provision which mandates that Kosovo is an inalienable part of Serbia. That is a key feature of the Kosovo “normalization of relations” plan ordered by Biden. The otherwise pointless joint cabinet meeting, including Kosovo “ministers” in a setting that implies separate statehood, is an incremental step in that direction and one of the fruits of Biden’s visit.

Some argue that, as a counterweight, there are the planned Russian-Serbian military drills next month near the Croatian border. From this and other evidence of similar nature it is suggested that the Serbian government is engaged in an intricate “balancing act” between the two blocks, and even deserves some praise for its diplomatic adroitness.

It is theoretically possible that such sanguine observers are privy to some strategic information which the rest of us do not have, but a safer bet would be that they are deluding themselves with regard to Serbia’s “balancing act.” The Serbian government is as entirely in the pocket of its Western puppet-masters as the Serbian people are committed to the closest possible alliance with Russia and the Eurasian block. The regime is using the politically inconsequential President Nikolic as a Russia-friendly façade, just as it is using PR stunts such as joint exercises with Russian forces, as a tool to deflect attention from its steady slide into the Atlanticist political and military camp arrayed against Russia.

It is becoming increasingly clear to even the most torpid observers that Serbia’s governing clique is being ferociously pressed to accept a geopolitical choice that is patently immoral, opposed to their country’s values and traditions, and contrary to the national interest. The time has once again come for “Serbia is to find its soul.” That was Winston Churchill’s memorable remark, made in a different context but in an eerily similar situation, following the 1941 popular coup in Belgrade which deposed a craven regime that in its time made a disastrously wrong geopolitical choice by signing a short-lived pact with the Axis. The way for Serbia to find its soul today is to urgently start working to restore its natural alliances and to forswear the execrable political choices that are being made for it by the country’s corrupt elite.

Biden and Obama are not your friend Serbia. Neither is any English. Look to Nations close to you and to Russia and Iran for true friendship.