It looks like the EU is impressed with Vladimir Putin’s actions in Syria: EU-president Jean-Claude Juncker all of a sudden said the EU should not let the US dictate its relations with Russia. He demanded a normalization of ties and therefore indirectly an end to the sanctions. 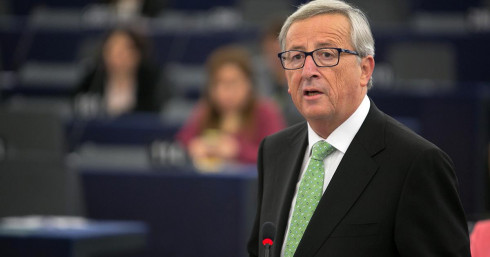 President of the EU-Commission Jean-Claude Juncker spoke in favor of improvement of ties with Russia. “We need to try to reach relations with Russia that we can work with. That is not sexy but it has to be done. We can’t continue like this”, he said on Thursday in Passau. One does not have to fully agree on everything but a negotiations based on reason should be established.

“The Russians are a proud people”, the country has “a role to play”, Juncker said. “One mustn’t push them from the global stage or else they will push back as we have seen, and very quickly so.“

He criticized that US-president Barack Obama reduced Russia as a “regional power”. “You have to treat Russia with dignity”, the Luxembourgian explained. “We cannot let the US dictate how our relationship with Russia has to be. That can’t be.”

The remarks are particularly noteworthy. So far the EU has claimed that the sanctions against Russia were decided in full agreement with the Americans. US-vice-president Joe Biden, however, said previously that the US-government pushed the EU towards the sanctions. Juncker putting in reverse gear now is confirming Biden’s remarks.

It is hard to say what Juncker really thinks: In March Juncker still demanded the foundation of a European army that was to be exclusively targeting Russia.: Such a European army would “give Russia the impression that we are serious about defending European values”, Juncker said literally back then.