Government troops are clashing with the remaining Hayat Tahrir al-Sham in the town of Khan Shaykhun in southern Idlib. Units of the Syrian Arab Army and the Tiger Forces liberated the northern entrance of the town and are advnacing towards its center.

According to pro-government sources, the town is about to fall into the hands of government forces. Nonetheless, the situation remains complicated. 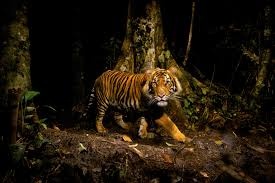 The outcome was never in doubt as I know how incompetent the Turkeys are. Their M-48/60 WW2 vintage tanks are no match for Kornets and Russian airpower and they have got the message when their terrorist reinforcement convoy was hit 5 kms north of Khan Sheikhun by a warning Russian strike and buzzed at very low level.

Opposition factions have withdrawn from Ltamenah, Kafr Zita, Morek, and from villages of Latmeen, Lahaya and Marakba in the northern countryside of Hama and from Khan Shaykhun in southern Idlib countryside. Now the SAA should confirm.

The areas are changing hands very rapidly and the Turkeys are being squeezed as the SAA and its allies assert control. From a military and logistical point, the Turkeys will not be able to hold on to any lands in Syria as it would be very expensive and men and material as the Turkeys are already broke with a deadbeat economy and 25% unemployment..

No stop ’til Ankara!

Watch for the terrorist blowback on Turkeys, it will make Afghanistan look like a joke. The Turkeys now want to expel all Syrians, who they cultivated and groomed for 7 years to fan terrorism in Syria.

Okay, now good night to all and the Tigers.. I can barely keep my eyes open and need to get up in 4 hours. :)
Great day!

FUCK TURKEY AND THEIR TERRORIST MINIONS!!

Come here and take your clothes off so we can fight like real stronk turks!

haha yu are a terrorist lover ,your time com soon .

fucking Kids, fucking sheep, fucking Donkeys.. that is the only Thing turkish bastards can do!!!

Beware! These Folks get paid in $hekels to manipulate & speak with Crooked Tongue…

Copy this and use it every time you run into one of those PARASITIC HASBARAT-TROLLS:

Taken from UNZ Review, article, “Use of TERMITE by Louis Farrakahn was exactly right” – “Arthur Koestler, (a person of the Jewish Faith –My, Freespirit emphasis ) is quoting from Maurice Maeterlinck’s Life of the Termites in order to establish in his readers’ minds a salient political point. Not only does Koestler find the termite to be the most accurate metaphor for society’s decay, but his other book, The Thirteenth Tribe, debunks the claim by the white Caucasian Ashkenazi Jews that they are Jews at all! His careful, scholarly, and historically accurate 1976 study found that the white people we think of as Jews—the Netanyahus, the Jonathan Greenblatts, the Alan Dershowitzes and the rest of them—are imposters with no genetic connection to the holy land or holy people of the Bible; they are not even Semites! Koestler  proves that their Caucasian tribal ancestors converted to Judaism sometime in the 8th century. So the charge of “anti-Semitism” constantly leveled at Blacks and their leaders has no actual meaning at all.” https://www.unz.com/article…

The donkeys and goats runs away when their see Turkey soldiers and Erdogan.

You dumbass Turkeys are cowards, 2 Russian SU-35 chased 4 of your worthless F-16 trying to assist your terrorists, fucking losers;

BEIRUT, LEBANON (7:40 A.M.) – The Turkish Air Force in desperation deployed some of their warplanes to the southern countryside of the Idlib Governorate after the Syrian Arab Army (SAA) scored a series of gains near the city of Khan Sheikhoun by decimating Turkish supported HTS terrorists..

According to the aviation publication Avia.Pro, two Russian Su-35 jets intercepted the Turkish F-16 warplanes and forced them to leave Syria’s airspace after deploying flares and making low level passes.

Posted the below earlier, it is “pending” rather than “detected as spam”. Just switched browser to Chrome from Firefox. The Sultan outwitted again by precision Russian thinking and air attack. SAA Generals and their advisers have a plan which is being carried out very effectively by their troops. Now seem the right time for SAA to bring in reserves and to quickly encircle pocket by smashing their way to Sukayk and maybe to move swiftly northwards along the M5 highway as Sultans proxies run apace to pappa. These headchopping cowards are in disarray and must be buried as they run routed. Let this be the beginning of their end in Idlib and Syria. Victory SAA

Seems to be working on Chrome for the time being anyway

“What is best in life?” Conan: “To crush your enemies, to see them driven before you, and to hear the lamentations of their women.”

The Turkeys are very incompetent, weak and basically illiterate third world NATO cannon fodder. The SAA and Hezbollah can easily defeat them with massive casualties. What Syria needs to do now is to create a forward air-defence umbrella from Aleppo to Latakia with a combination of S-300, BUK and Pantir systems to support the very successful SAA ground operations. It would be best to declare a NO FLY ZONE soon.

The Turks fought well in Korea and suffered heavy casualties to prevent US, forces I think, from being surrounded.

Their attack on and invasion of Syria was a huge blunder by Erdogan, as is its oil drilling around Cyprus.

The TF & SAA have essentially already taken the town and are performing sweeps & mopping up to ensure the town can be secured and prepared for the inevitable terrorist counter-attacks.
In the next day or so the pocket will be completely sealed marking a huge loss for the terrorists and their supporters. Next focus will be M4 liberation and it’s hard to see how the terrorists can hold out after such losses during the SAA’s M5 advances. All eyes on Kabaneh, if it falls soon we will be witnessing the beginning of the end for the proxy filth in Syria.

The Americunts, Turkeys and Zionist parasites are not going to give up that easy, they will now activate more terrorism in Eastern Euphrates in both Syria and Iraq. They are sore losers and just intent on destabilizing the region for a failed Zionist Yinon plan and the moronic Turkeys idiotic bid to annex parts of Syria and Iraq. However, the Axis of Resistance and Russia is now in a very strong position as both major powers Russia and Iran are on the same page as events in Idlib have clearly known.

Next stop Constantinople my nikkas

That’s right, go SAA, show them Wahhabi pigs some discipline. Now, as they’re loosing almost everywhere will see them more running back to theirs homelands.

Actually, the Turks are worse than the Saudi and Emirati Wahhabi pigs. Erdogan the swine destabilized and terrorized Syria for no apparent reason. Syria was a friendly and peaceful nation and perhaps the most modern in the Arab world and this bastard Erdogan caused so much misery for nothing, but to please his Americunt and Zionist masters. Turkeys will face mega karma, just wait and see. 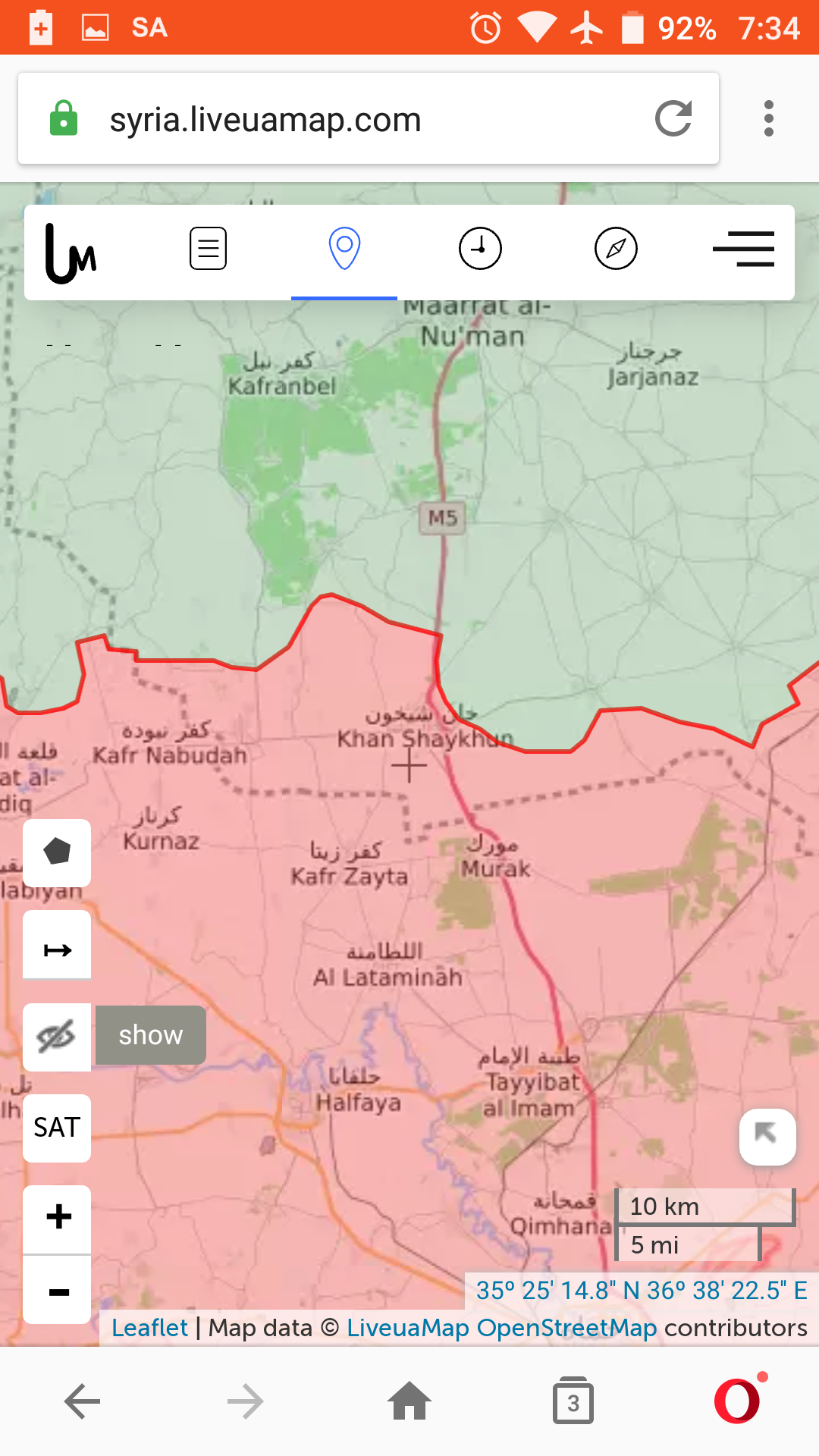 The fucking Jew parasites and Turkey trolls have disappeared :)

it’s as if they’ve been exterminated by gamma rays like cancer treatment. they have disappeared for the time being lol

Not only that, Russians have cooked a few Turkeys and SU-35 chased away F-16, very humiliating for the Turkeys.

lol those F-16 pilots were probably shitting themselves

Updated news,
Its under SAA control now, not just the town, the whole area is, there’s been a total SAA victory over the last few hours which resulted in all of the contested southern territory being retaken by the Syrian government, all of it, every bit, so there’s no more rebels around anywhere, just some straggling Turks that have to somehow make their way home now, through a sea of SAA soldiers, bye bye, LOL LOL LOL.
Check syrialiveuamaps for more info.

The next photos you’ll see will be of the liberated town with lots of dead rebels in the background, LOL.
Heroic SAA soldiers are going to be patrolling these streets from now on, this is SAA territory now.
The rebels fled without putting up too much of a fight, which is surprising since the Turks were already there to help them with their new convoys of tanks but didn’t, were they too late, or was this just a plain old evacuation, we’ll find out tomorrow.
Go SAA Go, keep up the momentum now, strike while the irons still hot, make them bleed even more than they have already, don’t stop until you hit the Turkish border pushing the rebels until they’re right on the border, then let Erdogan shoot them for you, because there’s no way he’s going to let them in.

The moron ErDOGan has turned on Syrian refugees now as Idlib is being liberated by the SAA and now wants all Syrian refugees, who provided the bulk of terrorists out.

Soon all those terrorists and their families will be knocking on Erdogan’s door wanting to come in out of the rain, but he’s just sent 10,000 soldiers to the southern border to stop them, LOL.
Soon there’ll be a tidal wave of terrorist families heading north, that’s going to make it even easier for the SAA to take back territory when they leave.

Another expected development is that the Turkeys have turned on Syrian refugees as their pipe dream of annexing Idlib fades away.

Unregistered Syrian refugees and migrants have until Tuesday to leave or face expulsion from Turkey’s biggest city.

i think turkey should retreat so fast that will abandon the whole stolen hatay province back to syria!!

You can call me Al
Reply to  mhtsaropinigitakis