Syrian intelligence operatives have destroyed a militant ammo depot located in area of Jabal al-Arbaaine in southern Idlib in a special operation, pro-government sources close to the elite Tiger Forces revealed on July 5.

The sources released photos of the special operation, which took place on July 3. The photos show a black smoke and flames rising from an isolated building. 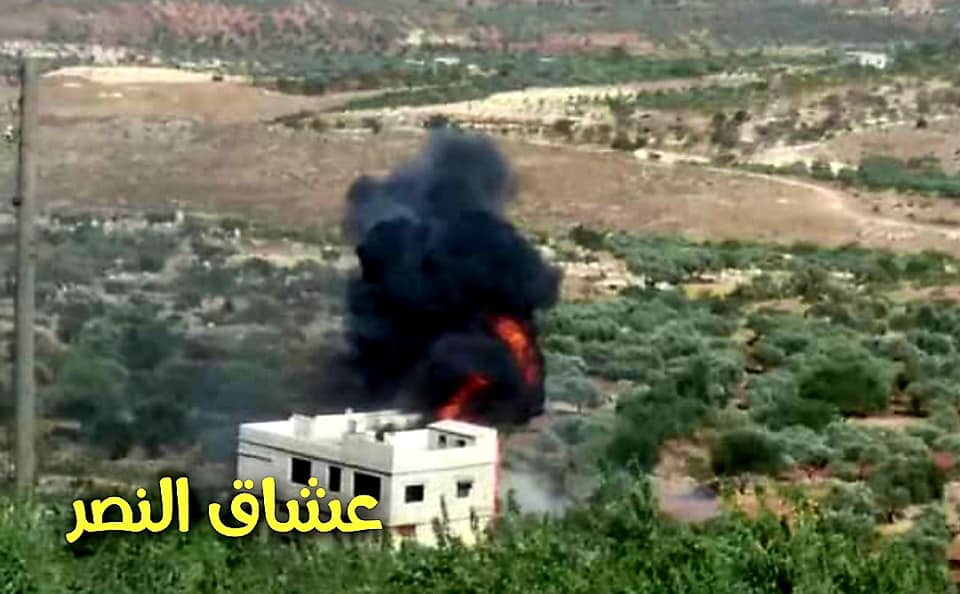 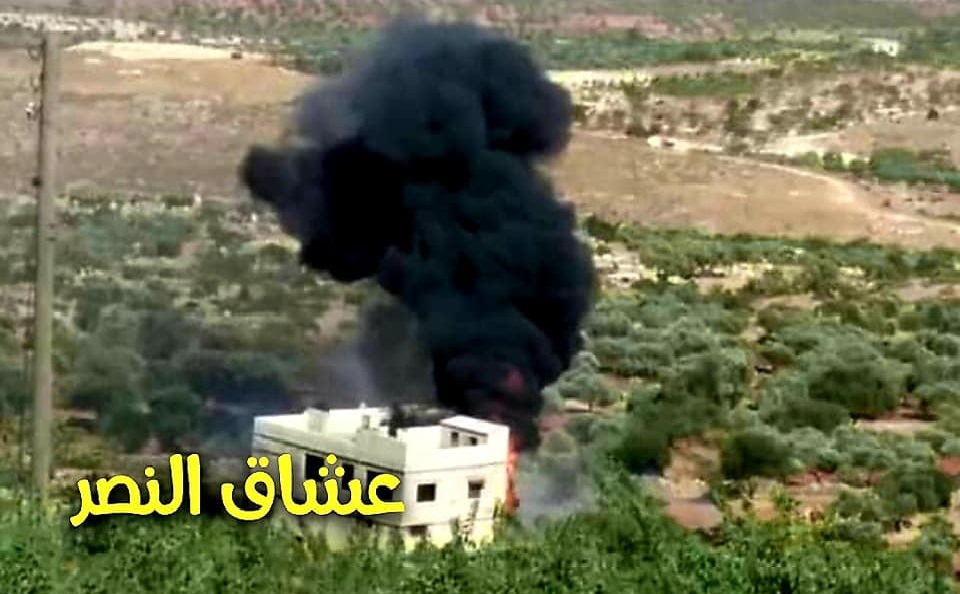 Two days ago, opposition activists reported several explosions in Jabal al-Arbaaine. However, the activists said back then that explosions were caused by Syrian and Russian airstrikes.

The Syrian intelligence is highly-active in Greater Idlib. Hay’at Tahrir al-Sham (HTS), which controls the region, claims that it captured dozens of operatives in the last few months.

Last month, the terrorist group executed seven civilians after accusing them of being spies for the Syrian intelligence and even for Russian forces in the country.

You are absolutely right but these terrorist countries believe Might is Right. Who is tough enough to teach them otherwise?

Majority of world leaders have made their nations slave of America by curroptions and by accommodating US, UK and NATO military bases. God will humiliate and punish them indeed in this world and will send them to hell on their death.

The Saker has covered the political and military situation very thoroughly: http://thesaker.is/ the July 03, 2019 article titled “Debunking the rumors about Russia caving in to Israel”. There are links to other articles written over the years of the attack on Syria and why Russia saw fit to join Iran and Lebanon in defending Syria against the Zionist forces of the US and NATO.

Just wouldn`t a ammo depot explode with intensity, that there would be no building anymore? So everything on this is plausible, except that this was a ammo depot, likely it was anything else belonging to the “moderate Opposition” or at least their was really not much ammo.

One would think so. A video would’ve been more convincing.

Would you hang around after torching an al Qaida building? Can you imagine getting busted? Having said that it does not convince me either.

I would prefer to just call in an air or missile strike while filming from a safe distance. But maybe a jerry can and matches are cheaper?

One thing that few people consider is that S series hypersonic anti aircraft missiles are dual use. They’re also incapable of being stopped with NATO or IDF anti missile systems. And can be used to hit surface targets as well as airborne targets. It’s occurred to me the S-200 that hit Cyprus might not have been an overshot from an attempted IAF plane shoot down. But a warning shot to Cyprus and others supporting attacks on Syria or attacking Syria that they are vulnerable to Syrian missile strikes.

Interesting thought, just the S-200 is not hypersonic (doesn’t matter for your thought, obviously it can reach Cyprus).

I said the same as well. Asymmetric attack on Turkey so that it shuts up. You will note it was fired at Turco- occupied Cyprus and not the Loyalist Greek Free part.

Also ,didn’t Serbia have s200 in Yugoslav wars of the 1990s ? If so ,why did they not shoot down many many more Nato aircraft?

I know that the Serbs had the shorter range systems. But I don’t know about the S-200. I don’t think that they had the Soviet battle management system or satcom integration like the SADF got after the IL-20 shoot down. Which increased interception rates. Without it. The systems are running at impaired capacity. Even if they’re up to date and well maintained.

There are reports that only 30% to 40% of IAF missiles are getting through. And a lot of the targets are soft targets with little air defense. The longer the range missiles like the BUK and S series missiles provide blanket coverage in theory. But are to expensive to waste on things like glide bombs or small diameter missiles.

It’s becoming increasingly clear to me that there’s a technology threshold issue. In areas where the Russians have an advantage over NATO. And they don’t want technology recovered that the west doesn’t have that they can reverse engineer. So outside of Syrian airspace they don’t want the more advanced stuff used.

The Serbs may have run into similar problems. The later model S series missiles probably have extensive satcom requirements. And if the Russians don’t permit access to their satcom system. It impairs the missile’s capabilities.